How to choose the correct graph

This is a question based on electromagnetism. 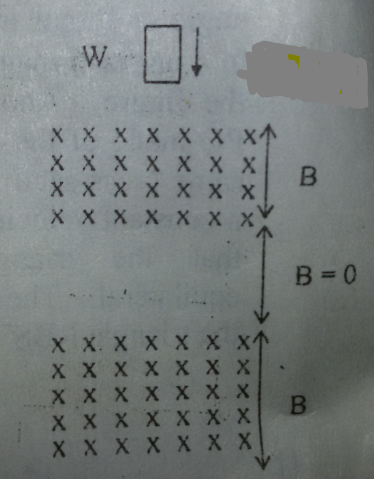 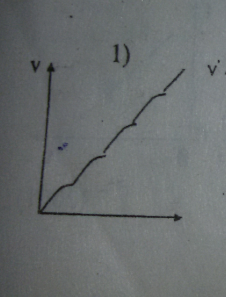 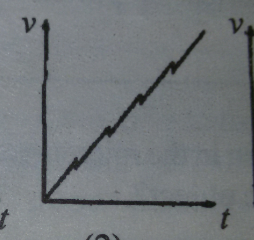 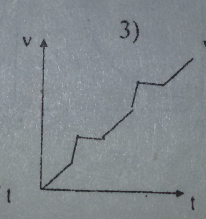 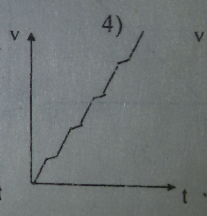 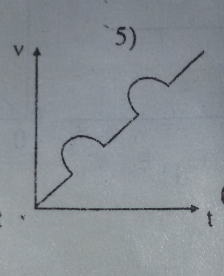 Now let me give you the things that I have tried 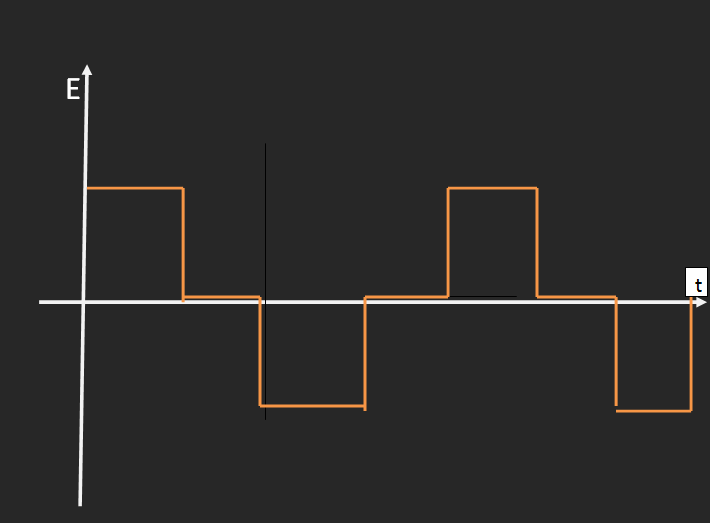 But what is the correct variation?

So what is the correct answer?

As pointed out in the comments, the answer depends on the current that is induced due to the magnetic field that it is moving through.

You need to start by looking at the current that will be induced in the wire loop, now I'm not going to give an in depth explanation but for this problem what you need to know is

I believe I now have the solution to the problem, mainly from reading this

Ok so I missed out a major part where the induced current is dependent on the rate of change in the flux linkage, and I also made a mistake on working out the direction if the current. I will now try and explain what I believe to be the correct answer .

So to start off we know that if the loop did not pass through any magnetic fields the loop would just continually accelerate towards the ground due to there being no air resistance to counter act the force due to gravity. So if there was not any magnetic fields present we would expect the graph to be just a straight line.

Now I will look at the loop interacting with the magnetic field for 3 different cases.

1) From the point that the bottom part of the loop first enters to the loop fully being in the magnetic field there is a change in the flux linkage. This therefore means that there will be an induced current since as we know from Lenz's law a current will be induced that will try and generate a magnetic field that will oppose the direction of motion that the loop is travelling in.

Now if you are just interested in knowing the graph that represents this case it is kind of enough to know that since the generated field will try and oppose the motion the force will be going up causing the loop to slow down, but if you are interested in the current direction you can using the right hand rule to find the direction.

2) Simple no rate of change in flux linkage means no induced current, which means the loop would continue to accelerate like there is no field there.

3) Now this case is the same as the first case.

Change in flux linkage means a current is induced that will try to oppose the direction of motion, that will mean that loop also slows down when it is leaving.

Putting this altogether, and taking into account the rate if change of flux causing the induced current to change and hence the force that will be opposing the loop falling. The graph that would match up with this would be number one.

You can choose the correct graph by looking at how the velocity changes with time as we know how the motion should be effected by the presence of the magnetic field, from the description above.

Now initially it is good to keep mind that without the magnetic field the loop would continue to accelerate to the ground at a constant rate, so we could just expect a straight line.

However we know that the loop is going to accelerate at a slower rate 4 times (entering and exiting the 2 fields), so we will expect this to be reflected in the graph by a reduction in the gradient of the line, which we would see at 4 different points for the period of time that the loop is entering the field. We know that once the loop is fully in the field that the rate of change if flux will be zero and hence no induced current, which means that the loop will go back to the same acceleration as at the start.

To start with I am simply going to eliminate the graphs it definitely can not be.

We know that at no point the loop accelerates, so we can eliminate 3 as the acceleration is indicated by the increase in gradient.

The three remaining represent something close to what we are looking for. The loop will enter and exit two fields, so we will expect a the acceleration to decrease.

At this point I would then say it would be one as we know that the current is proportional to the rate of change of magnetic flux and hence we would expect some sort of variation in the force opposing the loop falling and hence a change in the rate of acceleration. So as one is the only one that has a curve in the graph it must be that one.

For clarification I will go through each of the 3 remaining graphs to show that it should be one.

So number two has 4 points where the gradient of the curve becomes negative which is what we may expect due to the opposing force created due to the induced current. However I would say that it should not be this graph due to the very abrupt changes to the velocity when the loop is entering the field and the fact that the acceleration does not change during this period of time (indicated by the straight line), which we would expect due to the rate of change of flux would mean the current varies which would mean the opposing force generated would vary.

We can dismiss number 4 for pretty much the same reason, yes there are 4 distinct parts of the graph that could be interpreted as the loop entering and leaving the loop. But due to the straight line during this transition we can also dismiss this.

So this leaves us with number one, which is the correct graph. It has the 4 distinct regions and the gradient varies during this region as we would expect. As for both entering and exiting the magnetic field you would expect there to be a gradual change in the opposing force at both the beginning and the ending of each "transition zone", i believe that the quality of the printout of the graph does make it harder to see the gradual changes in velocity that the loop undergoes.

First lets look at the basic operation of the system. As the loop enters or leaves the magnetic field the magnetic flux enclosed by the loop changes. Faraday’s law states that this changing flux will cause an EMF (voltage) to be induced in the loop, and since the loop is closed, this EMF will drive a current around the loop limited only by its electrical resistance. This circulating current then creates its own magnetic field that opposes the loop’s motion creating drag.

To begin we need to solve for the EMF induced in the loop. This is given by Faraday’s law for a square loop as:

Where l is the loop width. We can then use ohms law to calculate the current that will circulate in the loop as:

Knowing this we can then calculate the power dissipated in the loop due to the induced eddy current as:

Next we make the observation that energy must be conserved in the system*. If heat is being dissipated in the loop this energy much correspond to an equivalent reduction in the kinetic energy of the loop's physical motion. We can use the kinematic equations to write the mechanical power lost due to a drag force as:

From this we find that the drag force acting to slow the loop down is linearly proportional to its current speed. Given that the graphs are of velocity it is helpful to consider the total acceleration of the loop due to the forces acting on it (gravity and the drag). We can apply Newton's law to the above equation to derive an expression for the net acceleration the loop will experience. Note that the net acceleration represents the slope of the velocity graphs:

The most confusing one to eliminate is (1) as this appears to show the correct asymptotic velocity profile. However the problem is that at each step the equilibrium velocity being moved towards is different whereas our equation shows that the value is constant.

Note that we can't be 100% sure that (2) is correct because we can't tell from the image whether the velocity is being decelerated towards the same equilibrium value. However if you work through a process of elimination you should see that it is the only eligible option.

*technically as the current is fluctuating, some energy will be transferred into and out of the magnetic field generated by the current in the loop - its self inductance. However this is very small and we can ignore it.

Not the answer you're looking for? Browse other questions tagged electromagnetism velocity or ask your own question.

0
How does an inductor generate back emf equal to a source driving it?
1
Regarding the forces created in magnetic field
3
A doubt on electromagnetic induction?
0
About induced current
1
Findning the magnitude of the current
1
Lorentz force of a conductor loop
0
Voltage/Current varation according to the time and EMI