We have got a 20W led ,RGB from a good seller in China.

The seller told me this :

Is it means that the control lines are with these voltages ??

Please see the attached image. thanks very much. 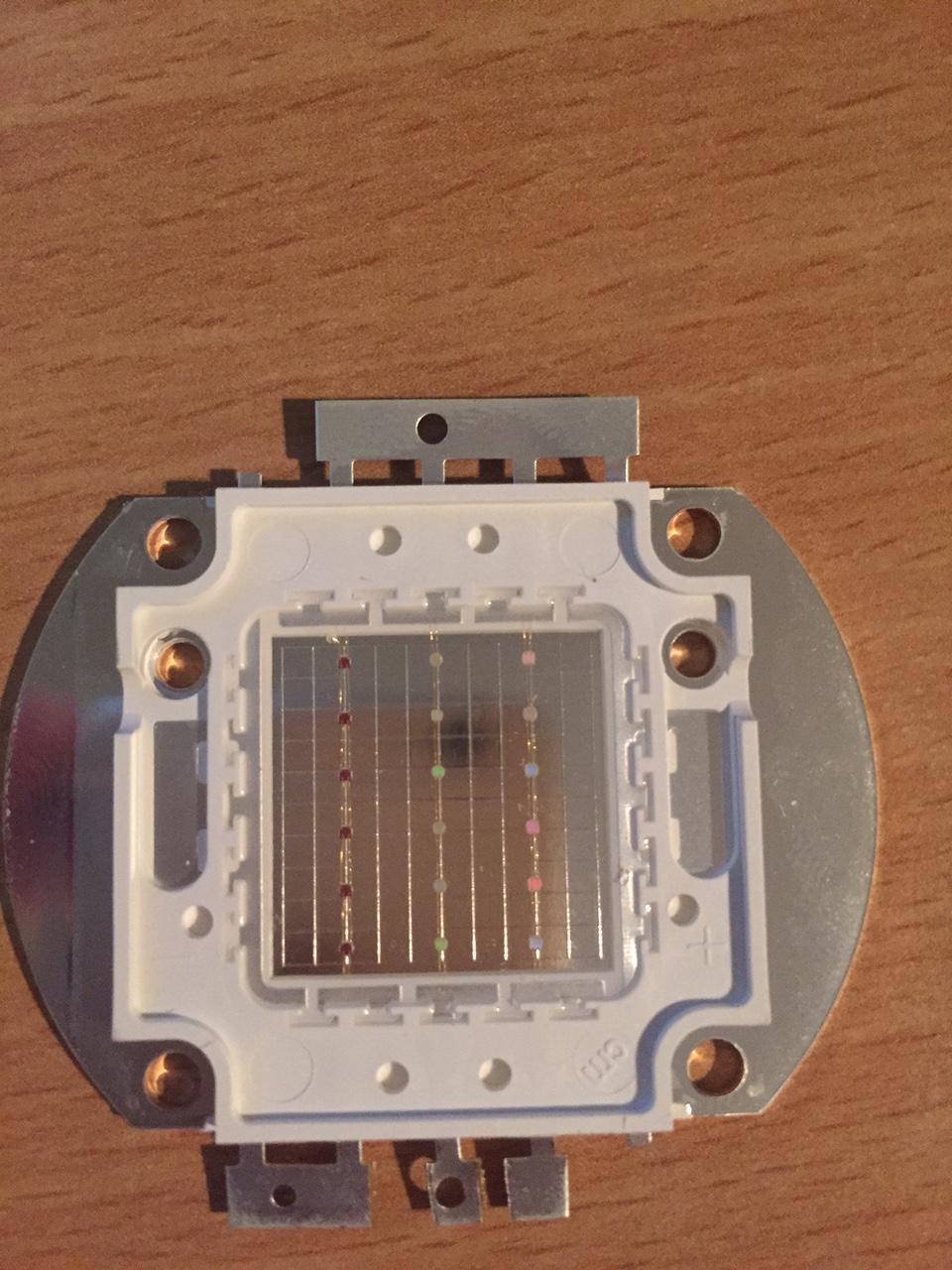 Just poke around with a 30V power supply with a 1K resistor in series, as Starblue suggests and you'll quickly figure it out (I suggest the resistor because the output capacitor of even a current-limited power supply could damage the LEDs conceivably)

Probably 3 strings of series or series/parallel with a common. Whether it's common anode or cathode is unknown.

Chances are the top strip in your photo is the common, and the bottom left is red and the other two are green and blue (maybe not that order for green and blue).

You need to limit the operating current into the LEDs to less than the smaller of the rated current and the maximum allowed by the power dissipation. As in the comments if you power this up at anywhere near the claimed 20W input power it will see perhaps 18W of heating and will expire in short order.

Not the answer you're looking for? Browse other questions tagged led rgb or ask your own question.

0
RGB gets wrong values
0
Multiple LED's, one controller, diagram included
2
Issues with NPN Transistors and RGB LEDs (Common Anode)
1
Control Simple RGB LED Light Strip With ESP-01 Using Homebridge
2
What power supply do I need for my LED light strips?
3
Powering 30m of RGB LED strips?
2
Will this MOSFET be suitable for driving a 12V 1-2A Load from an Arduino?
0
RGB LED strip presets controlled by a switch via 2-pin connector
0
Arduino RGB ledstrip control 2 separate power supplies
1
Which of these is the correct wiring of an RGB light strip with n-channel MOSFET for Arduino