How to understand term wavelength of radio wave in real life. What this column 'Wavelength range' means to us in real life? 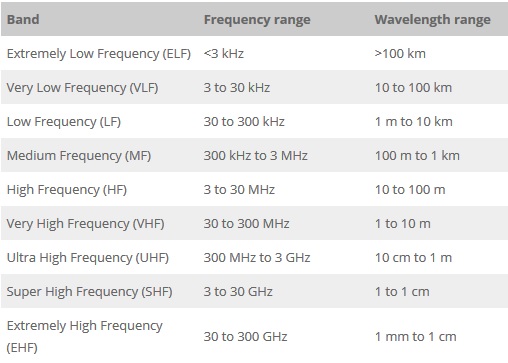 I theoretically understand what it is (distance between two successive peaks in signal), but cannot imagine what is it in real life.

Sorry, but It is not clear what you mean by "in real life". You say you understand the theory, so you understand it is another parameter of the wave, just as the frequency is, but you don't seem to have problems with this latter.

I can only guess you need some example from other fields that are more "visually clear". So I propose you to think of the waves on the surface of a lake when its waters are still. When you throw a stone in it you can see circular waves expanding from the point where the stone sank. If you measure the distance between peaks, that's the wavelength. 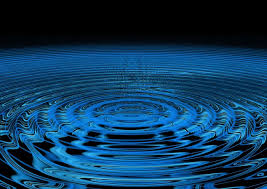 Of course such nice pictures cannot be taken for EM waves, since you cannot "see" them. At best you could see some effects which can be explained taking wavelength into account, such as diffraction (Wikipedia). Excerpt:

In that article you can see some equations describing the visual effects caused by diffraction. Many patterns that are produced in the experiments can be related to the wavelength of the waves involved.

Note that diffraction can happen with EM waves at any frequency (RF diffraction), but its effects are not usually "visible" as those caused by light sources.

In this other interesting Wikipedia article on interference you can see also images of effects that depend on wavelength.

In particular, interference between EM waves can have a tangible effect on everyday life with your cell-phone (for example): namely fading. In short: have you ever wondered why sometimes your cell-phone receives a clear signal and, by just moving it a couple of centimeters away, the reception becomes crappy? That's fading in action!

Another practical situation where you must take wavelength into account is circuit theory and Kirchhoff's laws (KLs). KLs are not valid unconditionally, but can be used only under some specific assumptions, namely: the circuit dimensions must be much less than the minimum wavelength of the signals the circuit is going to handle. If that requirement is not met, the results obtained using KLs can be wrong and you'll need to use Maxwell's equations to analyze the circuit. Actually KLs are derived from Maxwell's equation under the assumption that the circuit is much smaller than the wavelength. That's why microwave circuits are either extremely small or are "funny" because the "components" you see on them don't resemble classic "low-frequency" parts.

In real life it means exactly that. If you stand at one point, where there is a peak in that particular wave of wavelength 3.33m (100MHz FM Public Radio Band), then 3.33m ahead of you that exact same wave will have another peak at that exact instant. In between those is the rest of the sinusoidal response.

Because the wave moves at the speed of light, though, you're going to have quite a bit of trouble verifying that accurately just by holding a metal rod and running around.

There's not much more to say about it, really.

I don't have privileged to comment & hence writing it here.

wave is transfer of energy(not particles) from one place to another place or through any medium. this link will give you the idea about how the waves travel or energy is transferred. Also animated pictures might clear your confusion.

frequency of a wave remains constant even if it travels through different mediums. so for a wave velocity & wavelength are in direct relation. as the velocity increases wavelength increases & hence in less time it will cover more distance & hence a cycle (single wave cycle) will become wider than it was before. You can also assume two waves with different frequency but having same velocity & can conclude the result.

In real life, the wavelength is the size of the antenna. A typical antenna is 1/2 wavelength wide. Look around at TV antennas, and estimate the wavelength of the signal they are receiving.

For example, glass and water refract light. The refraction/absorbtion/reflection behaviour of a substance will be set by the resonant frequencies of the substance. Refraction/absorbtion/reflection is caused by the interaction of electrons, or atoms, or molecules, or crystals, with the electro-magnetic / radio wave /light. The physical size of these components determines the wavelengths that they interact with: the wavelength determines the physical size of the objects an EM signal can interact with.

Think of it as ocean waves approaching you while you're standing at the waters edge. The top of the wave represents its highest energy point (transmission signal peak). The distance between the peak of one wave to the next is the wavelength. The time it takes between one peak hitting you to the next is the 'frequency' of the waves. 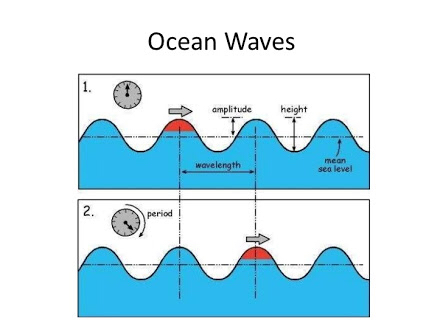 Obviously, ocean waves are extremely slow compared to transmission signals and easily visible, but the principle's the same. Here is a article you may be interested in, written by casey chan which visualizes what it would be like if we could see wi-if signals.

3
Fundamental property of an EM wave