How can I properly tell if a wall wart is OK to use for old hardware?

I bought a Sega Genesis model 1 from a local thrift store recently for $10. It was sold as "broken, for parts only". It didn't come with any cables.

I've repaired several vintage gaming systems in the past so I took a chance on seeing if I could repair it.

When I got home I realized that I didn't have a proper power supply for it. I have several Genesis model 1's and 2's but the only power supplies I had for them were for the model 2's. Which takes a smaller barrel plug.

Anyway, first thing I do is Google the power requirements for a model 1 (couldn't find it listed on the actual unit) and after some investigation, it appears the model 1 needs 1.2A/9V DC. I'm going from memory but that should be pretty close.

So I dig in my parts bin and I cannot find anything that fits and has those specs (several 1A but no 1.2A).

Next I get on eBay and find a vendor that claims to have sold thousands of power supplies for Sega and claims he has exactly the one I need. His ratings were good but when I asked him the specs, he said it was 350mA and 10V. Well, I figured the 10V would probably be OK but the 350mA seemed too weak. He assured me it would work (and it was cheap) so I bought it.

It arrives and when I plug it in, it worked like a champ. Total investment $19.95 for a working Sega Genesis.

My question is, how is this possible? Are the 1.2A specs online just simply too conservative? I have tons of 500mW supplies so they would probably work too. How can I "properly" tell what kind of power a unit like that REALLY needs?

The rating on the wall wart for current is the maximum it can supply at the rated voltage output usually. What your Sega takes from that wall wart is a totally different matter so, when you concluded that: -

You may have been misguided.

The best way to determine what current is needed by your equipment is to contact the original supplier but this may not be appropriate due to the data being unavailable on olde products like the Sega thing. Measuring it yourself can appear easy but, are you measuring current taken when device is working the hardest?

IIRC, there should be a label on the bottom of the Genesis console showing its input power rating. 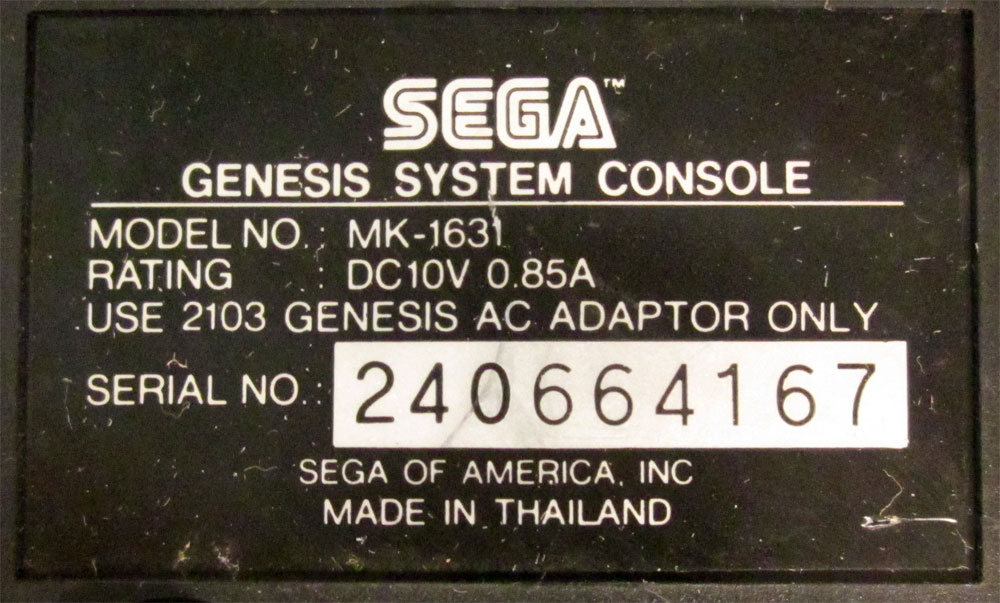 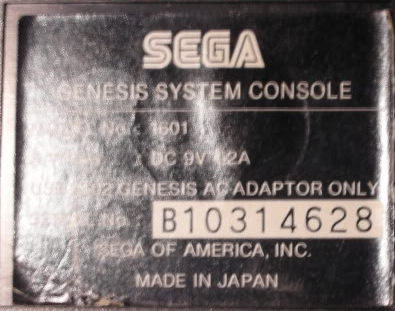 There may also be a hint embossed in the plastic near where the adapter plugs in (your mileage may vary).

Using an adapter that provides a different voltage or insufficient current is at your own risk - the Genesis or the adapter may fail.

It's possible to construct an unregulated wall power supply with a big transformer, a few diodes, and a capacitor, or with a small transformers and some fancier electronics. Historically, the former approach was cheaper, but nowadays the electronics required to use a small transformer cost less than the copper, iron, and shipping weight of a large one.

With regard to the reason a unit whose nameplate specifies 1.2A would work with a 350mA supply, there are a few reasons:

I would expect that if you were to plug into your Genesis a cartridge which drew Sega's specified maximum allowable current, a 350mA supply would not be able to power it usefully. If, however, you plug in cartridges which consume a much smaller amount of current, then the machine as a whole would require a lot less than the 1.2A of current specified on the nameplate.

Not the answer you're looking for? Browse other questions tagged power-supply load vintage or ask your own question.