What is the circuit for the PMOS driver found in synchronous buck regulator ICs?

Some synchronous buck regulator ICs sport a NMOS lowside switch and a PMOS high side switch. I understand why these use a PMOS/NMOS pair instead of a NMOS/NMOS pair, but I can't seem to make sense of how one would drive the PMOS at 1MHz without significantly impacting the ICs quiescent current.

Asked differently, what is the circuit for the component show below (taken from the SC192 IC, which switches at 750kHz and has a quiescent current of 50uA). 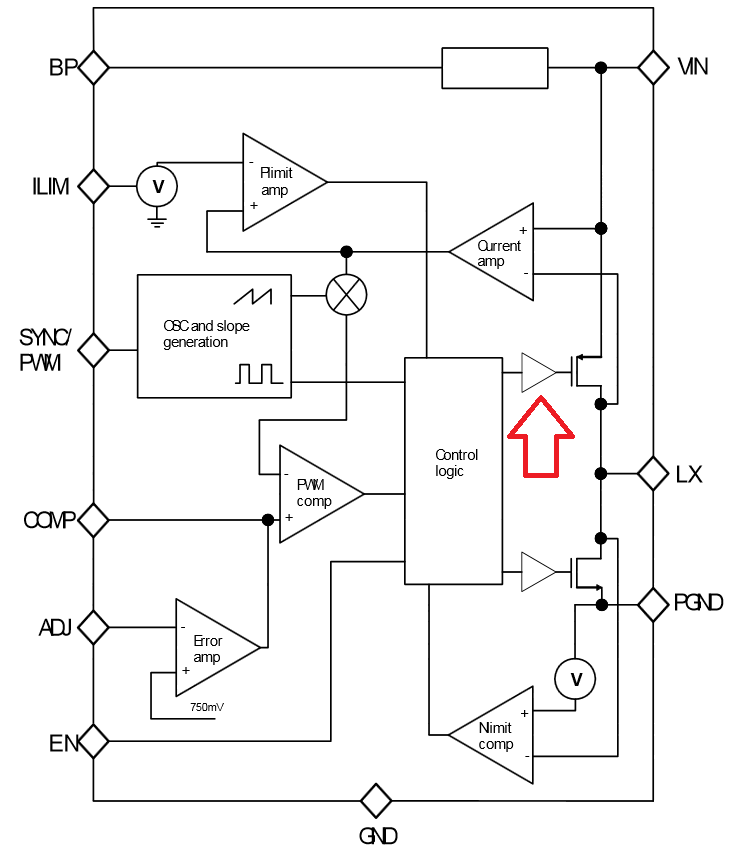 I recently found this schematic (from the IR2302 600V NMOS Driver) which shed some interesting light on the matter (annotations assume we are driving a 500V load with a 15V VCC). 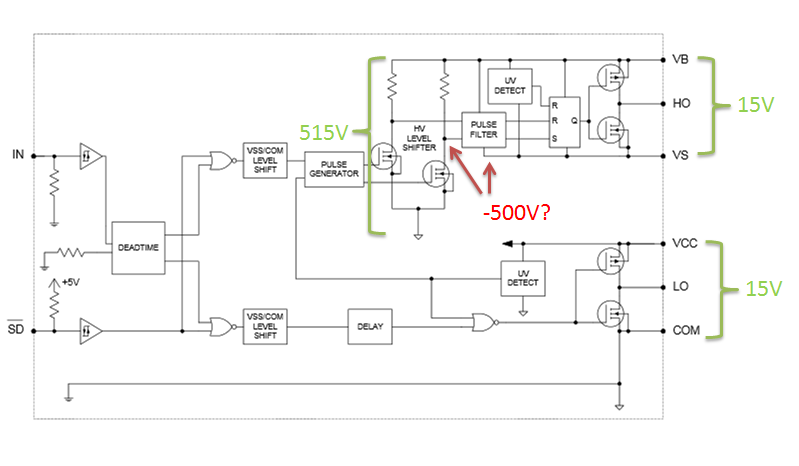 To level shift from VCC levels to high voltage levels (say, 500V), they use NMOS pull-downs with resistive pull-ups. This presumably works because the following stage (labeled Pulse-Filter in the diagram below) has very small input capacitance (in the order of a few pF) and so can be switched at high frequency (the part is spec-ed to switch at 1MHz).

The catch with this IC is that it's used to drive N-Channel MOSFETs. For P-Channel MOSFETs, is it as simple as taking the ~Q output of the SR latch on the schematic above (i.e. inverting the output logic)?

The key is in your above-linked datasheet:

At moderate to heavy loads, the converter operates in the PWM mode with a fixed frequency of 750kHz. At light loads the converter enters the power save mode by modulating the frequency, pulse-frequency-modulation (PFM) which achieves high efficiency under light load conditions.

So it's not really operating at 750kHz and 50uA, more like one or the other. The efficiency starts to drop off below 30mA output current, dramatically so below 10mA. 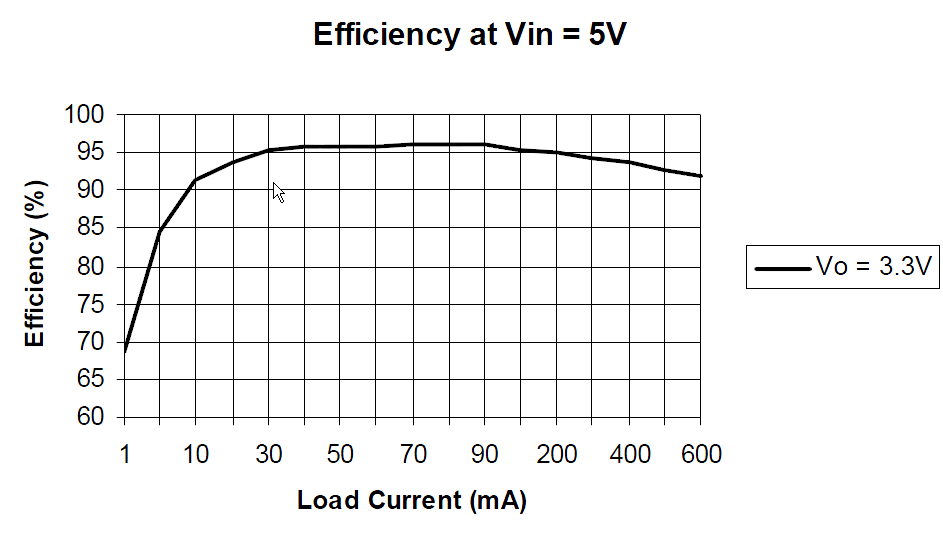 At 1mA output current, the efficiency is ~69% = Pout/Pin. Pout is 3.3mW so the device is using about 300uA from the 5V line. Still quite remarkable.

Not the answer you're looking for? Browse other questions tagged mosfet switch-mode-power-supply mosfet-driver pmos or ask your own question.

0
Looking for the logical equation from this PMOS circuit
3
How to convert a wide voltage range (1 V-12 V) to 5 V?
0
driving high and low side mosfet for synchronous buck converter?
1
Driving Logic Level NMOS and PMOS
0
Capacitances in a PMOS transistor: what about the n-well?
1
Factors that effect what current a Synchronous buck enters the Discontinuous mode