I've been planning to make an aux cable for my BMW 3-series, because the original costs 80€... So I've read a couple of DIY and I've found this

So I've ordered the cable, capacitors, and the resistor, but they sent me the 22uF capacitors instead of 0,22uF.... I just want to know what difference would it make if I were to install the 22uF ones, and would it work?

The capacitor i received: 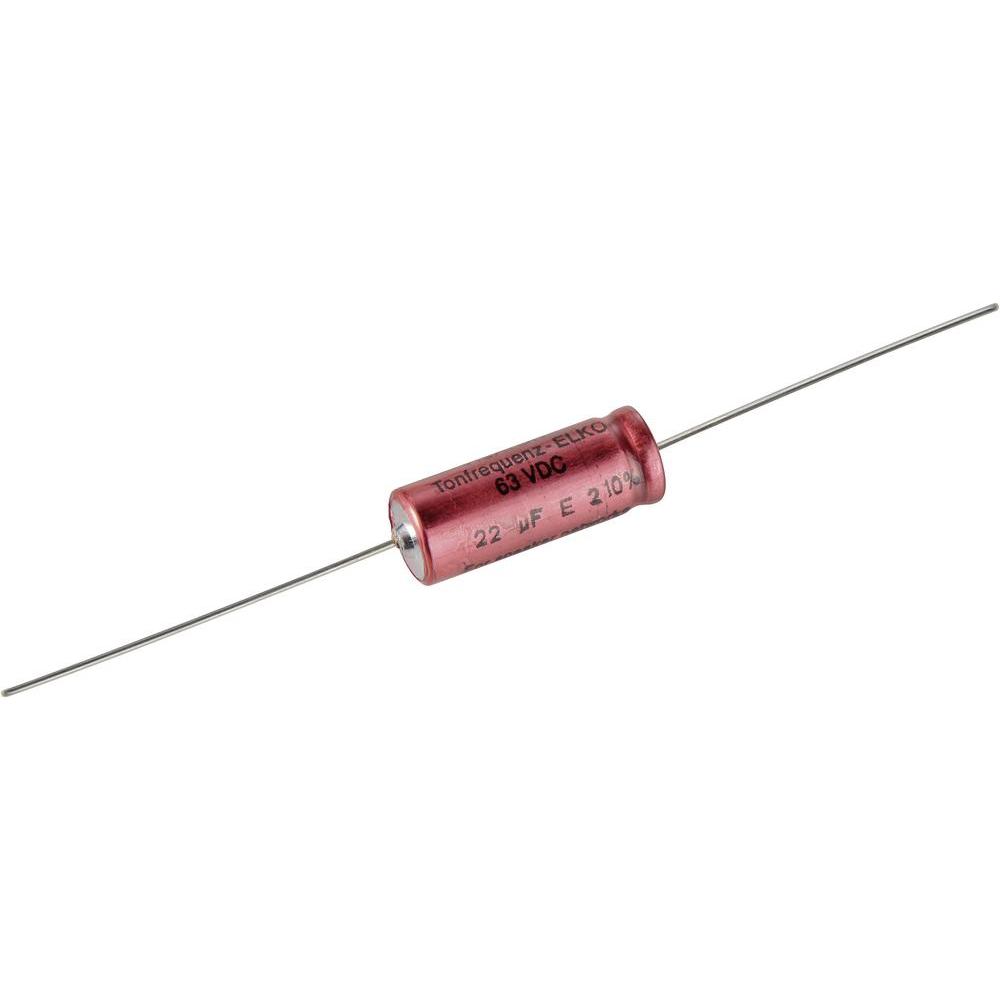 Thank you for your help

The purpose of the series capacitor in an audio circuit is to remove DC bias from the signal. The larger the capacitor, the lower the frequency that can be passed from one stage to the next. Using a larger capacitor is not usually a problem unless there is a specific need to filter low frequencies.

Normally electrolytic capacitors are polarized and the negative lead must be connected to the lower voltage, but Visaton's Tonfrequenz-Elko electrolytics are bipolar and can technically be oriented either way.

For best performance though, you'll want the lead connected to the can to be towards the lower-impedance stage so that absorbed RF has a lower impedance path to AC ground. So the lead that connects to the can goes to the car, and the other goes to the audio device output.

Your schematic looks like a highpass filter at 5Hz...if it were a mono balanced cable. (single signal appears between the two signal wires alone) But it looks like you want stereo unbalanced. (separate signal appears between each of the two signal wires and ground, one each for left and right) So I'd question the suitability of that schematic in the first place.

If it were me, I'd wire it straight-through without any resistors, capacitors, or anything else. Just the two connectors and some wire.

That being said, capacitors that position are often used for highpass, as mentioned above, or to block DC. (special case of highpass because DC = 0Hz) The use of bigger capacitors in a highpass or lowpass will simply reduce the cutoff frequency by the same factor.

In your case, you have 100x the capacitance, so the cutoff frequency of the filter will be 1/100 of what it would have been, or 0.05Hz. This means that it won't filter as much inaudible sub-bass (doesn't matter if there isn't any to start with) and it'll take 100x as long to settle on plug/unplug/power-on/power-off events. If that's okay, then go ahead and use them.

Ignacio and others also have a good point about polarization. Electrolytic caps are made as short-circuits and then "charged" with DC very loosely like a battery to form an oxide (rust) layer that insulates the internal parts so it's not a short anymore. Give them the opposite polarity than what they're marked with, and the oxide dissolves again. If you need a lot of capacitance without the polarization, you can use two caps in reverse series with twice the capacitance each, or you can buy non-polarized electros that are basically that in a single package.

Not the answer you're looking for? Browse other questions tagged capacitor resistors input or ask your own question.

4
Have I cooked my caps?
2
Why are these two same rated metallized film capacitor physically different
25
Ceramic vs. Film Capacitor: Which one is preferred in audio circuits?
1
Question on Resistors for use with 5050 LED Strips
3
MIL-Spec Differences
0
Is unplugging computer power cable from PSU the same as electricity outage?
0
How do I safely discharge a 3900 pF 3 kV (and 9 kV) capacitor?
1
Converting a car receiver CD player to AUX using source selector IC