What's the point of this thick trace in my PCB?

I'm looking at a trace that goes from Pad 2 of a component to pin 22 of the QFN. What's the point of the thick trace at the beginning if it ends up being as small the pin where it is run? 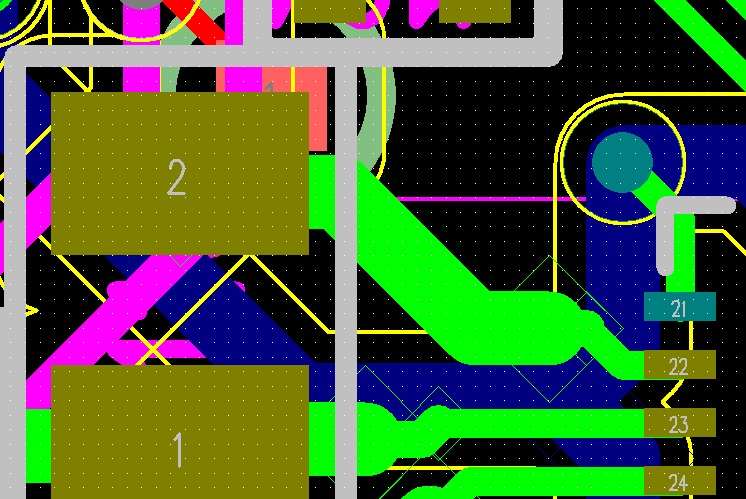 The wide trace takes fewer squares to fill and therefore has less resistance than a narrow trace.

2
PCB alterations post-production. Or, how do I not stab myself while scraping off the copper?
2
Best way to fix burnt PCB trace?
6
PCB trace clearance in 220V circuit
5
How to minimise trace fracturing in PCB design - multiple thin traces or one thick?
4
Routing thick high current traces to small SMD pads?
3
What is the reason for multiple ground connection and multiple testpoints on this PCB?
0
pcb trace to act as a potentiometer?