I'm working on a PCB for the MP2617. That IC integrates a buck converter and has two physical SW pins sandwiching the VIN pin, as shown in my tentative layout below. No other pins on the IC are doubled. So I'm wondering if the doubled SW pin is to increase the current capacity or just to provide more layout options. I should note that the device will be operating at the top end of its input voltage and step-down ratio capability (14 V to 3.6 V), and 2/3 of its output current rating of 3 A. The estimated inductor peak current is 2.5 A

The datasheet is mute on that matter. 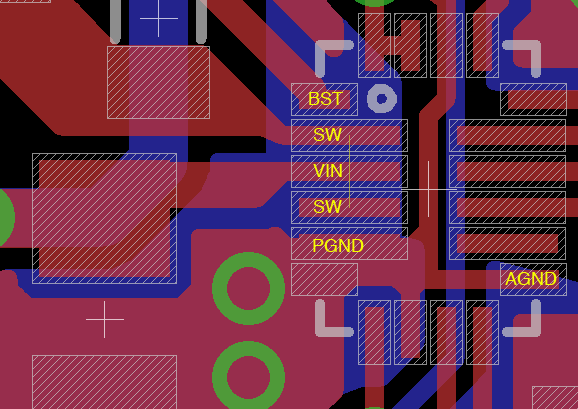 you say no other pins are doubled, but I see the PGND under two pins as well, possibly even four.

This is a synchronous buck chip with internal switch, it's very possible the low-impedance path is (, as Plasma says in the comments,) between the three pins closely put together:
VIN, SW and PGND;
where the top SW is more of a looped-around after thought. The power path should definitely include the other pin with least amount of impedance possible (few vias in series or many in parallel and thickest trace as you can get).

It is possible the SW pins are in direct parallel on the chip and they both jump over the bulk VIN with wire bonds of the same or similar description, but in matters of chip design it seems less likely. If they both offer a same or similar path, the only thing I can think of would be one pad being closer to the high-side switch and the other closer to the low-side switch, which would then again mean both need to be connected as low-impedance as you can.

This is a fairly high frequency (up to 1.6MHz) switcher- you may wish to follow the manufacturer's evaluation board layout on this particular matter. As you can see, the pins are both connected together on a 2-layer layout. 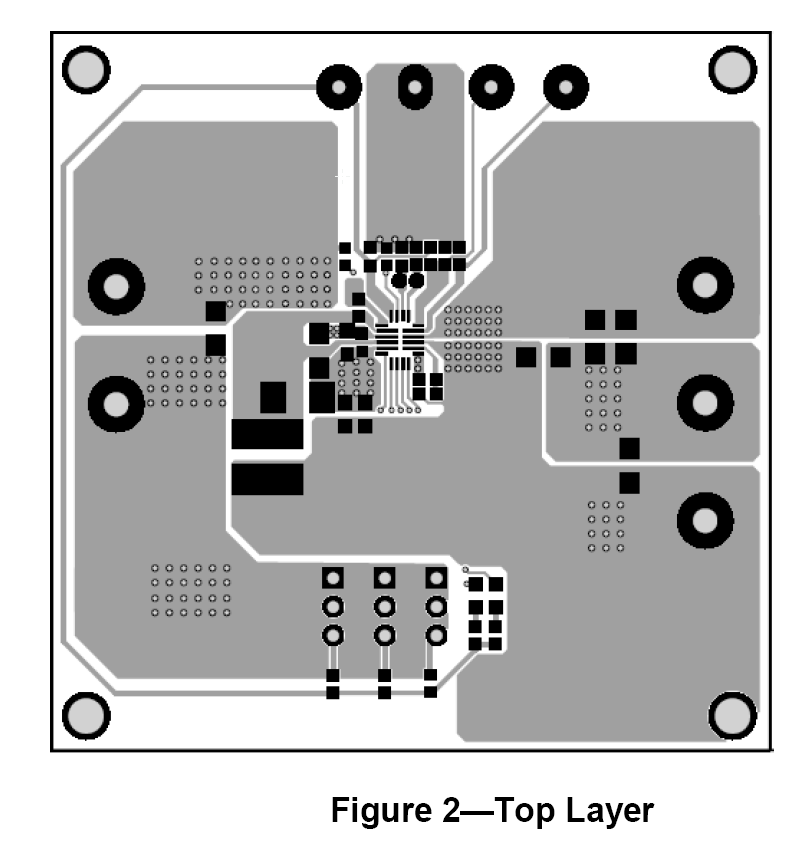 Not the answer you're looking for? Browse other questions tagged pcb dc-dc-converter buck layout pinout or ask your own question.