It's probably nothing to do with the voltage per se. Phones use resistors on the data lines on a charger connection to communicate the information on what the charger is capable of- the iPhones won't attempt to charge with open data lines.

Since this varies from phone-to-phone and as new models are developed, it's best researched on the fly, but for today, the information from LadyAda is as good as any, and more accessible than some of the more official sources (such as chip datasheets). Choose according to the capabilities of your charger. 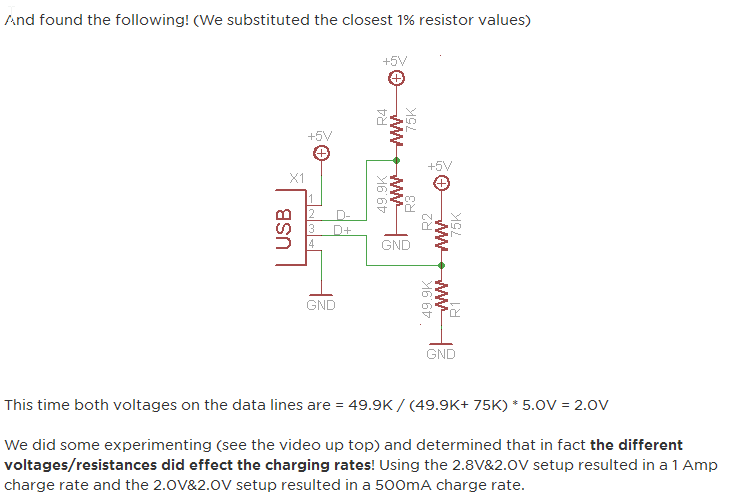 4.92V is 1.6% low. It is perfectly normal for a regulator (which is what resides in the booster) to have a 2% (on many occasions more) tolerance.

The product you are charging (if you identify it I can answer more certainly) will very probably accept 5V +/- 5% at least.

It's likely due to too small a wire gauge inside the cable, resulting in voltage loss in the cable itself. 99+% of charger cables are 28 gauge. After market micro USB cables will pretty much always result in charging at 500 mA, maybe less. Solution? Get a 24 gauge cable -- 24 gauge is ~ 60% larger then 28 gauge.

Not the answer you're looking for? Browse other questions tagged usb charging 5v or ask your own question.