How to charge an AGM battery fast?

I have a 12V, 200AH AGM battery. The maximum charging current recommended by the manufacturer is 50 amps. Now, I need to connect two AGM 12v batteries in series to connect to the input of my 24 volt inverter with battery charger.

Is it possible to charge these AGM batteries in 5-6 hours?

What is the current and voltage required from battery charger in the inverter to charge the AGM batteries in 5 hours?

Is it safe to charge the battery in 5-6 hours? If not, what is the recommended charging time?

Any special precautions to be taken with this kind of battery charger? 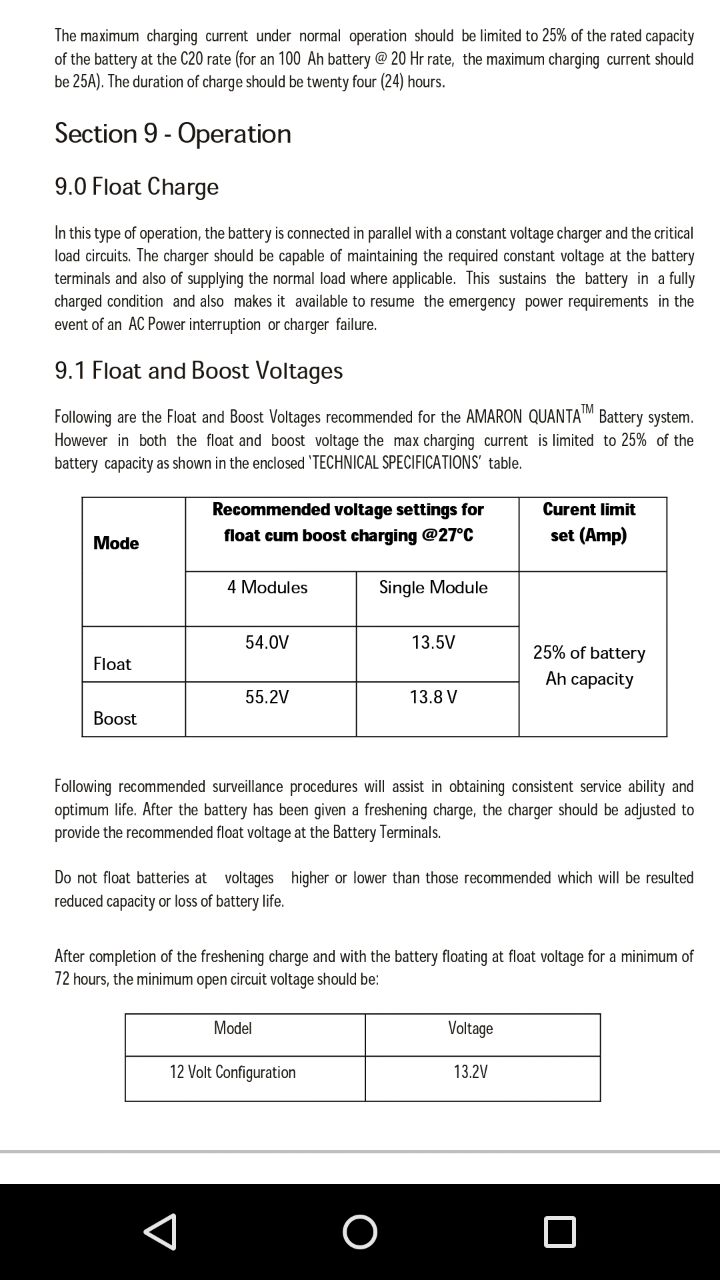 If you connect two batteries in series for charging, they MUST have the same state of charge - ideally, they would have been used in series, as a 24 volt battery. They should also be same make, model, and vintage/use history.

A smart charger will deliver its maximum current until the battery voltage under charge reaches about 28.8 volts (or so)(for a 24 volt battery), and will then reduce the current, maintaining 28.8 volts, then reduce the voltage to a float charge level.

See Batttery University for more details. (AGM batteries are a variation of lead-acid, which that page discusses.)

You can safely charge an AGM battery at the 5 hour rate, but it won't be fully charged in that time. At 0.2C (40A for a 200Ah battery) the battery should reach maximum voltage in less than 5 hours. At this point it will have ~60% charge. The charger must then reduce charging current to prevent the voltage from rising further, and the closer the battery gets to fully charged the slower it charges. This 'Constant Voltage' (CV) phase can take up to 16 hours.

Since the majority of time is spent in the CV phase, setting a higher charge rate doesn't greatly reduce total charging time. You can terminate the charge early, but be aware that capacity will be reduced.

When charging two batteries in series you should monitor the voltages on each battery during charging. If the voltages diverge significantly then you will have to equalize them.

Unlike flooded Lead-Acid, AGM batteries can only take a small amount of overcharging, so to equalize them you have to charge each battery separately (using a 12V charger with 13.8V float). Each battery should be left on the charger long enough to ensure that it is fully charged (at least 16 hours, longer if using a lower current charger). 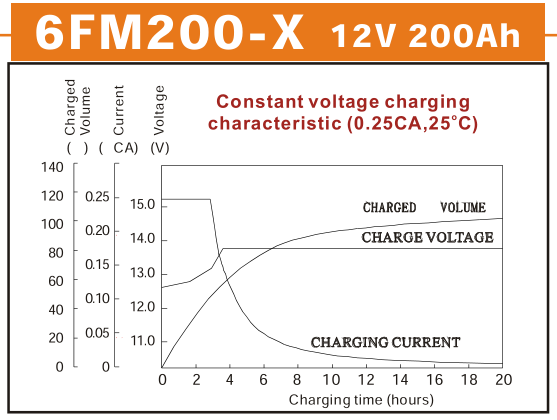 Not the answer you're looking for? Browse other questions tagged battery-charging inverter ups cell-battery or ask your own question.

3
Do I have to keep an AGM battery on float charge 24x7?
1
Number of cycles for AGM battery with an inverter
0
Battery charging- Float mode and boost mode
0
battery chargers - AGM and lithium
5
How to fast charge a Lifepo4?
2
Replacing four 6V flooded lead acid (FLA) batteries with two 12V AGM in a floor scrubber. Will this work?
0
Charge AGM battery from car alternator
1
"Safe" (but slower) charge method for AGM batteries?
0
Lead acid battery and lead acid battery charger -- specs don't match, but can I use them anyway?