Did my comparator break?

One thing I am concerned about, is that the marking on the comparator isn't the same as in the datasheet. The comparator does note it is the LM393P however, but I might have mistaken which side was "up". I believe it to be the side of the small circular indentation now.

The readings almost always return 1, but periodically return 0. These periodic readings seem to be separated with a almost fixed timing (~0.5s).

Having the comparator been placed in reverse, should I expect it to be broken or is there possibly another cause to my problem?

I'm not sure of a website or application in which I can draw schematics easily, as I am a beginner to electronics, but I'm willing to sketch a schematic if that's of use. 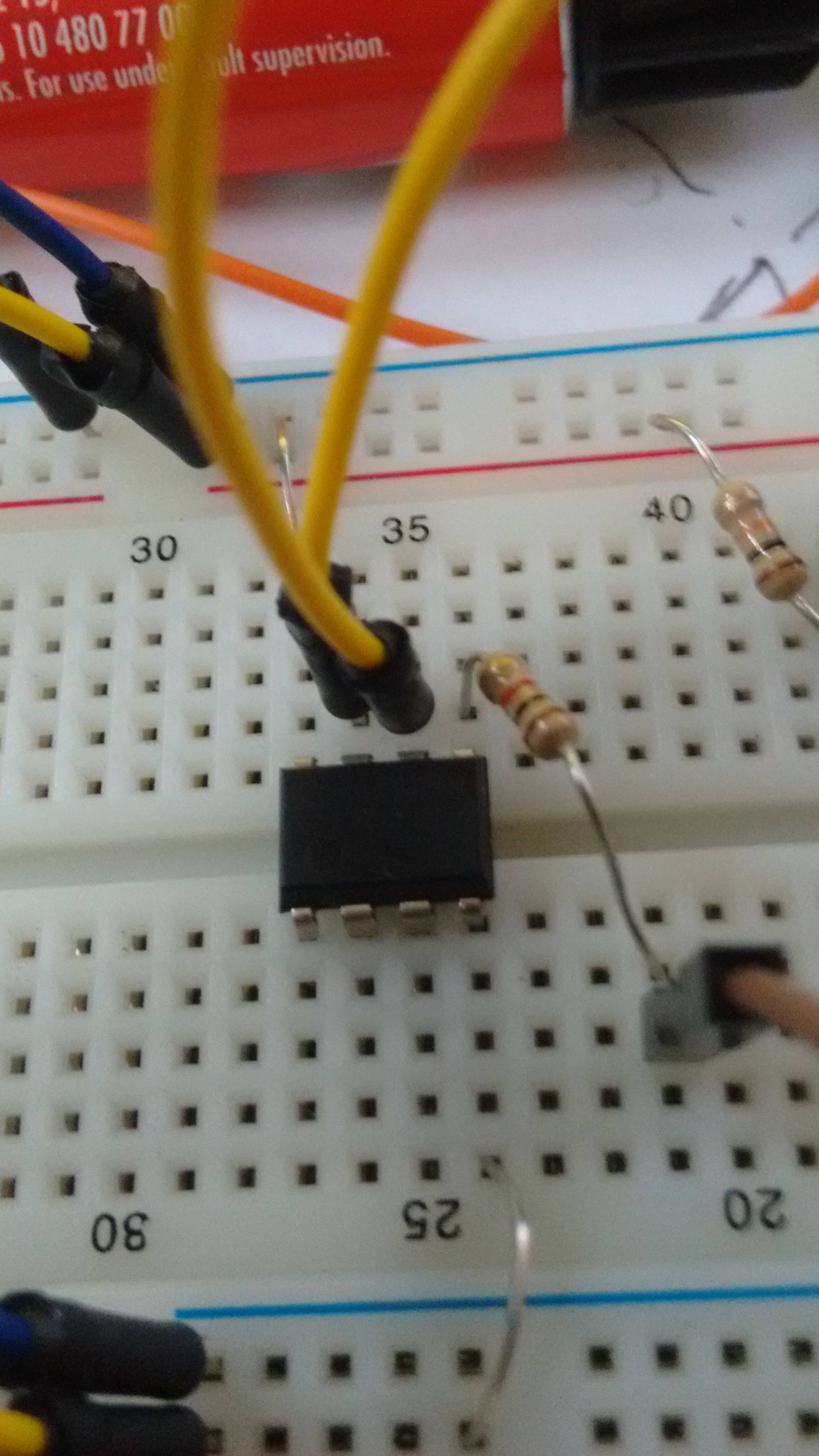 Just ordered some extra LM393's. I will keep this question open and check whether a new IC will fix the problem.

Made some new observations. I've got the LM393N's in the mail, and they show the same scenario. If I connect a led to the output, I see a faint light with a 100 Ohm resistor, while the same led on 5V input shows full brightness. Wiring digital ports to + and - inputs of the comparator and writing low and high, doesn't do anything either. I would expect the led to change in brightness. Is it required to use all the ports on the 393 comparator for it to work? To add some info, originally I was using photodiodes to compare the outputs of two of them and send the result to the Arduino.

I've tried replacing some of the connections to no avail.

I got the comparator working! I accidentally mistook delay() for being seconds, but it is instead milliseconds. Writing with the digital ports, high and low, alternated by a second, I got the comparator to play nice. I placed a 1K resistor between Vcc and output. Now to get it to work with my photodiodes..

It now works with my photodiodes, but the accuracy and responsiveness are very low.

If your Arduino is reading both states, 0 and 1, your comparator may be OK. The problem is your inputs. They should not be "~0.5 volts". Instead, try a circuit like this 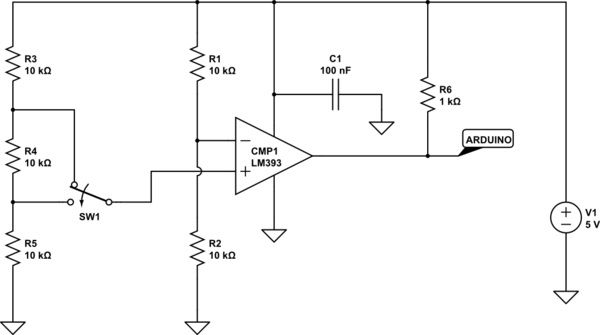 The LM393 is an open collector device and will only pull down.

If you enable the internal pull-up in the Arduino it should work as that will pull the signal high when the LM393 is not conducting.

The 1K resistor is not necessary and you could connect it directly to the Arduino but it shouldn't hurt operation either so you can leave it there.

I can't see the pin 1 marker in the photo but you are right in that is often a small dimple next to pin 1.

Not the answer you're looking for? Browse other questions tagged arduino comparator or ask your own question.

1
How to control squarewave oscillator with comparator output? (LM339)
0
Rail-To-Rail Comparator Design
1
How to make a digital comparator with multiple inputs?
1
Where am I going wrong with the comparator in MSP430?
0
Level shifting digital signals with a comparator
0
Comparator input below V-
4
LM339 Comparator IC is not responding to any input