I encounter a problem with the DAC on both STM32F4/STM32F429 Discovery boards and hope someone can give me a hint.

The DAC (using DMA with output buffer enabled) generates a FSK controlling signal sequence with only two steps, which looks like as follows 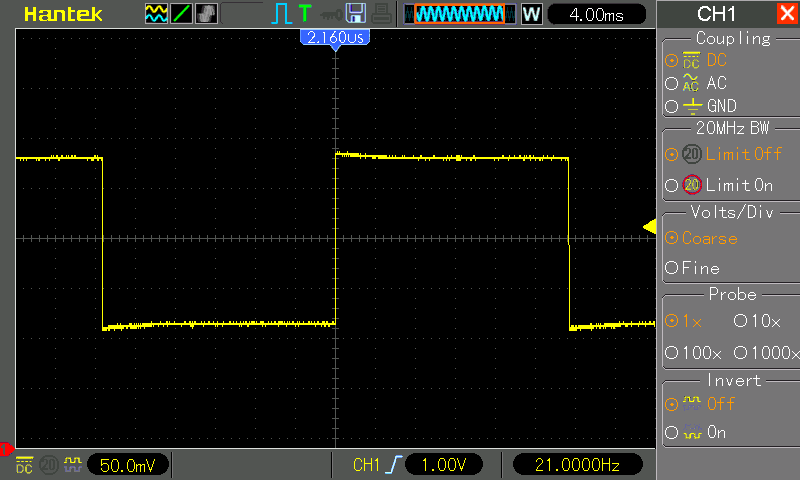 As can be seen on the screenshot, the settling time of the voltage step is about 6 ms! Since the signal sequence controls a very sensitive VCO, this long settling time results in a corresponding segment of output freeuency that is unusable for my application.

I am wondering, is this a problem of settling time? If yes, is there a way to alleviate it?

With this setup, I tried to capture the rising edge of the step from 0 to 4000 using different time scales. The results are as follows: 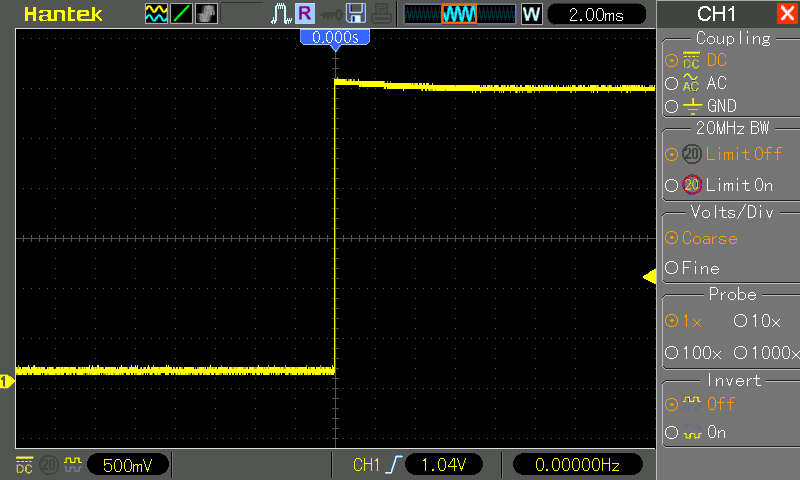 Compared to the above screenshot, the overshooting amplitude seems to be proportional to the step-voltage.

Due to my low reputation, I cannot post more than 2 links, but the zoom-in view shows a similar rising edge as @Arsenal's measurement. I think that is the real settling time.

I hope this update could lead to some new suggestions.

Are you sure that is real? Are you using a 10:1 scope probe?

The first thing I would check is the compensation on your scope probe - if that is not adjusted correctly you will see something like that.

Usually there is a test output from the scope to adjust the scope probe. The adjustment is usually done with a screwdriver into a slot in the probe. I don't know about Hantek

I just tried this on my STM32F429 Discovery board. In debug mode I enabled the DAC manually and set 0x000 then 0xFFF and triggered on that edge.

The result I got is quite different from yours: 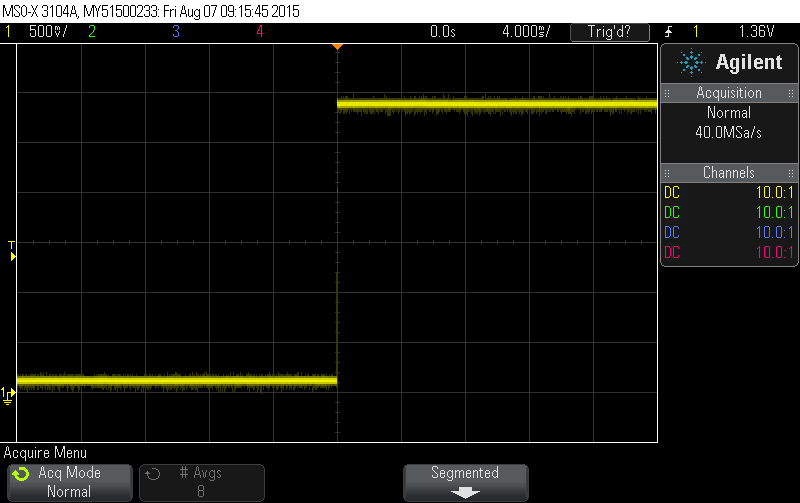 There is no settling time to be seen. Of course there is one: 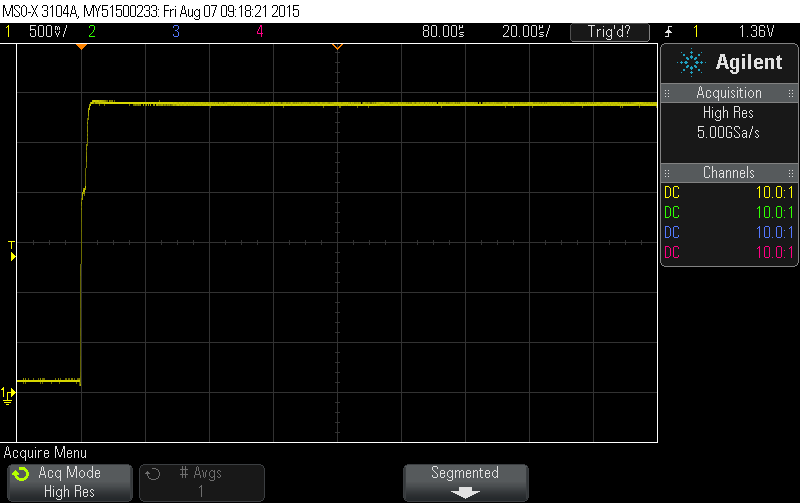 But I'd say it's in the order of 25µs or so. I've also checked for the jump in the other direction and the picture is pretty much the same.

To try and see what the issue might be, I connected a 100nF capacitor to the output and that lead to an increase in settling time, but nothing of the sort you are seeing. Even with 100nF the settling time was around 100µs and not overshooting the set level.

So I'd say the problem is either something you have connected to the DAC or your scope, but you said you have unwanted frequencies from the VCO, so maybe not the scope.

Not the answer you're looking for? Browse other questions tagged dac stm32f4 or ask your own question.

3
DAC settling time and output signal bandwidth
0
Improve DAC Pulse Rise/Fall Time
1
Synchronize internal DAC to I2S on STM32F4
0
What is the relation between DAC peripheral bus and conversion/settling time
0
What will be te rise and fall times of DAC, based on Slew rate and settling time
5
How is the settling time of a DAC slower than its sample speed?
1
What is delay time of ADC/DAC?