I have been following the tutorial below to build an AM radio, and when powered on I was picking up what id presume to be radio waves (what I'd describe as a mishmash of "whooshing" sporadic oscillations).

This was great, but I wanted to single out a specific frequency and listen to a radio station. I did some research and figured out that I have to add a resonance circuit called an LC circuit to single out specific frequencies. I made one with a variable inductor I made with 47 coils in 10cm with square steel railroad spike of diameter 1.5 cm in the center and a capacitor like below. I experimented with 220 pF capacitors in parallel to make 220, 440, and 660 pF and tried using my variable inductor to tune into a station for each of them but it did not work. 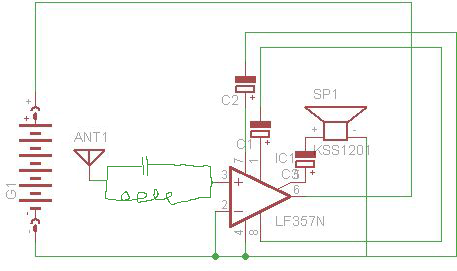 (apologize for the poor drawing)

I chose that coil count using the following equation to tune into mid freq radio singles (535-1500 khz), I made sure it covered the lowest frequency and then I could shorten it to get the higher frequencies.:

At this point I was stumped, I heard that you had to put a diode in to single out high frequency singles so desperate, I inserted it between pin 3 and my LC circuit but it didn't help. I also made a home made variable capacitor but likewise I coundn't tune into a station. Most importantly I heard you had to ground the circuit so I attached a wire for the tuner circuit to my computer(which is ground) and it changed the tone slightly but still couldn't tune into a station.

I started to wonder whether there were any am stations in my area due to its falling popularity, but a quick test with my mother's car radio yielded handful of them.

I apologize if my troubleshooting may seem stupid but I'm a little new to this circuit building stuff. I Thank you for reading thus far, and I appreciate any assistance you guys may offer. 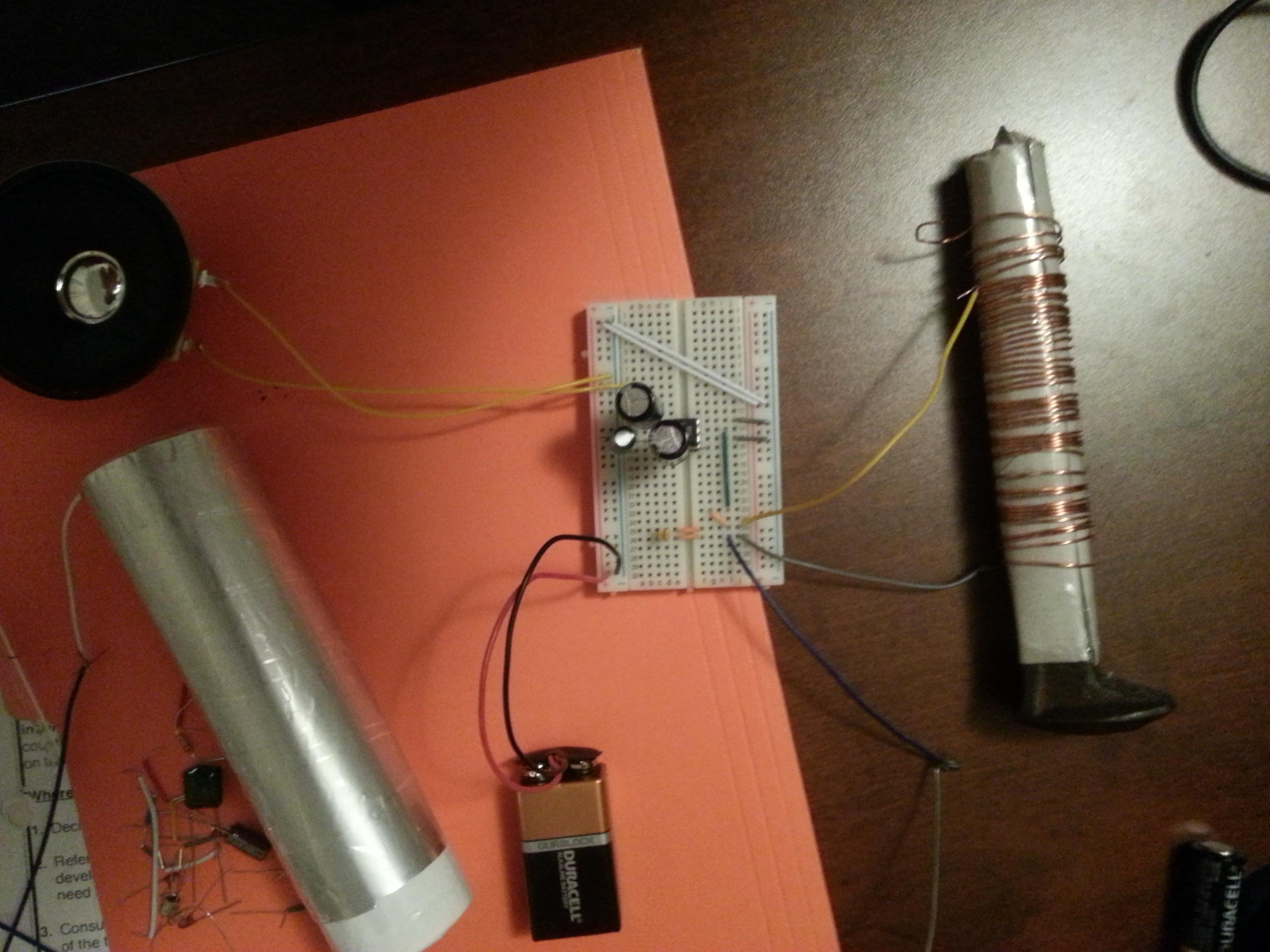 The way you connected your coil - well it is wrong; instead of singling out the desired frequency, it suppresses it. It has to be connected parallel to the the amplifiers input, through a germanium diode (you may potentially use a silicone one, but you'll need to add a DC shift circuit).

This is what you want:

Ignore the extra output from the the coil, just connect the diode parallel to the coil.

Note that the loop aerial provides a better signal reception and you must make sure it is relatively long(compared to the one in the figure) in order to make your radio work.The schematic is taken from an educational AM experiments kit that worked.

1
Help troubleshoot my crystal set
10
building simple radio
3
Does this simple RF transmitter circuit actually work?
2
Antenna for broadcast AM reception on ARM Radio SDR
0
How to calculate frequency and channel bandwidth
3
Simple AM radio - how to modify it so it can work without ferrite rod antenna?
2
Questions about modelling a typical crystal radio and simulating in LTspice
0
Regulated power for radio module HM-TRP. Is config correct?
0
Simple FM Radio Receiver project
9
Hearing only noise and ticking sound with simple AM radio - The art of electronics