I was fixing my dishwasher control board, and diagnosed a bad relay. Its coil is still within specifications, but the relay will not close its contacts. It is an easy fix ok, but my question concerns another subject.
What really caught my attention was the physical aspect of the relay package. As you can see in the image just below, it has black mark that erased part of its silkscreen and its center circle is punctured. 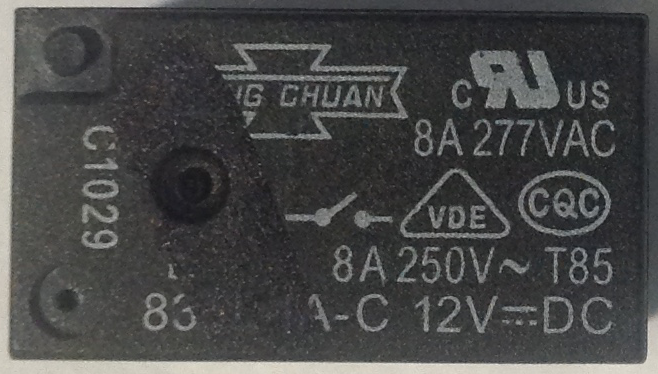 While all the other ones on the board are like this: 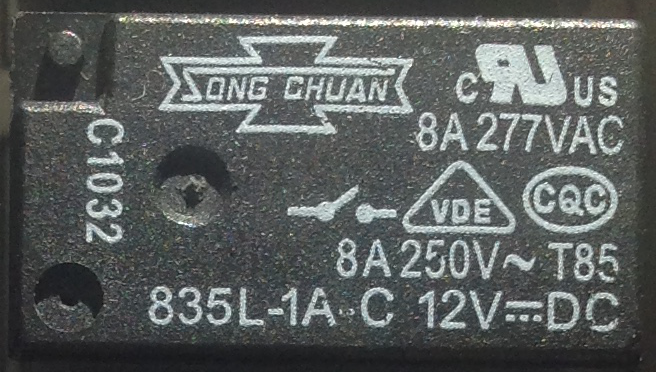 As you may have noticed, this is the only relay which was produced on a different week (29th instead of 32nd) on the board. My question is the following: does the black mark and the puncture on the bad relay points to an act made during manufacturing or is it its normal failure mode?

Edit: Per Dwayne request, I have opened the relay cover: 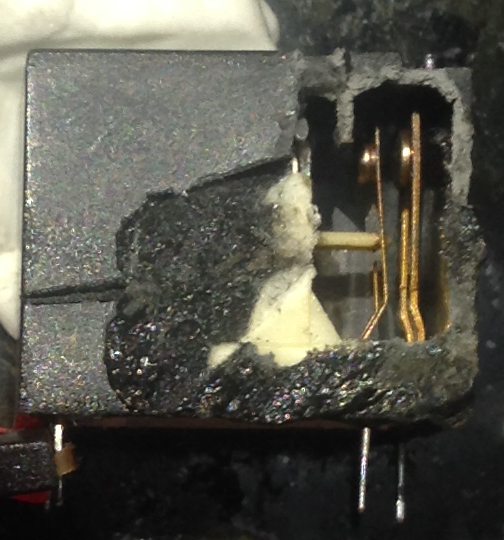 Apparently, the bottom contact is not able to reach the higher one, which could indicate erosion as Dwayne suggested. There is a briefly video showing the movement of parts during switch on mode:

The type shown is a flux-sealed type. It is frequently recommended that such relays be vented after the soldering and cleaning operation (if any) in order to extend the life of the relay. This is because it allows contaminants caused by the wearing contacts to escape during the relay life that would otherwise be trapped inside.

Presumably the relay that wore out was switching higher current than the others, so it was deemed important to not only open the vent, but to mark it with a Sharpie so that inspection could check it.

Here's a section from a different datasheet from the same Taiwan-based manufacturer:

This may be indicative of a problem that the appliance manufacturer has been having and subsequent recommendations from the relay maker.

The missing silkscreen looks like a manufacturing issue rather than part of any failure.

It would be informative if you were to open the relay up and examine the inside.

There are a couple of common failures.

1) the contacts have eroded because of arc.

2) the plastic frame supporting the contacts has over heated and warped such that the armature doesn't make connection to the contact.

From my perspective,it looks like the hole was covered with some kind of tape to protect the inside of the relay. For some unknown reason, the tape was removed, and the silkscreen under the tape was removed with it. This should have nothing to do with the relay failure. If the contacts don't close, and the coil is OK, this means that the "plunger" is stuck in place (maybe corroded in place?).

Not the answer you're looking for? Browse other questions tagged relay failure mode or ask your own question.