Why wont my 3volt LED light up with two 1.5volt Batteries?

From my studying I believe I should now have 3 Volts ready when I need.

I connected two copper cables, 1 at the negative end and 1 at the positive end.

I noticed the length of the leg cable on one pin on the LED is longer than the other, I have tried two different LEDS both ways and the LED still does not light.

I have attached a picture below.

I have also tried inserting a 270 ohm resistor at the end of the negative cable of the battery but before the LED - This still doesnt allow the LED to light.

What am I doing wrong here? Is my understanding correct?

I have also tried lighting the LED with just one battery, it does not work either. 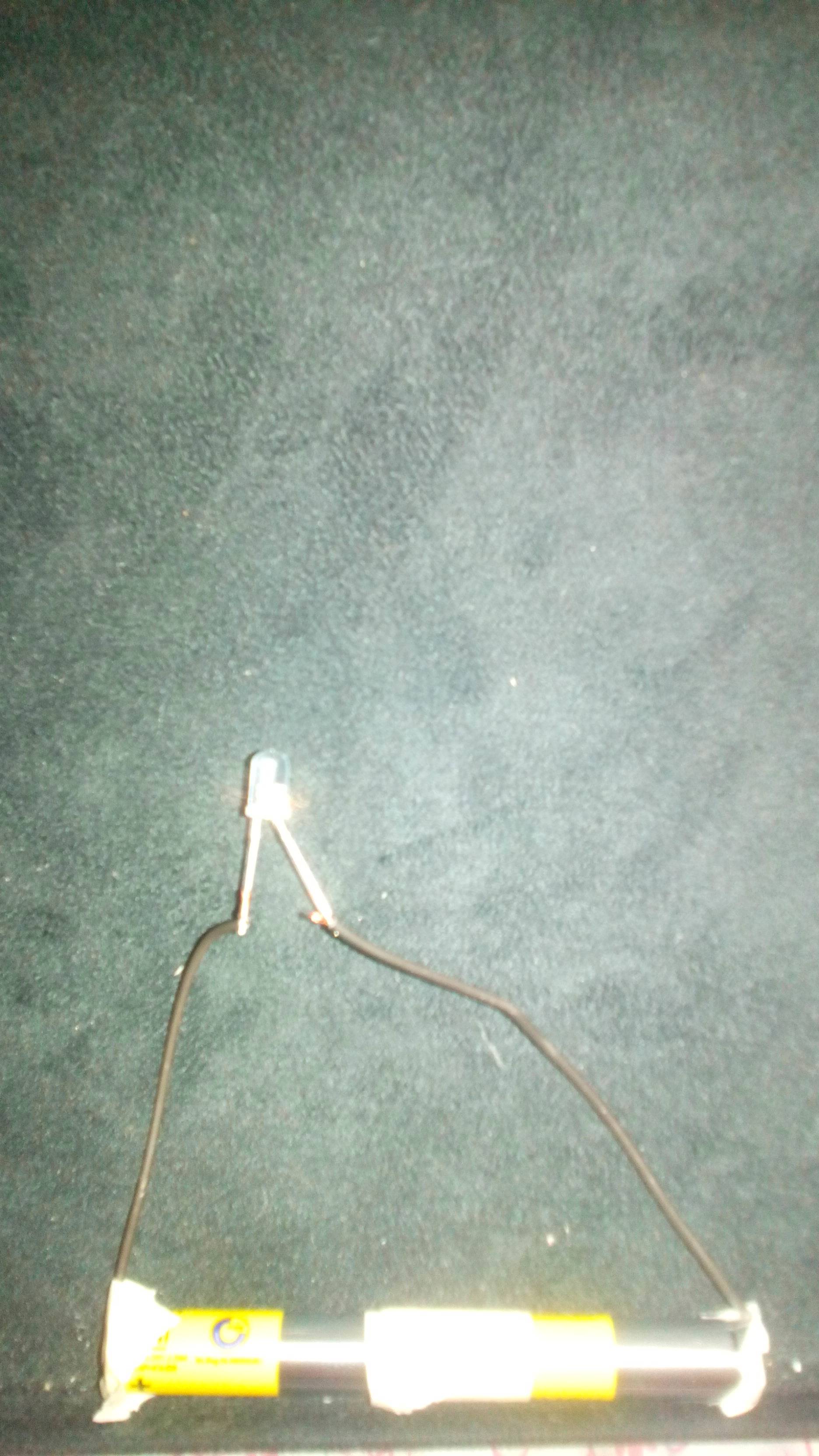 Everything seems fine to me, these are few things that might be wrong:
1) Batteries are bad, maybe not completely empty, but empty enough to not give needed voltage. Try different ones
2) LEDs are dead, they may burn if you connect them without resistor, so its better to connect at least any resistance(if you don't have specific values like 330 Ohms, just put anything around it). But if they are dead - they are dead, you need different one then.
3) Check if you have any conductive stuff around batteries that may connect them directly to each other(between two poles), this will make a short circuit and current will not flow through LED.
4) Bad contact with LED leads.

To an approximation, LEDs are a constant-voltage drain. In other words, if you supply less than their voltage drop, you get nothing. If you try to supply more, though, their current goes through the roof and you blow them up. Even more fun, that voltage drop varies from component to component as well as over temperature. This means that in some circumstances your batteries would do nothing; in others your batteries would kill the LED. In summary, supplying an LED from a raw constant-voltage supply is in general a bad idea.

The standard way to drive an LED from a constant-voltage source is to use a dropping resistor, chosen by taking the difference between the source voltage and the LED voltage, and dividing by the desired current. This gives you a good, stable current to drive the LED, even under somewhat varying conditions.

Check the datasheet for the LED. To put the LED into conduction the supply voltage must exceed the forward voltage of the LED (Vf_max). This is specified in the datasheet. Without enough potential to forward bias the LED, it will not conduct. To illuminate, you should have enough current (also in the datasheet). I don't see a resistor in your setup either (or some other current control), so look into that

8
Single LED single transistor circuit not working
0
led wont turn on in series circuit
1
Two deep-cycle batteries connected in parallel by a single terminal
2
Help with fixing LED night light that won't turn off
2
LED in a circuit with alternating polarities
0
How to power AC bike lights with batteries?
14
Why does current not increase when batteries are connected in parallel?
0
Using two 12V batteries in series with both a 12V and 24V output