Placing just an LED in a circuit?

Kirchhoff's law states that “in any closed loop network, the total voltage around the loop is equal to the sum of all the voltage drops within the same loop”

What would happen if you placed a LED with a 2V drop into a circuit with a 12V battery and no resistor, would this work as it breaks Kirchhoff's law? and how would you calculate the current in this circuit?

Then, if you swapped the 12V battery with a 2V battery, what would happen as this is now in line with Kirchoff's law? what would the current be in this circuit?

This would not break Kirchoff's law, but it would break the LED. Take a look at the current-voltage curve for a typical LED: 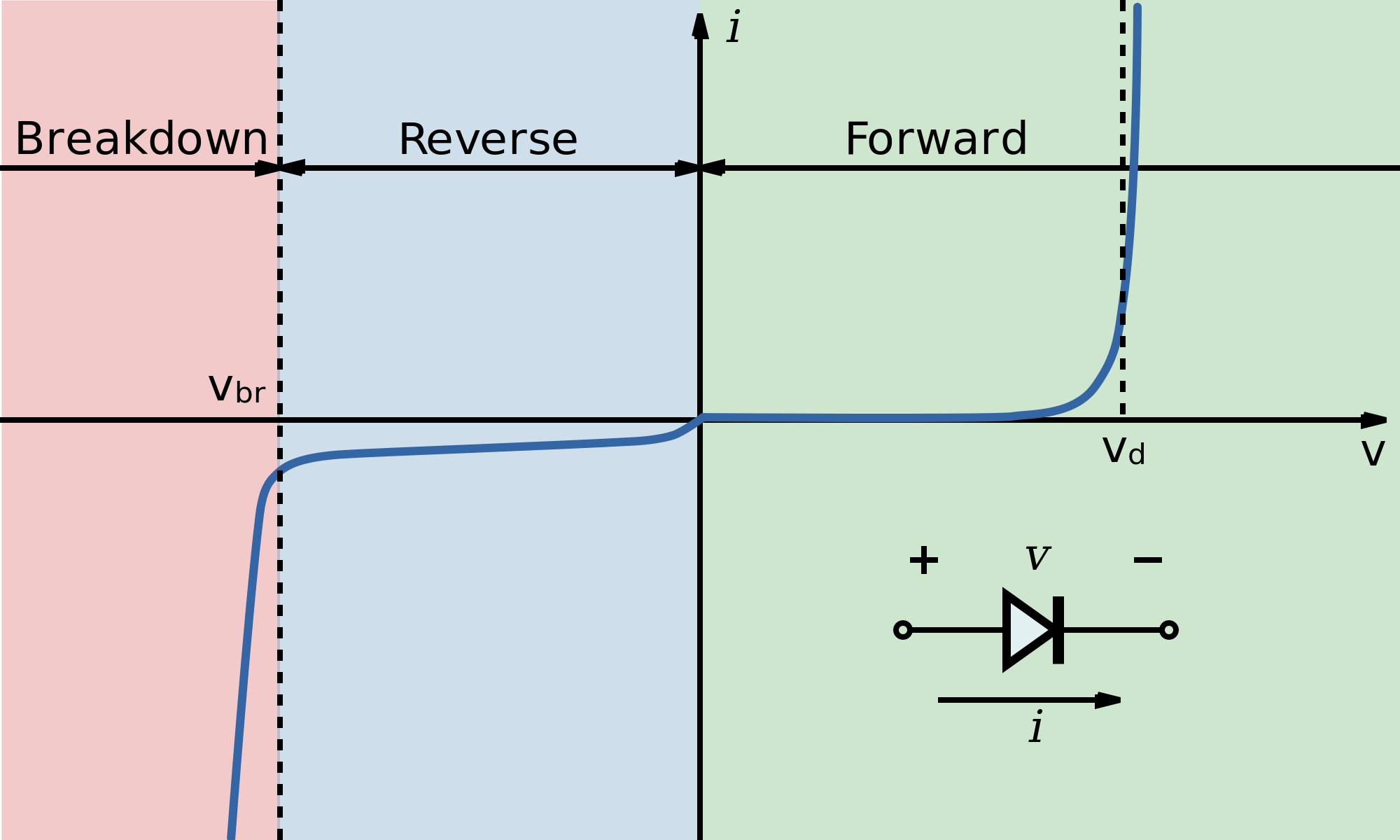 Here, around the forward operating voltage (Vd) the current (i) increases vastly with tiny changes in voltage. Vd in your case is 2V, typical for standard red, green and yellow LEDs. At 20V (not shown on the graph) the theoretical current would be phenomenal! This would be enough to vaporise most of the LED's constituent elements. In reality, what would happen is that the LED would shine very brightly for a very short time indeed before letting out its "magic smoke". This is the very reason that we include current limiting resistors in LED circuits.

If you swap the 12V battery for a 2V battery, things get interesting. Now we're right where the dotted line above Vd sits - small changes in voltage give large changes in current. Here, the current is defined by an exponential equation with a strong dependency on temperature. We won't know what the actual operating current is, but it will be strongly dependent on the exact battery voltage and the temperature, along with the battery's non-ideal series resistance (acting a bit like the series resistor we normally use with a diode). However no engineer worth their salt would ever drive a LED like this. LEDs are very sensitive to voltage changes, and their brightness (the parameter we want to control) is strongly related to their current. Hence LEDs are always driven with current in mind - be that with a statically chosen resistor or a specialised circuit with a feedback loop designed to keep current constant.

If you connect a standard LED across a 12 volt battery, a very large current (determined primarily by the wiring resistance) will flow briefly and the LED will vanish in a puff of smoke. KVL will be respected as long as the LED is intact.

The actual voltage across a lit LED is determined primarily by its composition (and therefore colour), and is highly unlikely to be 2.000 volts. The voltage will vary with current and temperature, so connecting a bare LED directly to a voltage source is a Bad Thing. LEDs must always be driven from a voltage source higher then their forward voltage, with a current limiting resistor or other current control device.

A real circuit has non-idealities that would apply to this case:

LED does have resistance, as well as the battery and almost anything else that can be connected to each other; no one knows "What would happen if you placed a LED with a 2V drop into a circuit with a 12V battery and no resistor".

Not the answer you're looking for? Browse other questions tagged led voltage current kirchhoffs-laws or ask your own question.