First: This is not a question about electronics, it's about large (three-phase) power systems where the components have ratings in kV and MVA. I'm mainly interested in symmetrical components, and how the zero-sequence network is modeled. Although the terminology and simulation tools might differ, the physics should be pretty much the same for small and large components.

I have a three-winding transformer connected YNynd, where the primary side is solidly grounded, the secondary is resistance grounded, and the tertiary winding is delta connected.

In the simulation tool I'm using (PSS/E), three-winding transformers can be modeled, but not transformer with the parameters described aboce. I'm wondering if the following will be a physically correct way to model the system.

Disregard this paragraph (I'll let it be, as this was the original proposal:

Model the three-winding transformer as YNynd1, transformer, with both primary and secondary solidly grounded. Then, I add a 1:1 transformer with the primary side solidly grounded, and the secondary resistance grounded, as shown in the last figure. I'm not sure if the intermediate windings (secondary of three-winding and primary on two-winding should be grounded or not). I can't wrap my head around the zero-sequence equivalent of this (a few years since my university days). 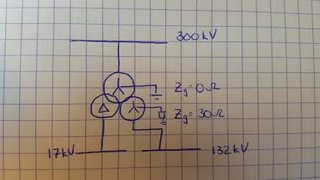 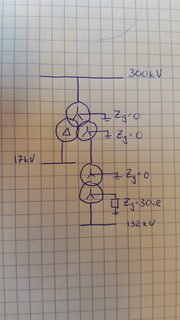 I have done this before. 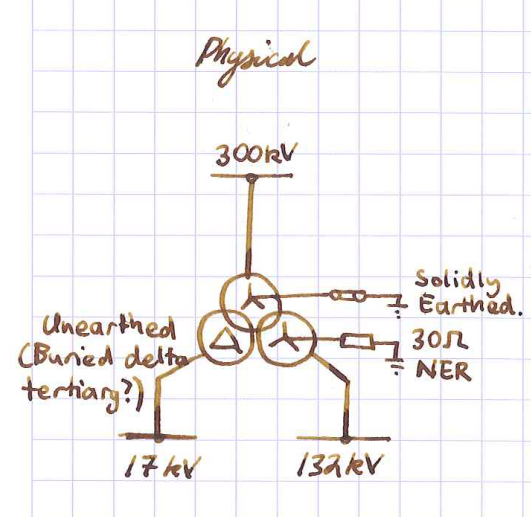 Make the 132kV winding of the 3W transformer be un-earthed wye.

At the node bus, model a shunt impedance (if PSS/E will let you do such a thing - maybe it's called a 'constant admittance'.) 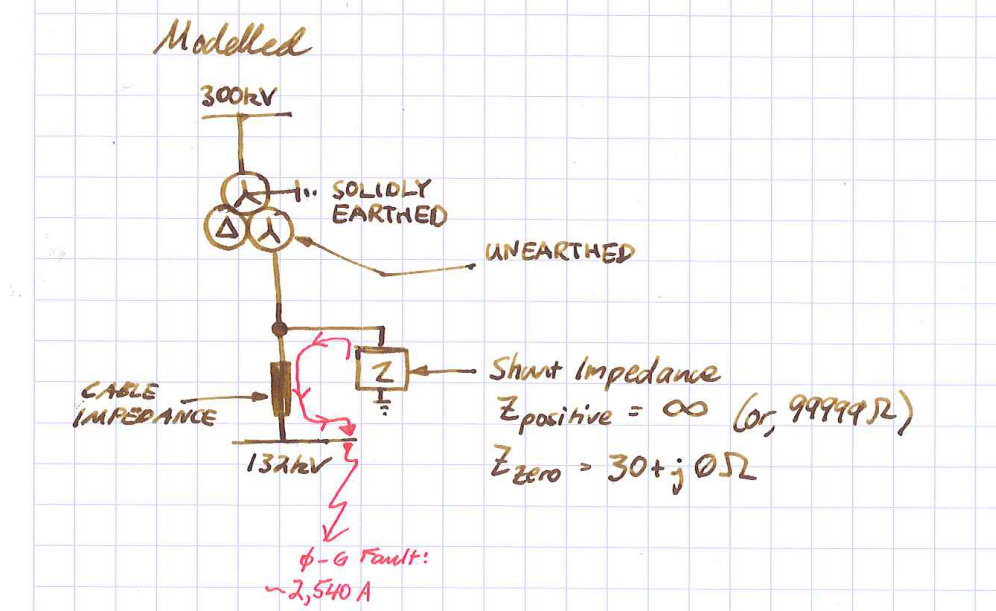 I have to run now, please comment if anything requires further explanation.

Not the answer you're looking for? Browse other questions tagged transformer power-engineering or ask your own question.

0
In the transformer equivalent circuit,why the primary and secondary windings are not coupled with magnetizing inductance?
2
Short circuit current through multi-winding transformer
6
Trifilar Transformer Common-Mode Rejection Circuit (Signal Recovery, Hybrid Combiner, RF)
3
What is the zero-sequence equivalent of a YNy0 transformer?
4
Ground fault protection for fault on delta side of a wye-delta step down.
3
Interpreting Zero sequence impedance of YNyn0 Transformer
4
Why my Toroid Isolation Transformer has 112.3v to soil
0
Wiring a transformer with two primary windings
0
What happens to the windings on a transformer during tap changing?