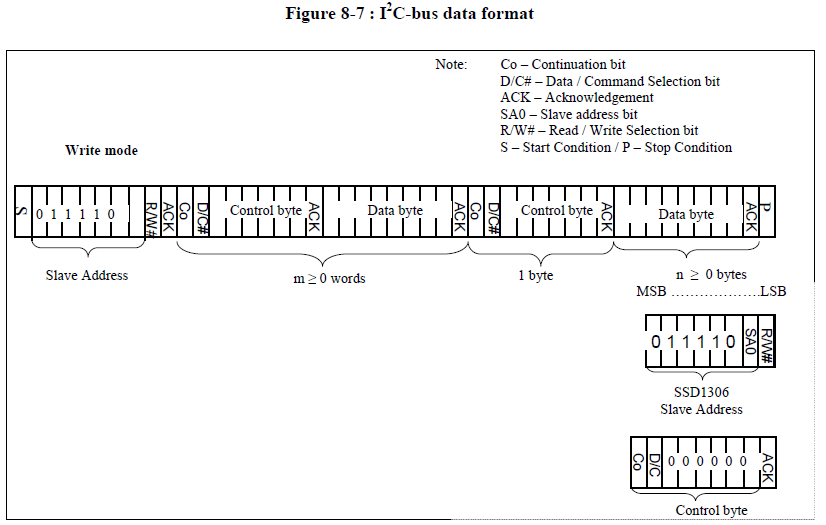 so can anyone explain the format on how can we implement this in I2C code.I'm using MikroC pro for PIC.

Looking at the diagram this is how we would procede

All I2C transfers have a acknowledge bit, this will be returned by the I2C1_Wr function. It should be 0 to represent no errors.

Use the drivers from the following page. Written for pic18f2550 with mikroc compiler.

Not the answer you're looking for? Browse other questions tagged microcontroller i2c microchip display oled or ask your own question.

5
Which interface is better for my OLED display?
1
I2C protocol between PIC32mx and Arduino Uno
1
Interfacing DS1307 RTC with PIC16f882
0
Trouble interfacing NewHaven oled display with stm32f4
0
ATMEGA328 I2C/TWI and OLED display
0
Interfacing ILI9341 with PIC18Fxx series
0
Why does the ssd1306 OLED controller have an unusual memory layout?
31
How do devices like the Game Boy Advance achieve their frame rate?