Output of diode clamper circuit for a sinusoidal wave input

I have seen a common explanations of clamper circuit shows in figure and have doubt in that. Here is the two explanation:

Doubt: (i) If the capacitor charges immediately then it will supply a constant voltage of –Vm to diode which will keep it in reverse bias always. Which violates the output waveform shown.

(ii) However, if the capacitor charges to peak value of input i.e. at π/2 and then when the input voltage goes below peak value, diode becomes reverse biased and remains like that until input waveform goes above zero at 2π and diode becomes forward biased again. Even in this case the output voltage should remain zero from 0 to 2π. 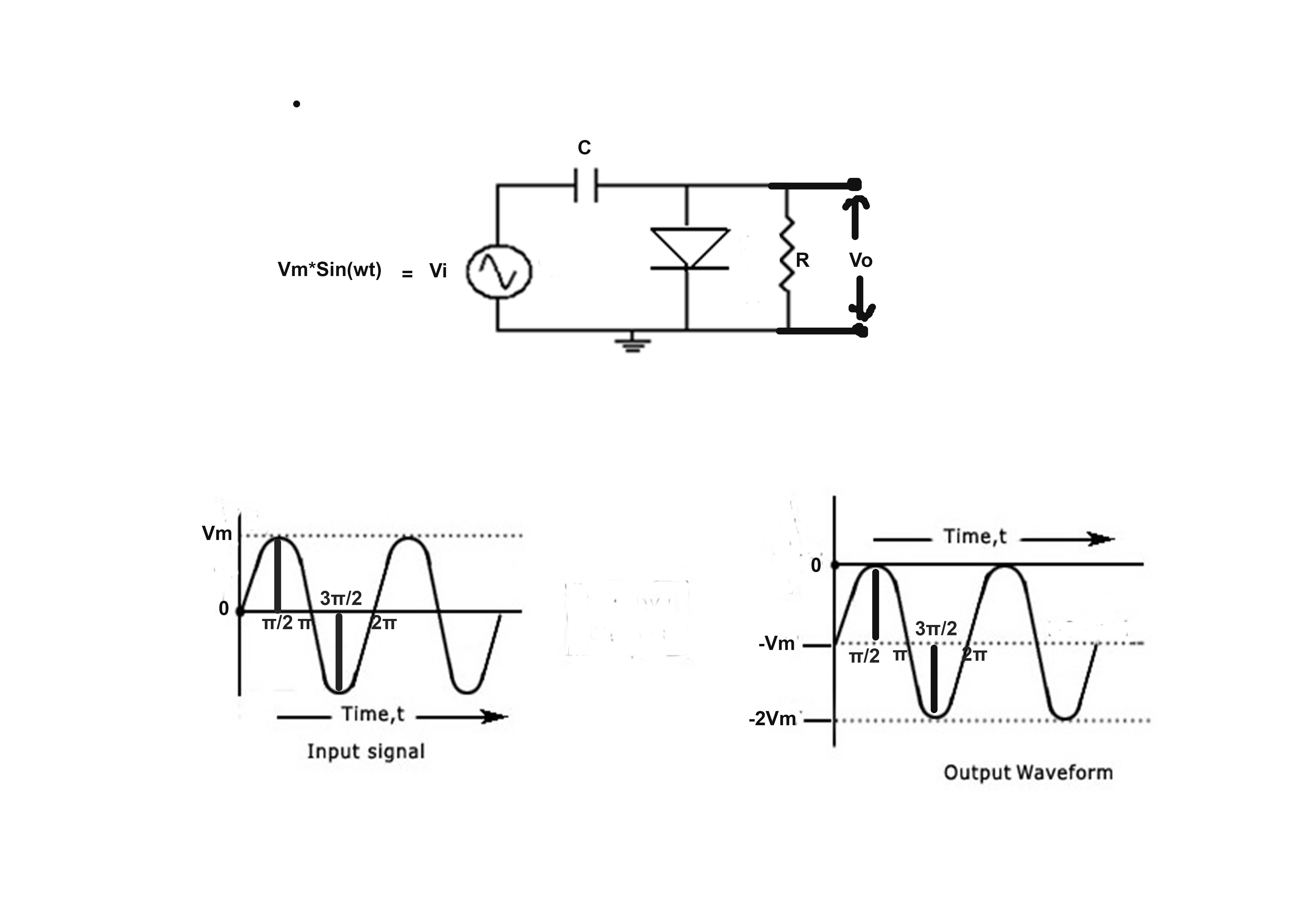 Where am I getting it wrong? Can someone give a point by point explaining when the diode will be forward biased and reverse biased and what will be the output voltage during that time.

that until input waveform goes above zero at 2π and diode becomes forward biased again.

If the capacitor is charged with Vm the diode does not become forward biased again until almost (3/2)π, to replace the charge that has leaked off through the resistor. If the RC time constant is much longer than the period then that will be close to (3/2)π and the diode only conducts briefly at the positive peaks after initially charging.

Note that this is assuming an ideal diode - a real diode has a significant voltage drop relative to your 2V peak signal.

Not the answer you're looking for? Browse other questions tagged capacitor diodes diode-clamp or ask your own question.

4
Diode clamper analysis
0
In this clipper circuit, what is the value of output voltage when the diode is off?
0
What will be the output of the following circuit?
4
Why does a capacitor not discharge in the same cycle it is charging in a clamper circuit?
0
Question about diode clamper
0
Clamper circuit, how to apply kirchhoff when the diode is turned around?
0
Polarity of input signal and capacitor in voltage clamper
4
Not understanding how the output is forming because of the diode
1
Working of a clamper circuit