toggle 12v as high and 11v as low for arduino

a little diff question, have googled to get clues but apparently I don't know what exactly to seats for.

Im trying to turn on a led with arduino when a external source triggers 12v. basically that ext source swaps between 12v when active and 11v when inactive. I hoped for that 11v to be 0v so I could use transistor or relay with arduino but unfortunately the low state on external device is 11v.

is there any other possible components that I could use for this purpose ?

The part you're looking for is a comparator. Set a threshold with resistors at 11.5 volts. The arduino is not required here, but could still be used if additional behavior is desired. 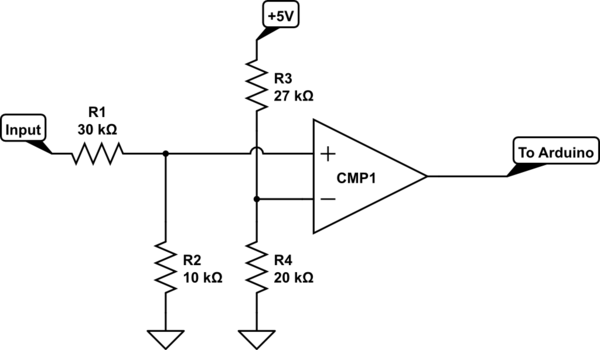 Use a voltage divider and sense the voltage state using and analog to digital converter. If your paranoid place a 5.1v zener diode on the pin to protect it just in case. Also remember that sampling does take some current. The current is minuscule but it does limit the maximum value of the divider. 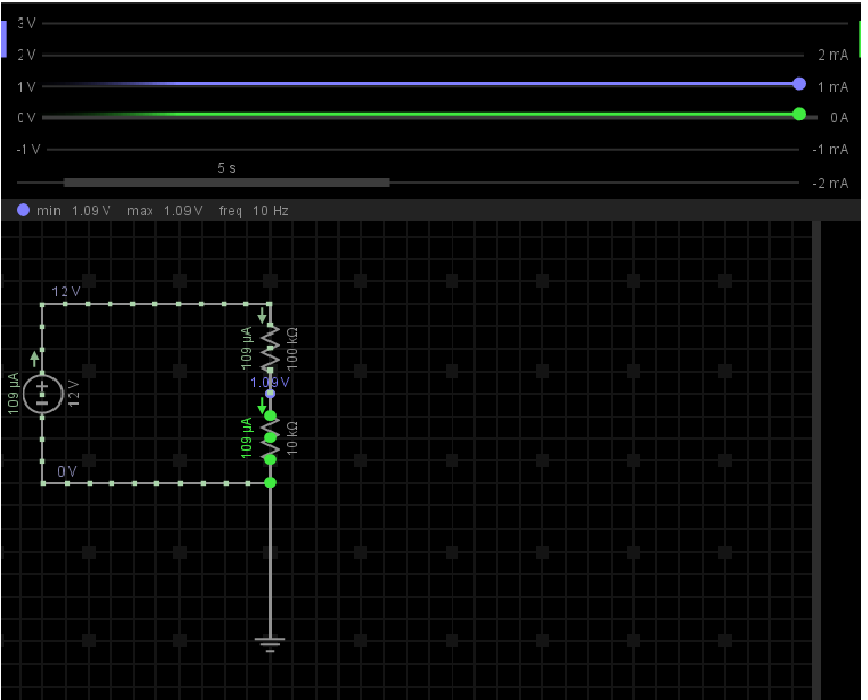 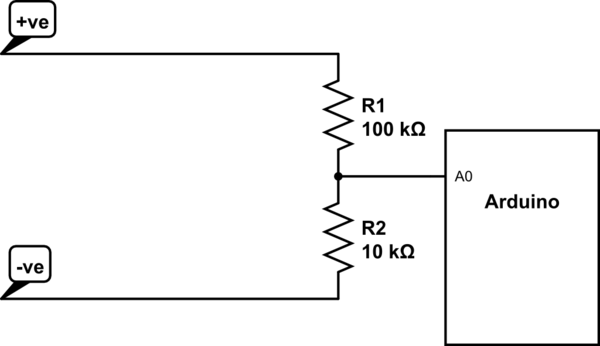 Use the above voltage divider schematics,,you should now be able to map 11v and 12v to some analog values in arduino,,you will have to do R&D with code to pull this off

Not the answer you're looking for? Browse other questions tagged arduino transistors relay or ask your own question.

3
How to drive high power LED and Arduino by the same power source?
1
Arduino, NPN and common cathode RGBs
4
How to kill an Arduino when (dis)connecting 12V to Vin?
0
What type of transistor would be required?
1
Arduino and N mosfet lithium battery charging/discharging measuring capacity
1
Read the state of a 12v illuminated switch from an Arduino Uno
0
Switch 12V and 24V low current load (LED button) with 3.3V and 5.0V arduino
0
Arduino: read different voltage values in a range from -12 to +12V
2
Trying to wire up a couple dozen LED-lit toggle switches to an Arduino Mega
1
Switching 12V with Arduino Nano