How can I detect fuse failure?

I have two components in parallel on a DC circuit driven by a single momentary switch. Each component is individually fused.

I need to detect failure of either fuse and in that event power on a warning indicator.

The most direct approach is to wire a NC relay in series with each fuse, but the specs of the circuit aren't tolerant to the voltage drop as power output from each component must be maintained.

I'd like to solve with common cheap components as this is a hobby implementation.

You could connect an LED and its ballast resistor in parallel with each load, as shown below.

The LED would stay on while the fuse wasn't blown, and you could use a high-efficiency LED to minimize its impact on the fuse. 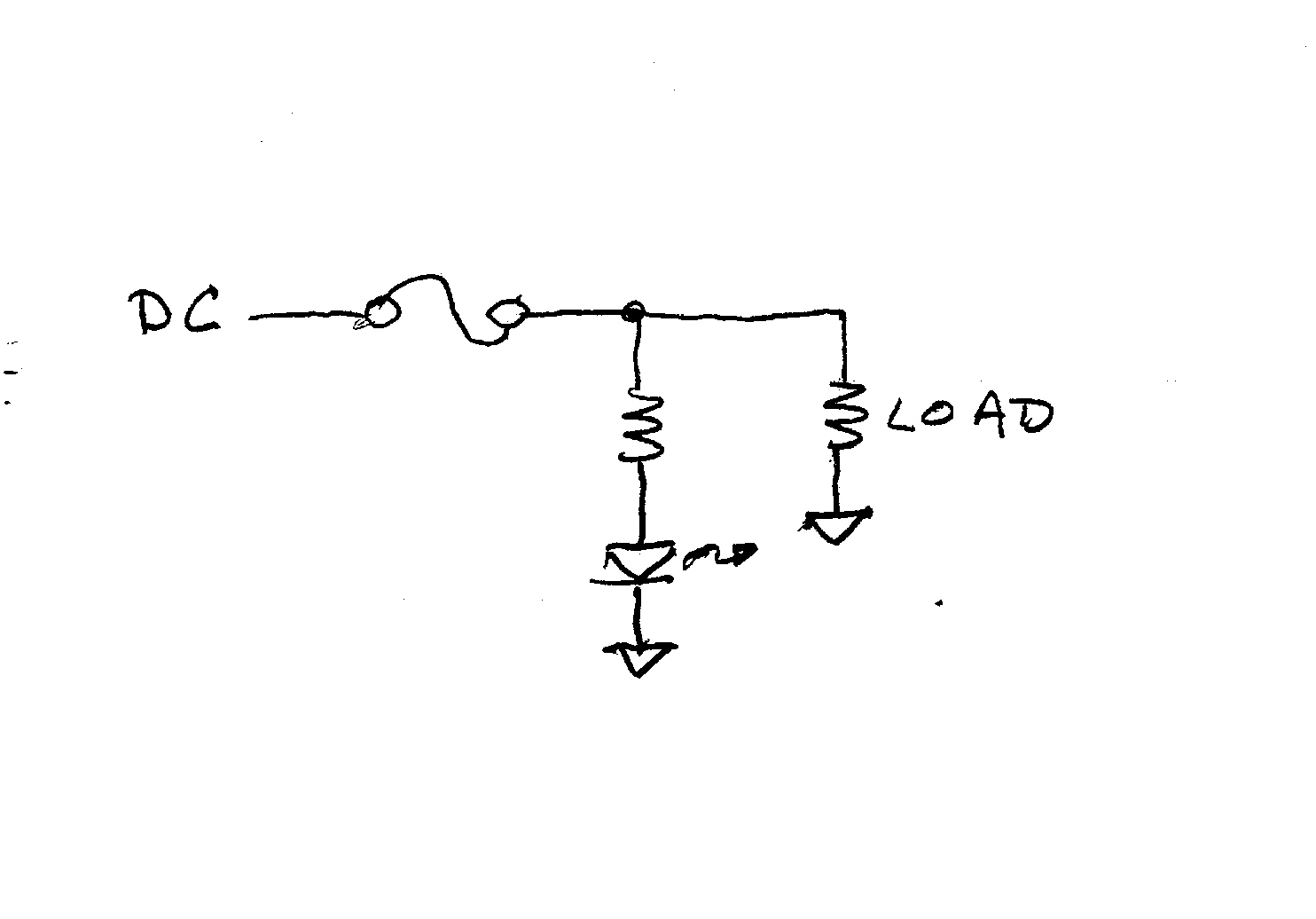 If you need an indicator used to drive a circuit rather than just an LED, put the diode of an optocoupler in place of the LED.

Of course, this is somewhat dependent on the nature of the voltage and the load. There are imaginable circumstances where this would not work.

Assuming there is a voltage drop after the fuse blows, a simple P-ch MOSFET (or PNP) with gate connected to the top of the component would work. When voltage drops after fuse blows, it lights an LED. Something like this: 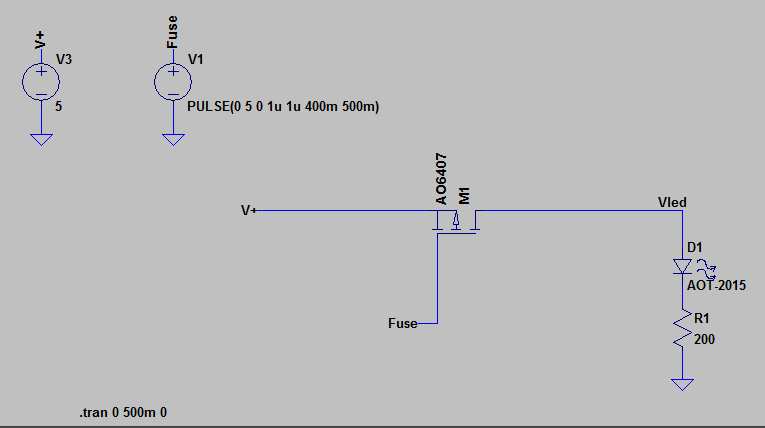 You might try something like the attached circuit.
Whether it will light or not will depend on the circuit being powered. If it has a relatively low resistance to ground, then the LED will light. You might have to monkey with the value of the resistor. 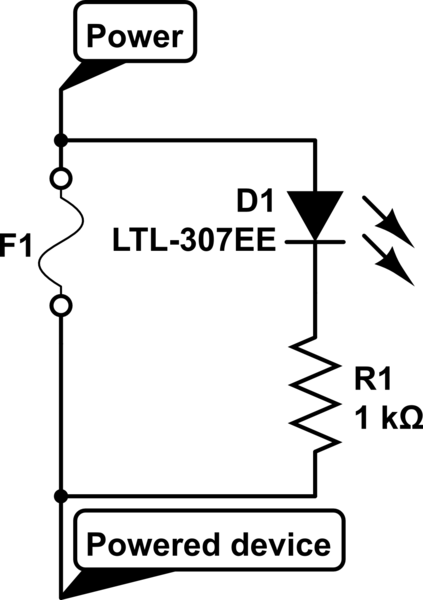 Not the answer you're looking for? Browse other questions tagged transistors dc fuses detection failure or ask your own question.

0
How to detect CTCSS?
2
Auto detect LED failure
0
Transistor fuse problem
0
MOSFET N channel power switch: high side doesn't work and low side would need multiple MOSFETs
0
Can you identify this fuse?
5
When is fuse fatigue a concern?
2
How to detect if fuse has blown?
1
Circuit to detect broken fuse
0
Can I use a transistor like a fuse?