I'm rather new to electronics but I have a fundamental grasp of the general concepts. I'm not very fluent, however, on the workings of specific devices as of yet (internally, I mean; inside their little brains).

I bought several cheap but amazingly good USB Bluetooth music receivers for several music outputs at home. Obviously, I had thought about the issue with having them all named the same and not being able to tell which is which upon trying to connect to a specific one. But I guessed that I would be able to solve that later in a simple way. I since realized that manufacturers give no option of this, even when the names of their apparatii are so little allusive such as H-163 or PT-810! And searching online I have only found two threads that ask this question (amazing!); one has the sole response: "NO, impossible" (which I always tend to question as a response); the other links to this explanation:

So I went online and bought me a USB To TTL Serial Converter:

According to this set of instructions, all that's needed is the serial converter connected to the computer. Not the Arduino. Although I think there probably is a way of going about this through the Arduino. Anyway, I disconnected my Arduino and proceeded to connect everything as you see in the photos (and as is instructed in the link above). 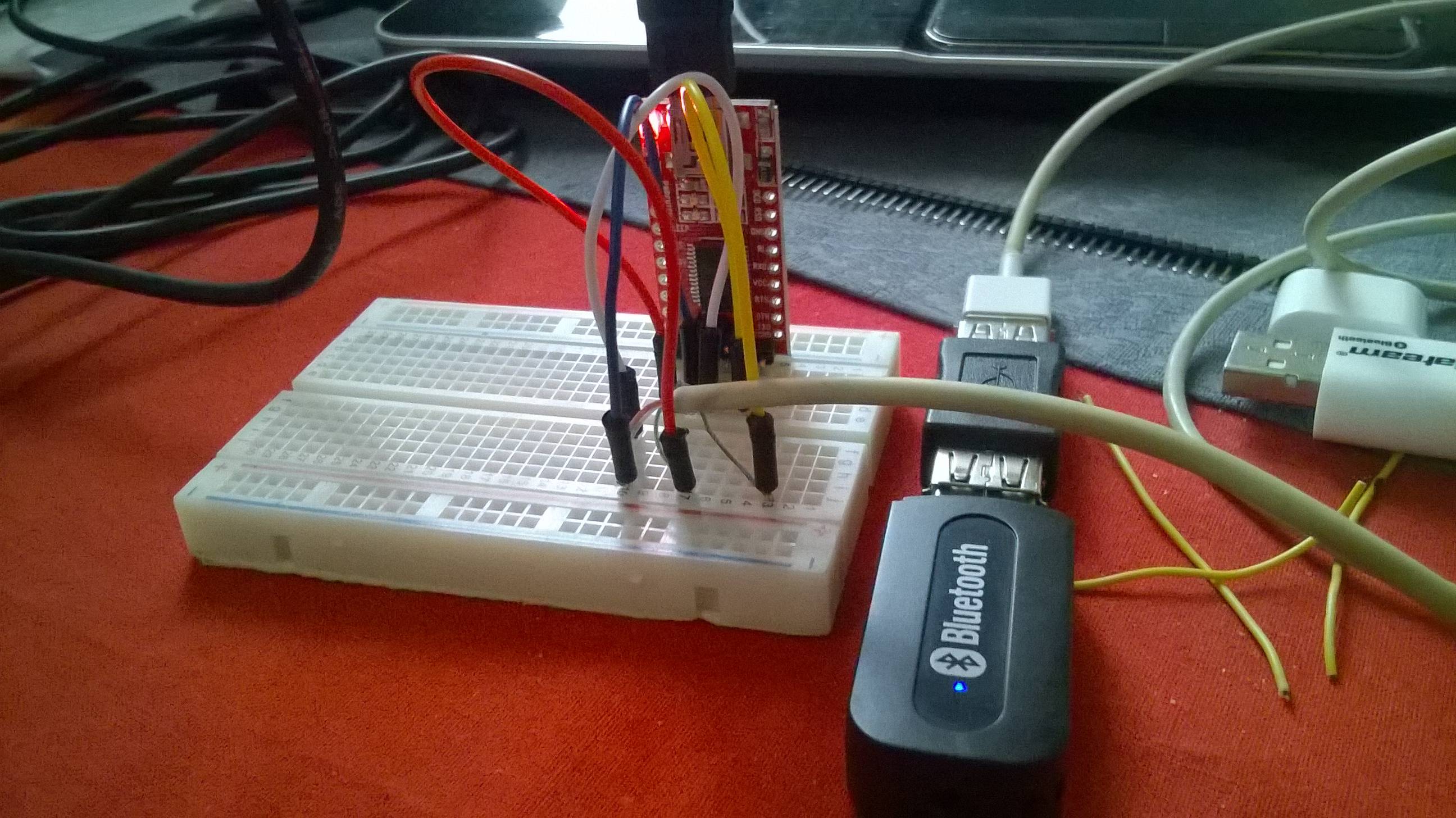 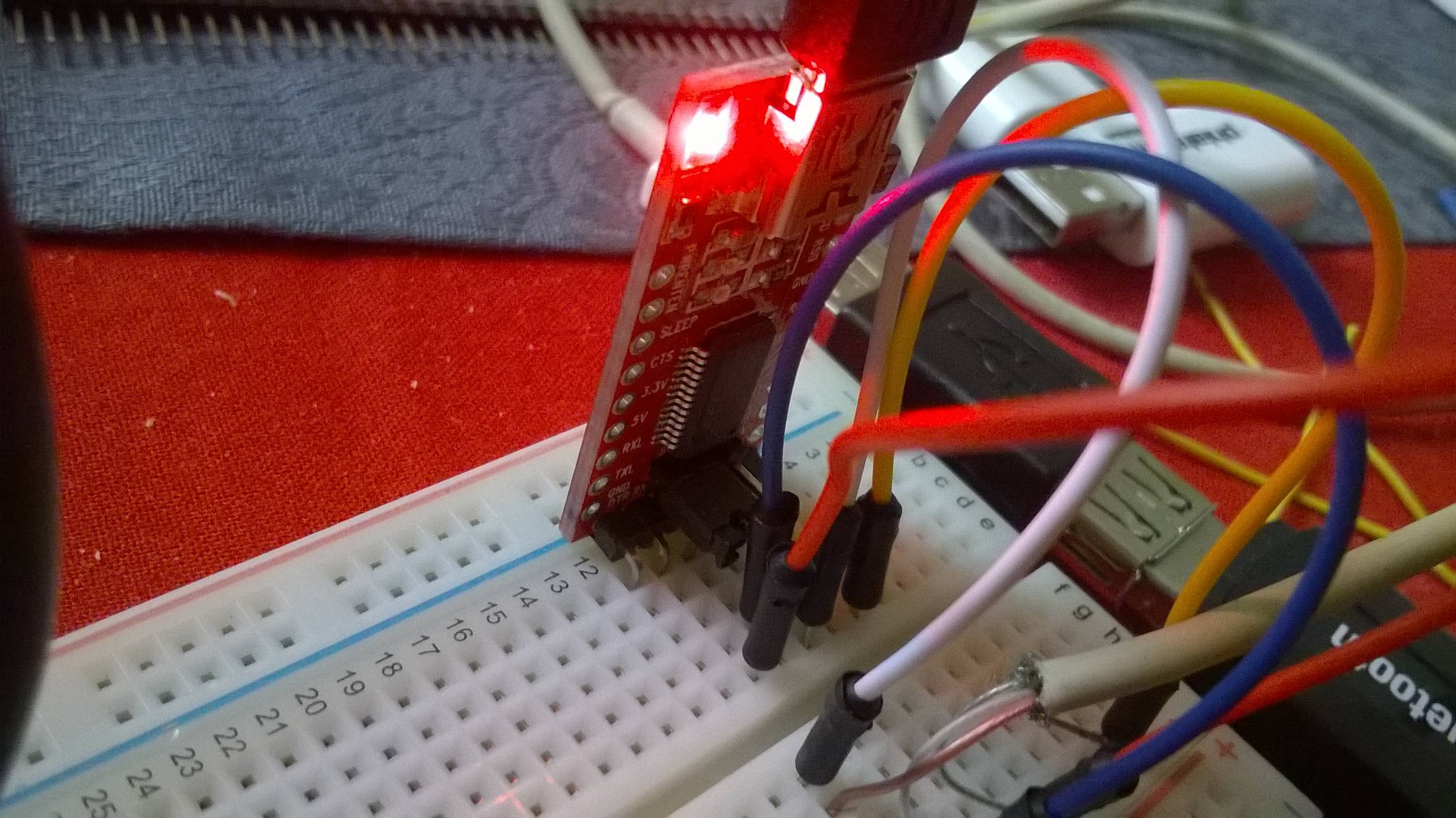 Now, everything should be working according to what I've read in the above link. As you can see, at least both devices are receiving power and the serial converter is being recognized by my computer and by the Arduino EDI as being connected to a port. As it does seem like the above instructions are talking about a normal BT receiver, this should be a cinch; however, when I go through the AT test in the Arduino EDI Serial Monitor, I get no response. I've tried with all available Baudrates. I've tried switching the RX-TX cables to see if I had got the wiring wrong. I've also tried moving my connections up and down the breadboard just in case there was a dead row. Nothing: is the final answer.

At this point I've no clear idea as to what may be going wrong. Is my serial converter not working properly? How could I test this? Do these BT receivers have no real RX-TX connections? It seems they do, as I've already vivisected one, you can see it here: 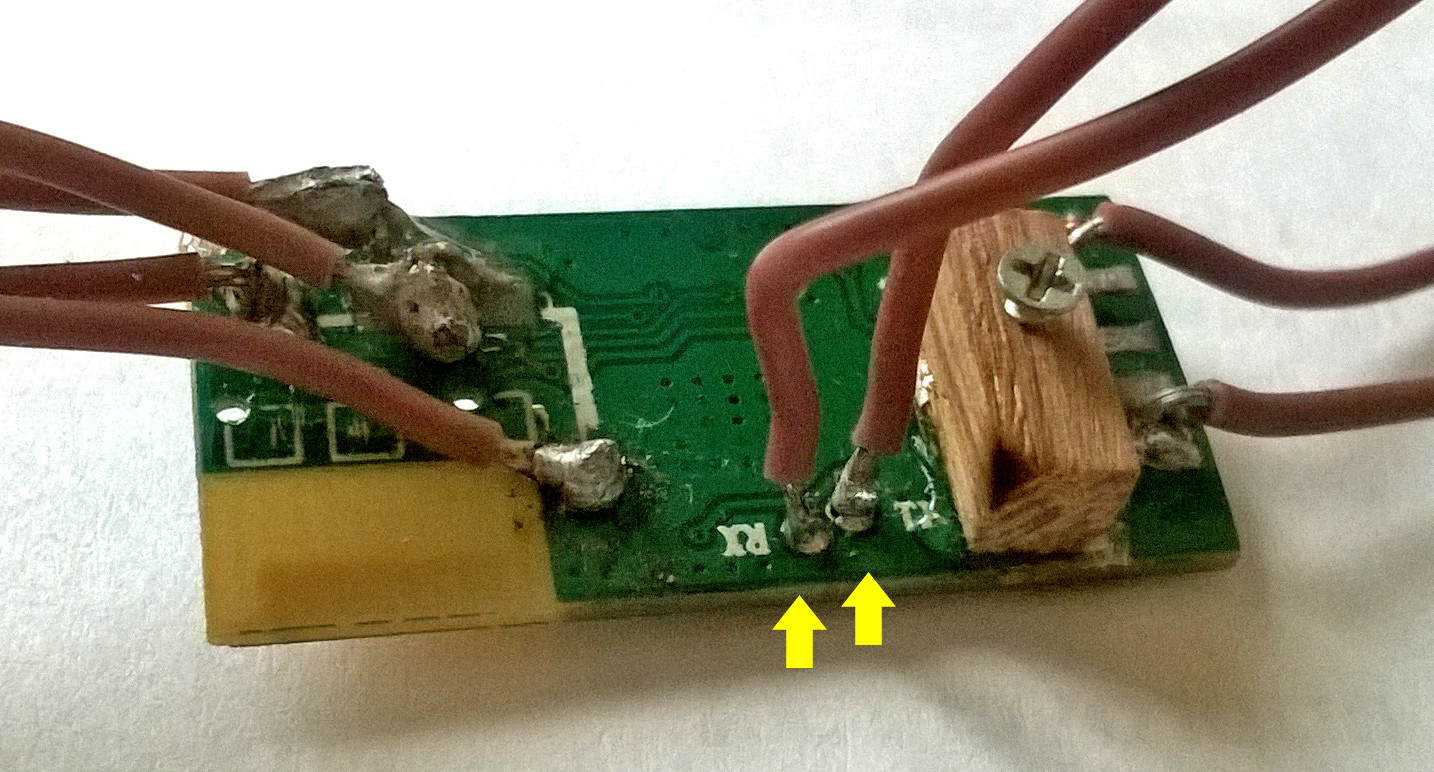 (Yes, I have also tried connecting this franken-BT-receiver; as well as two other receivers and still no response. And yes, I did muck up the audio output on this one: my soldering wick was out and I tried desoldering the audio jack the brutish way and what I did was strip off the copper paths! I had to somehow undo this muck-job and this ugly beast is the result. Although I assure you it works 100%! It's the best receiver in my arsenal!)

And, therefore, it stands to reason that these are working RX-TX connections. This last again is evidence to me that configuration of these little devices should be possible, as in practice the USB port is only used to draw power, as there is no data transfer involved (these things work on a computer's USB port just as they work connected to a USB to power-plug adapter), so it only makes sense the manufacturer would hook up the RX-TX terminals in order to be able to communicate config. date from and to the device once it is fully built.

So I'm wondering what I'm doing wrong. Or if perhaps there's another way of changing the name on these devices. I'm sure there HAS to be a way of doing this. I'm amazed more people don't want to do it. But, anyhow, I'm glad to add another thread on this issue out there, because I'm sure at least someone else is or will probably want to do this at some point. And if I can get a positive answer on this, then now there'll be a source for everyone to find an answer to this question.

I thank you all in advance for your input! I'm sure it will be very useful and will help me understand these devices a little more!

There's a jumper down by the connector that goes to the breadboard. From its position, I'd say it is set to 5V. Disconnect power and move the jumper to 3.3V (to the right) and see if it works.

Not the answer you're looking for? Browse other questions tagged serial bluetooth usb-device configuration or ask your own question.

6
Using an Arduino to read data from serial device then send data over bluetooth
1
building an unlock system with bluetooth and mobile phone using arduino
3
Is it possible to program a AT89S51 chip with a USB to TTL(UART) converter cable or Arduino?
2
HC-06 Bluetooth module not responding to any AT commands
0
Atmega328p voltage connections confusion
1
Chaining Multiple USB Hub Controllers for Serial Interfacing
0
Serial pins, and PC USB port damaged using a USB to Serial converter (PL2303HX)