I'm designing a DC Bench Power Supply. This one will be 0-30V, 0-300mA, but I expect I'll try some heftier models once I've gotten this one worked out.

I'm following the general design procedure described by Christophe Basso in his book Designing Control Loops for Linear and Switching Power Supplies: A Tutorial Guide. In particular, the following aspect:

I'm using a power NPN BJT as the heart of the power stage. I've chosen a 2N3055, mostly because I have one on hand and its TO-3 case fits nicely into the enclosure I plan to use (a vintage HP 721A power supply).

I've managed to get a nicely stable circuit for the constant voltage aspect with the schematic below. (constant current, metering, etc. to follow) 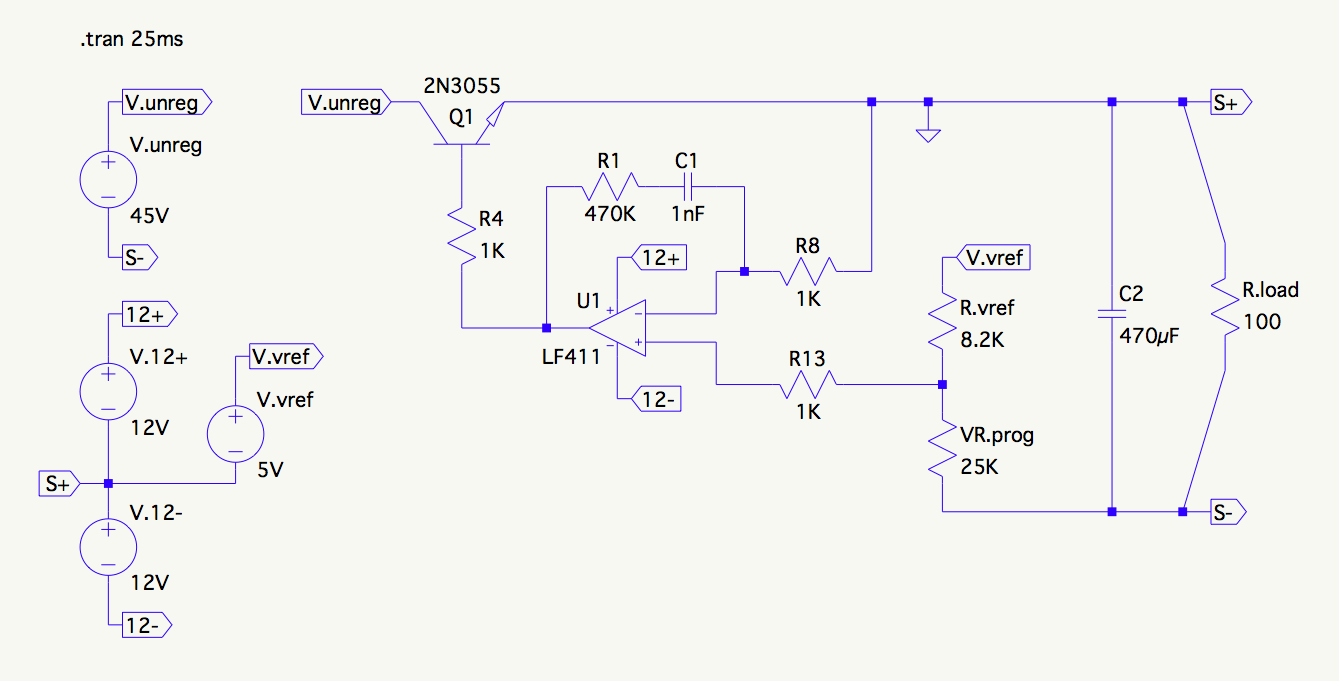 The loop gain Bode plot looks like this. Things shift around a bit based on the programmed voltage and load, but this roughly represents the center point, with \$\phi_m\$ of 64° and gain margin of 27dB: 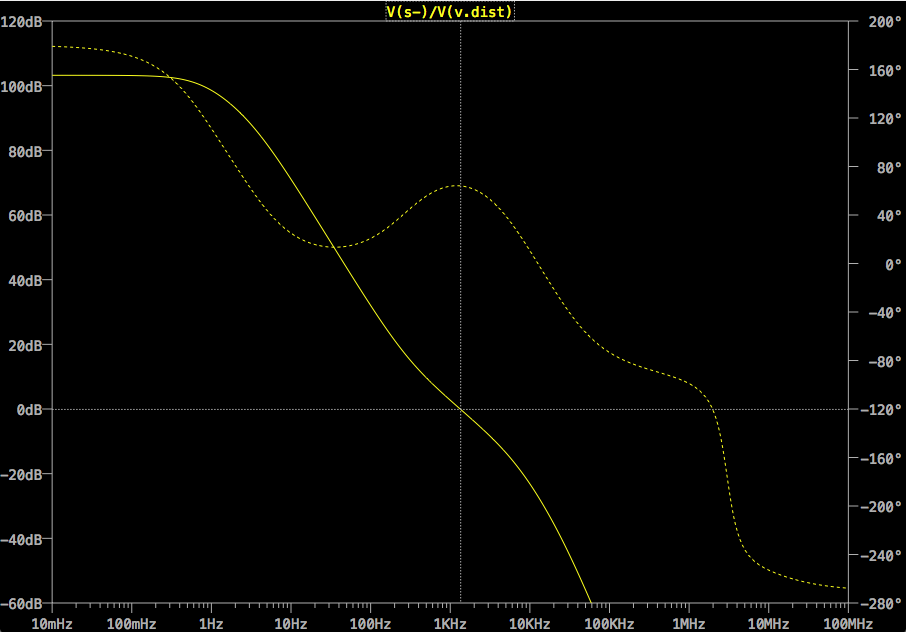 However, the bandwidth I'm able to achieve is relatively low (roughly 1-2kHz), and that limit is driven by the low-frequency pole of the 2N3055 (about 9kHz). That pole is the "right-hand" pole for my phase boost, which puts the peak of the boost in the neighborhood of 1.5kHz.

So my question is: Is this just the best bandwidth I can expect from a BJT-based power stage? Or can a clever selection of a different power device allow me to get an order of magnitude or more bandwidth improvement?

From fuzzy memory, there are (at least) two grades of 2N3055. There's poor and then really poor. The poor version has higher \$H_{\text{fe}}\$ and \$f_T\$ than the really poor ones. You probably won't be happy with either of them.

There are two basic topologies used in linear power stages: Emitter Follower, and Common Emitter. We'll start with the Emitter follower since it's easier to use and more common.

Here are some rough expressions for the LFP frequencies: 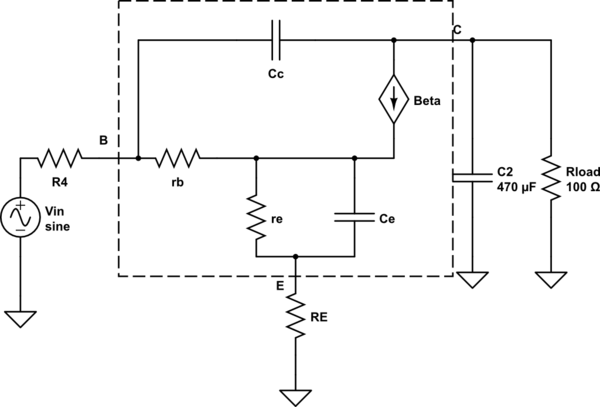 First, write an equation of DC gain by setting frequency to zero in the model.

What about the poles? First let's look at the pole caused by \$\beta\$ rolloff to \$f_T\$. In the model, eliminate all the capacitors and write the transfer function. It's kind of big, but there is just one pole, which after solving for the root gives the pole frequency for \$\beta\$ rolloff. 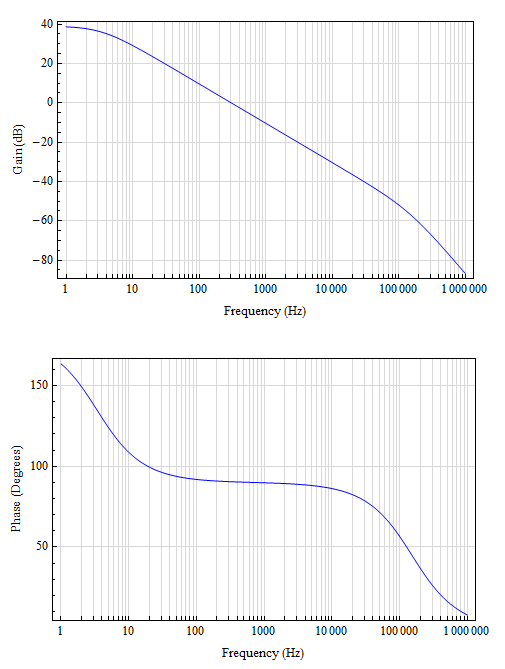 2N3055 is a cheap transistor that can dissipate a fair amount of power. But that is all it has going for it. You can get better bandwidth from another transistor. Just about any other transistor will do better than 2N3055.

You are driving the transistor directly with LF411. This will barely work with a 300 mA output. But it would be better to add another driver transistor when you are using a low-gain device like 2N3055.

You can address both concerns by switching to a MOSFET pass transistor.

That's rather a high base resistor you are using to drive the 2n3055. It may be affecting the bandwidth as well as the available output current.

Try putting another transistor ahead of it to make a darlington with a lower resistor between base and emitter of the 2n3055.

You also need some short circuit protection. A sense resistor in the emitter of the 2n3055 with a transistor to absorb the base drive when the sense resistor voltage gets above 0.6V.

Not the answer you're looking for? Browse other questions tagged power-supply bjt feedback linear-regulator or ask your own question.

3
Better to regulate voltage by supplying or subtracting base current to BJT pass transistor?
1
Developing \$C_{out}\$ spec for DC Bench Power Supply
6
What is this RC local feedback configuration?
2
What is an “origin pole”?
1
Deriving transfer function for effect of \$f_T\$ on BJT CE amplifier
14
How do I size the output capacitor for a DC bench power supply?
1
Analog implementation of imaginary roots in a transfer function
0
Type 3 compensator design