Why does microwave communicaion require line of sight?

What I can I think about is:

Are those assumptions correct? What else?

Here's how it works and why it works: -

The transmission losses will be very small i.e. you get a great signal to noise ratio over vast distances because (theoretically) all the transmit power is largely pointed towards the receiver.

Sub microwave antennas are required to be very large to get a tight beam width but they do exist of course: - 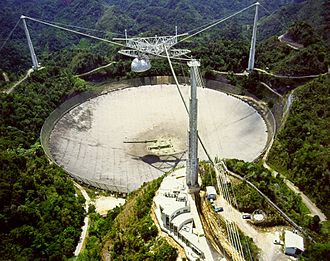 With proper point to point microwave transmissions, there are no multipath fades because all the energy is transmitted within the tight beam width. However, if the link isn't designed correctly multipath fades can be an issue but, still much less of a problem that regular dipole to dipole transmissions.

Power spectrum density at MW frequencies is very poor at a point it is unable to penetrate obstacle without loosing a lot of power.

That's not what power spectral density means. PSD is just a measure of power at a given frequency.

But you're right that microwaves don't pass through objects as well as longer wavelengths do (in most cases; there are exceptions). They are more likely to interact with the objects — in particular, to be be absorbed or scattered — instead. That is the fundamental physical reason; everything else is just the engineering consequences.

Multipath fading at those frequency are very high to a point the receiver is unable to filter them out.

Multipath is not a separate phenomenon: it is a consequence of the wave interacting with obstacles.

Radiation pattern of MW is not isotropic, with the main loop is very important than other directions.

This is backwards. Radiation patterns are determined by antenna design. Any antenna design can built for any frequency, unless it has impractically large or small elements. What's going on here is that:

Therefore, increasing frequency allows the use of higher-gain antennas in the same space. Higher-gain antennas are more efficient when feasible since less transmitter power is required. Thus, when the communication is between two fixed stations and there is a clear line of sight, using microwave frequencies is advantageous.

Microwave frequencies may be be used even in the presence of obstacles, simply because the higher frequencies allow for physically small antennas and large absolute bandwidths, and the less reliable propagation is an acceptable tradeoff; this applies to many modern data protocols such as Wi-Fi and Bluetooth in 2-5 GHz.

Not the answer you're looking for? Browse other questions tagged microwave telecommunications or ask your own question.

34
Why do microwave ovens, with metal walls, not blow up?
1
Why we need waveguide in Microwave?
0
Distributed Transmission Line, Characteristic Impedance in AWR Microwave Office
1
Efficiency of the microwave oven
1
How does this continuity/mains tester detect microwave RF?
5
Why does microwave test equipment use N connectors?
1
does my microwave oven have acceptable leakage?
0
“Rigorous” motivation behind the model of transmission line for microwave engineering