This circuit is being called a constant current source, how can this be? Since the gate and the source are both connected together their isn't a potential difference between them. Doesn't' this mean that the transistor should be off? Or do I have this confused with a BJT? 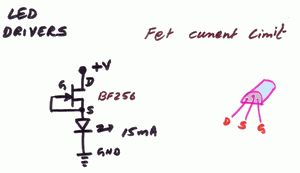 As others have said, it's a JFET, which behaves similarly to a depletion mode MOSFET.

For a voltage across the device that is much bigger than than the cutoff voltage (about 2V) the current is fairly constant. Here is a typical curve from the Onsemi datasheet: 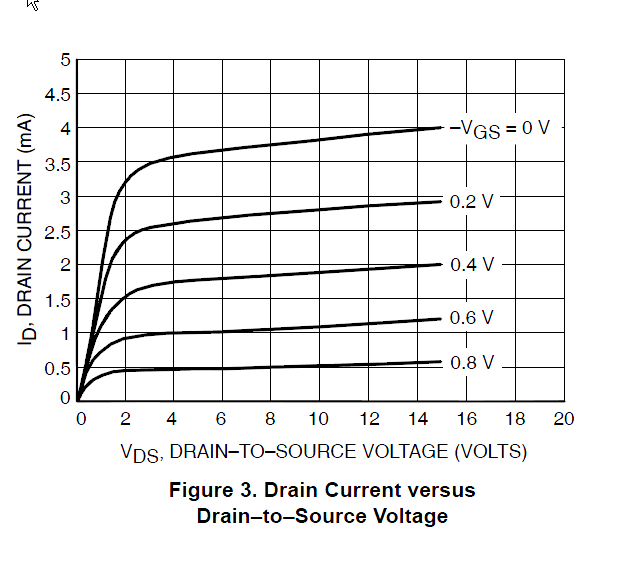 So, at Vgs = 0, the current for voltages of more than a few volts only varies from about 3.5 to 4.0mA (+/- 7% or so). However the actual current is poorly controlled- it might be as low as 3mA or as high as 7mA (parameter IDSS on the datasheet).

Since it needs so much forward voltage it isn't all that useful a circuit compared to alternatives. You can buy more tightly specified devices in a two-lead package- they are called current regulator diodes, but they also require a lot of forward voltage to regulate well and have never been very popular so they are expensive.

Not the answer you're looking for? Browse other questions tagged transistors mosfet constant-current or ask your own question.

1
MOSFET source to drain Current
3
Why gate - source and not gate - body voltage?
4
MOSFET Oscillations when bringing gate to same potential as drain
0
Biasing using a Current Source in NMOS Common Source Amplifier
0
Understading p_MOSFET driver
4
Importance of Source-Body Connection In MOSFET Cascode Amplifier
0
Mosfet Voltage Gain in common-source configuration
1
When is a Gate potential zero?
1
Why is this current source with both sides grounded still supplying current
0
What is the State of a MOSFET with a Constant Source Current and Floating Gate?