What does a LC circuit in parallel to a speaker do?

However, there will be an inductor and a capacitor in series remaining on each channel when in the 'off' configuration. 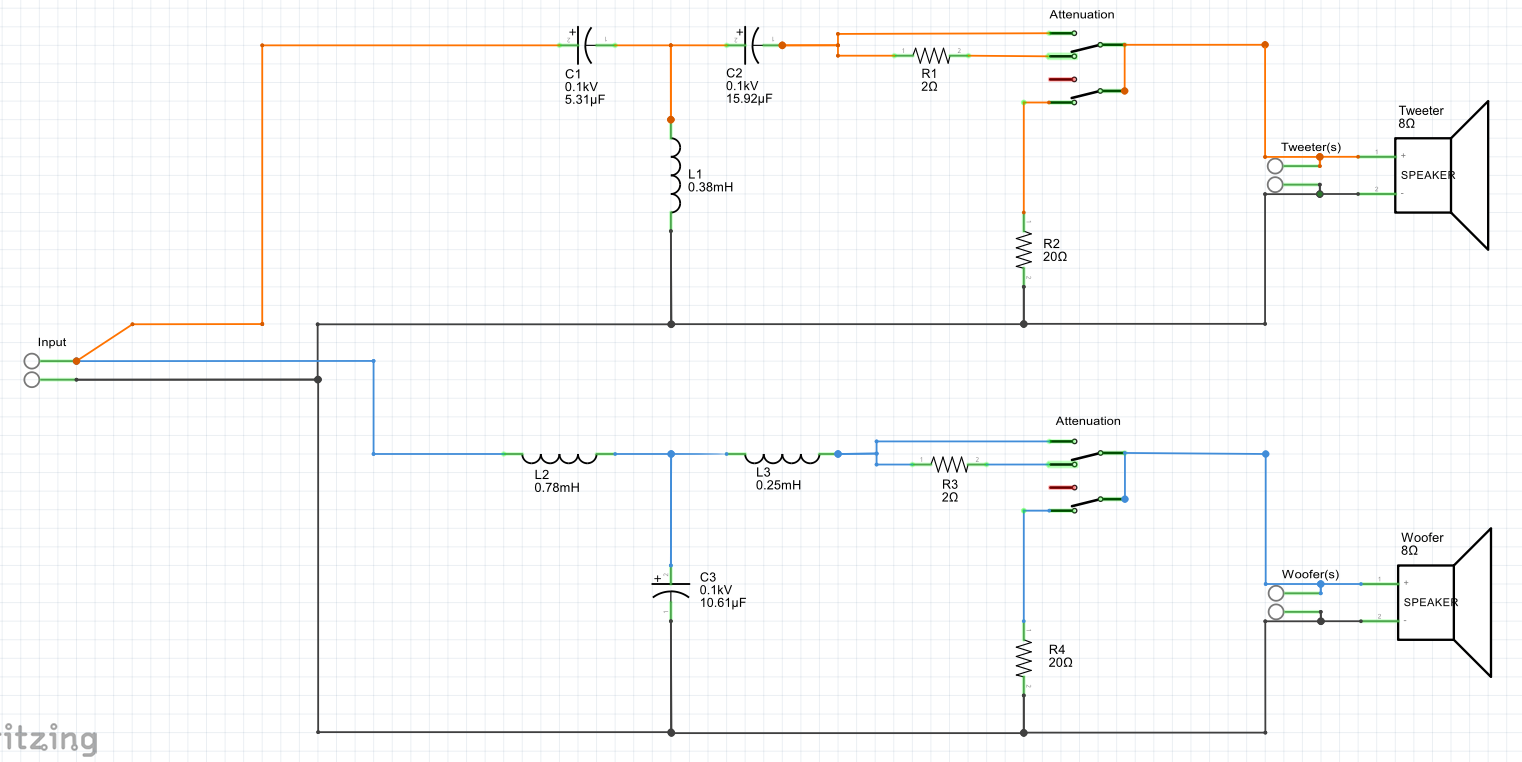 If you want to remove drivers from your system and not have any horrible impedence changes then the safe way is to switch a resistor in when the driver in question is switched out .The resistors should be the same as the speaker impedences ie 4ohm and 8 ohm .The power rating for the woofer should be for the average program power of the amplifier .This could be half of the amps output power .The tweeter resistor can be about a tenth of the amplifier power because most of the audio power is in the bass.In other words the resistors wont be too expensive .Remember that reactive power can make amplifiers produce more distortion than specified ,in fact most people test the amp into a resistive load to save thier ears.Sure your passive crossover wont have a perfectly flat impedence Vs frequency curve but the amp will drive it .When you substitute the resistors the curce will not get any worse .Finaly the resistors mean that you will not blow up the amp!.

Not the answer you're looking for? Browse other questions tagged audio speakers passive-networks or ask your own question.

68
What are the freeware SPICE simulators available?

1
Surface Speaker
6
VCA Using JFET and Op Amp
1
What connector is appropriate for a 500V electrostatic speaker?
4
Calculating impedance in a two-way speaker crossover
0
What all do I need for a simple speaker circuit?
0
Driving an RL circuit with an audio power amplifier
2
Hi fi speaker impedance
3
LC Power filter not achieving modelled attenuation