Why are these readings violating ohm's law? (Are they?)

I'm brushing up on my high school electronics knowledge and I decided to experiment with a small acquarium pump I had lying around. I took some measurements with a multimeter and the results confuse me to no end. The readings don't appear to correspond with Ohm's law, the current draw appears to differ, etc, and now I'm stumped.

I have this small pump hooked up to two AA batteries. According to the (sparse) data sheet, it's rated for 3V and draws a current of "< 460mA". Using the multimeter to read the battery voltage (with nothing connected) I got 3.18V, which makes sense because they were fresh AA batteries. I then decided to connect the pump and read the voltage on the two connectors on the pump. This read 2.9V, which was surprising to me because apparently 0.28V had disappeared. The wires from the battery to the pump are both only a couple of centimeters long, so this seems like a lot of voltage to lose on such short wires. I then inserted the multimeter in the circuit and measured 0.19A. Finally, I measured the pump's resistance, which was 3.5 Ohms.

Trying something else, I hooked up the pump to a 5V molex connector from an old PC's power supply. Measuring voltage on the molex connector, I get 5.04V. Measuring on the pump's connectors, I get 4.92V. Inserting the multimeter in the circuit, I suddenly read 0.28A. So apparently, the pump suddenly draws 200mA more than it did before, which seems weird: isn't a component supposed to just draw the current it requires? Throwing these numbers in Ohm's law gets me 4.92 / 0.28 = 17.575. Also not the 3.5 Ohms I measured.

Finally, I decided to add some resistors to drop the 5V from the molex down to roughly 3V. I added a couple of 1 Ohm resistors in series which resulted in a measured resistance of 4.3 Ohms. Now, if I insert the multimeter into the circuit I get 0.24A, yet again a different current. Measuring voltage across the resistors I get 0.98V, and measuring across the pump I get 3.93V. 0.24A * 4.3 Ohms = 1.032V, which isn't the 0.98V I measured.

I'm apparently missing something fundamental about circuits or Ohm's law, but I can't figure it out. I considered the fact that the pump's resistance changes when it is connected, but then it still doesn't make sense that the values I measured on the resistors don't follow Ohm's law either. What am I missing?

As you've discovered, an electric motor is not well modeled as a resistor, and as such doesn't obey Ohm's law.

A better model for a DC electric motor is there is some resistance in series with a variable voltage source.

Additionally, a battery has some internal resistance, which can be modeled as a series resistor*. A PC power supply also can use this same model, but the series resistance is likely to be smaller. The system then looks like:

We can explain why in the first case your measured voltage is less than the no-load battery voltage because we have a voltage divider. Doing some math,

Notice that \$V_{emf}\$ is different between the two. This is because \$V_{emf}\$ is roughly linearly proportional to how fast the motor is spinning. You should have observed the motor spinning faster when hooked to the 5V supply.

It is possible to reconstruct what the measured load voltage should be with just a single meter, but it requires more information on how \$V_{emf}\$ behaves which is beyond the scope of this answer.

If you set your meter to the largest current range this will use the smallest shunt resistance, you can minimize the impact of having the meter in series at the cost of losing a bit of accuracy.

*note: Batteries don't have a constant internal resistance, but this is a reasonable approximation. It depends on a ton of factors including but not limited to stored energy, temperature, and load.

Helloworld922's answer is correct and quite good, but I thought it might help you to directly answer your questions one at a time.

Using the multimeter to read the battery voltage (with nothing connected) I got 3.18V, which makes sense because they were fresh AA batteries. I then decided to connect the pump and read the voltage on the two connectors on the pump. This read 2.9V, which was surprising to me because apparently 0.28V had disappeared. The wires from the battery to the pump are both only a couple of centimeters long, so this seems like a lot of voltage to lose on such short wires.

Batteries (and some other voltage sources) can produce a higher voltage than normal if no load is connected. The nominal voltage of a AA battery is 1.5V, so your second measurement is actually closer to nominal. Quoting Wikipedia: "The effective zero-load voltage of a non discharged alkaline battery varies from 1.50 to 1.65 V, depending on the purity of the manganese dioxide used and the contents of zinc oxide in the electrolyte. The average voltage under load depends on level of discharge and the amount of current being drawn, varying from 1.1 to 1.3 V." The voltage drop across your wires should be near-zero.

HelloWorld922's answer covers this. There are two important things to understand here. First, a motor is not a resistor, although its wires do have resistance. Second, a motor generates a voltage when it turns, the so-called back-EMF. The back-EMF opposes the motor current. You expected the pump to consume:

This current is called the stall current, and it's what you'd expect if the pump were stuck. In that case, the only load on the batteries is the resistance of the pump wiring. When the pump is moving, you have to consider the back-EMF. The current won't really be constant, either.

Trying something else, I hooked up the pump to a 5V molex connector from an old PC's power supply. ... Inserting the multimeter in the circuit, I suddenly read 0.28A. So apparently, the pump suddenly draws 200mA more than it did before, which seems weird: isn't a component supposed to just draw the current it requires?

No. This is true of some transistor-based electronic devices, but not all components. (Transistors can act roughly like a constant current sink.)

Multimeters do affect the circuit they're connected to. You'd have to check its specs to do an exact calculation. Intuitively, the meter acts as a resistor in parallel with your 4.3 ohms. This reduces the total resistance, which reduces the voltage drop. (That's my guess, anyway -- like I said, it depends on the meter.)

I'm apparently missing something fundamental about circuits or Ohm's law, but I can't figure it out.

Ohm's Law is not an absolute law of electrical circuits. It's a property of certain materials, which are called Ohmic materials. Very few real devices can be modeled as simple resistors, even under normal circumstances! (At high frequencies, even (physical) resistors stop being (circuit theory) resistors, but I'll spare you those details for now. :-))

The rules you can rely on in (low-frequency) electrical circuits are:

Everything else is modeling. If you want to predict the behavior of a circuit, you need good models for your components. And as everyone has said, a resistor is not a good model for a pump.

Using the multimeter to read the battery voltage (with nothing connected) I got 3.18V, which makes sense because they were fresh AA batteries. I then decided to connect the pump and read the voltage on the two connectors on the pump. This read 2.9V, which was surprising to me because apparently 0.28V had disappeared.

Consider what would happen were this not the case. What if you could connect a load to the batteries and the voltage remained unchanged? What if that load is just a wire?

How much current will flow here? Well, an ideal wire is a 0Ω resistor, and there are 3V across it. Using Ohm's law, we can divide 3V by the resistance to get the current (\$I=E/R\$): 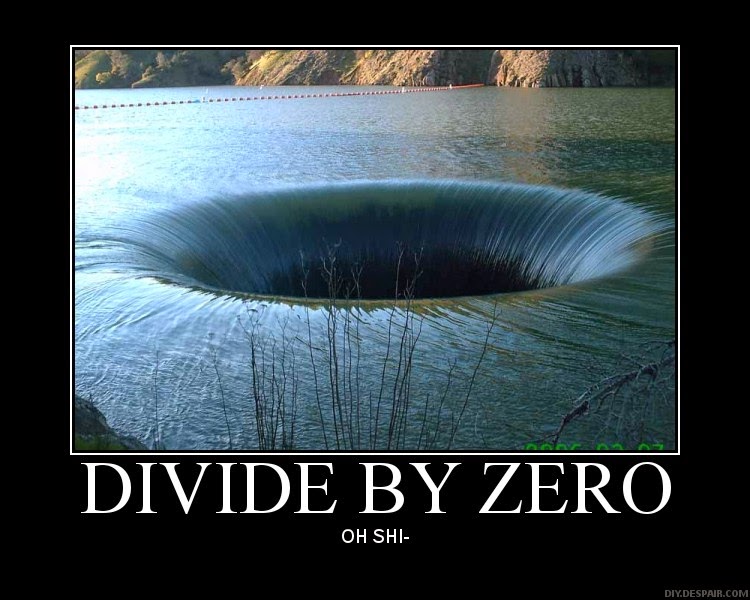 In practice wires have some resistance, so we don't actually end up creating a universe-ending singularity. What if the wire is pretty short and fat, and has a resistance of 0.0001Ω?

Wow that's a lot of current. I'd expect that wire to be vaporized in an instant.

Of course this isn't what actually happens. Real batteries have internal resistance, which is a sum of real resistance of the metal parts of them, and the finite conductivity of the electrolytes in them, and chemical properties that limit the rate of the reaction that happens in batteries that makes them able to pump electrical charge.

We can calculate what this internal resistance is, approximately. We know that at 0A, the voltage across the battery is 3.18V. And we know that with the pump running you measured 2.9V and 0.19A. So:

We know that current is the same everywhere in a series circuit, there must be 0.19A flowing through the resistor. And we need to calculate the value of that resistor such that the voltage across it is that "missing" 0.28V. This is an application for Ohm's law:

Finally, I measured the pump's resistance, which was 3.5 Ohms

This is not an application for Ohm's law. Ohm's law applies to resistors only. It does not apply to:

Were in the case that current was always equal to voltage multiplied by resistance, we would be really limited in the kinds of electronics we could create! We could only make linear circuits, which means we could not have computers or radios, for example.

A motor is not an ohmic resistance. There are inductors and magnetic fields at play, which change the apparent resistance (impedance) beyond what you measure with your multimeter.

Every battery has an internal resistace which drops some voltage across it.That's why you see this difference(3.18V to 2.9V).You can't rely on the resistance of motor.It will vary with a lot of factors.

Ohm's law isn't really a law so much as a consequence of statistical thermo and a material property given certain conditions.

If the motor is perfectly lossless, it will draw no current (and therefore power) once it's up to speed.

Instead, if you stall the motor, you'll create a short circuit with the current being limited only by the internal resistance from the battery, wires, ect.

Not the answer you're looking for? Browse other questions tagged multimeter ohms-law or ask your own question.

38
Why does Ohm's law not work for vacuum cleaners?
49
Why is the voltage measurement of this circuit different when the switch is on?

6
What should I expect the low end of my multimeters resistance measurement range to be?
11
Fuse blowing in 12 multimeters rated for 200mA, only measuring 12.5mA. Why?
2
Is Ohm's Law violating itself?
2
Understanding current readings from a multimeter
0
Testing Amps And Resistance On PC Case Fan
0
How to read a multimeter (digital) -- should I get 2A readings from a couple of AA batteries?
0
Where did I miscalculate ohms law in my experiment?
1
Experiment - measuring current across two resistors
0
Incorrect amperage readings, possible faulty meter?
1
Explain how Ohm's law applies in this tiny circuit