How does a closed loop antenna work?

Do all closed loop antennas work off of the principals of induction?

What is the significance of the number of windings in the closed loop antenna and how does it relate to the wavelength of the desired frequency?

A transmitting antenna is preferably a dipole or a monopole ranging all the way up thru a yagi to a dish antenna. These are resonant devices in that the electric and magnetic fields produced rely on resonance. The electrical input has the correct carrier frequency to broadly centre it at the resonance of the antenna.

This ensures that maximum conversion from electrical power to electromagnetic power is obtained. If you want a decent transmit antenna this is what you do.

When it comes to receiving a radio wave you can still use any of the above but you can also use non-resonant antennas such as magnetic loops such as this: - 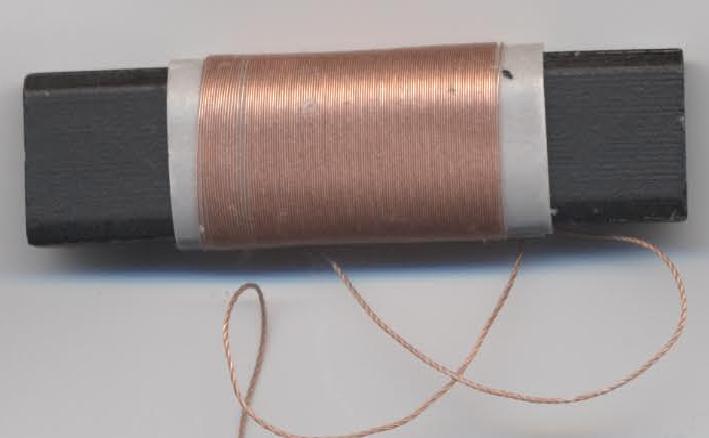 This is perfectly good for receiving long and medium wave transmissions - they convert the magnetic part of the incident EM wave to an electrical signal and just add a capacitor to tune and you have the front end of a regular AM receiver. But that mag loop cannot transmit hardly any distance at all even though it is resonated by a tuning capacitor.

Clearly, the small size compared with the wavelength of (say) 1MHz (about 300 metres) makes this the choice for simple AM receivers all the way up to several MHz.

The magnetic flux from the EM wave gets concentrated thru the ferrite and you have as many turns as possible (before self resonance becomes an issue) and you get a decent signal of maybe typically a few hundred micro volts. But because the flux gets concentrated in reception the same happens in transmission and, couple with the fact that it produces virtually no E-field to speak of makes it a really crappy transmit coil.

But you can make a loop antenna that is resonant and it can be confusing working out whether it's just a plain ordinary H-field antenna (like in the picture above) or one of these: - 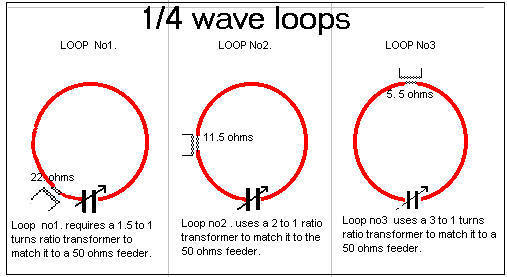 Some of them have quite substantialtuning capacitors in them like this one because the voltages generated are in the realms of kilo volts: - 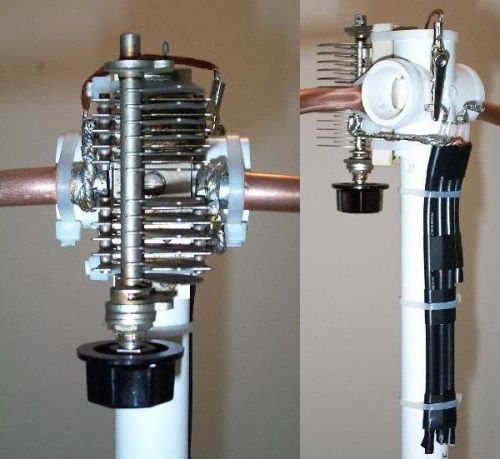 The bottom line is if you want to transmit you need to create an electric field and H field that are of the ratio 377 ohms (impedance of free space) but you don't need to do that to receive.

What is the significance of the number of windings in the closed loop antenna and how does it relate to the wavelength of the desired frequency?

For the quarter wave resonant loops (used as a transmitter) a single turn is preferred because it produces the biggest H and E fields (when resonated). Think of a parallel LC tuned circuit - the Q of that circuit needs to be maximized to get the circulating currents as big as possible. Given proximity effects and skin effects, the "coil" is effectively a rounded length of copper pipe and with two or more "turns" in parallel you get proximity effects that start to kill-off Q.

The antenna loop consist of a circular shape attached by a voltage source and then the loop will excited and radiate Electromagnetic waves , We consider the loop as a ring and there are a current passes through the loop due to the applied voltage , we know the current term means that physical behavior we see when charge moving , the Metal consist of a lattice which Holden together by a metallic bond , the metal consist of a positive ions and negative free electrons moving in random way ( that called classical free electron theory ) and the attractive force between the positive ions and negative electrons makes the Metal consistent , harder and more durable , when we apply a voltage the gradient of the voltage from on terminal of wire to the last produce an electric field that electric field will exert a force on the free electrons in the opposite direction to the direction of the field then the electrons will moving then it will produce an electric current passes through the loop in circular manner , the speed of the electron will be very high therefore we will treat with it by the special theory of relativity , I Will consider my self as an electron moving in circular manner in a ring by a very high speed we can convert that type of motion to a simple harmonic motion in line motion in a path it,s length equal to the circumference of the ring , the line is a metallic wire consist of free electrons and positive ions and the electron will move so rapidly from up to down then from down to up and repeat it , Now i,m an electron and i see the relativistic effect and the length will contract consequently All positive ions accumulates consisting one very big positive charge and the electron very small localized negative charge , That analogous to a very Famous Model called Bohr’s model of the Atom ( Kepler problem + coulomb problem ) , and the Motion of the electron Ascending and descending considered as an excitation of the electron to upper orbit then back to it,s original orbit and Repeats that behavior again , the excitation and discharge will produce Electromagnetic waves That it,s the same EM waves Which we see it Transmitted by the Loop antenna As we talked before

Not the answer you're looking for? Browse other questions tagged rf antenna inductor receiver or ask your own question.