Wiring an SSR rasberry pi with an SSR-10DA

I have an SSR (pictured) that I intend to wire up to a European 220v appliance (in Norway) and a Rasberry Pi. It appears from this post that no diode is necessary (with an optional 1k resistor).

So then I would just take the 3.3v power, via a 1k resistor, to the GPIO pin to the SSR, then a ground back to the RPi? 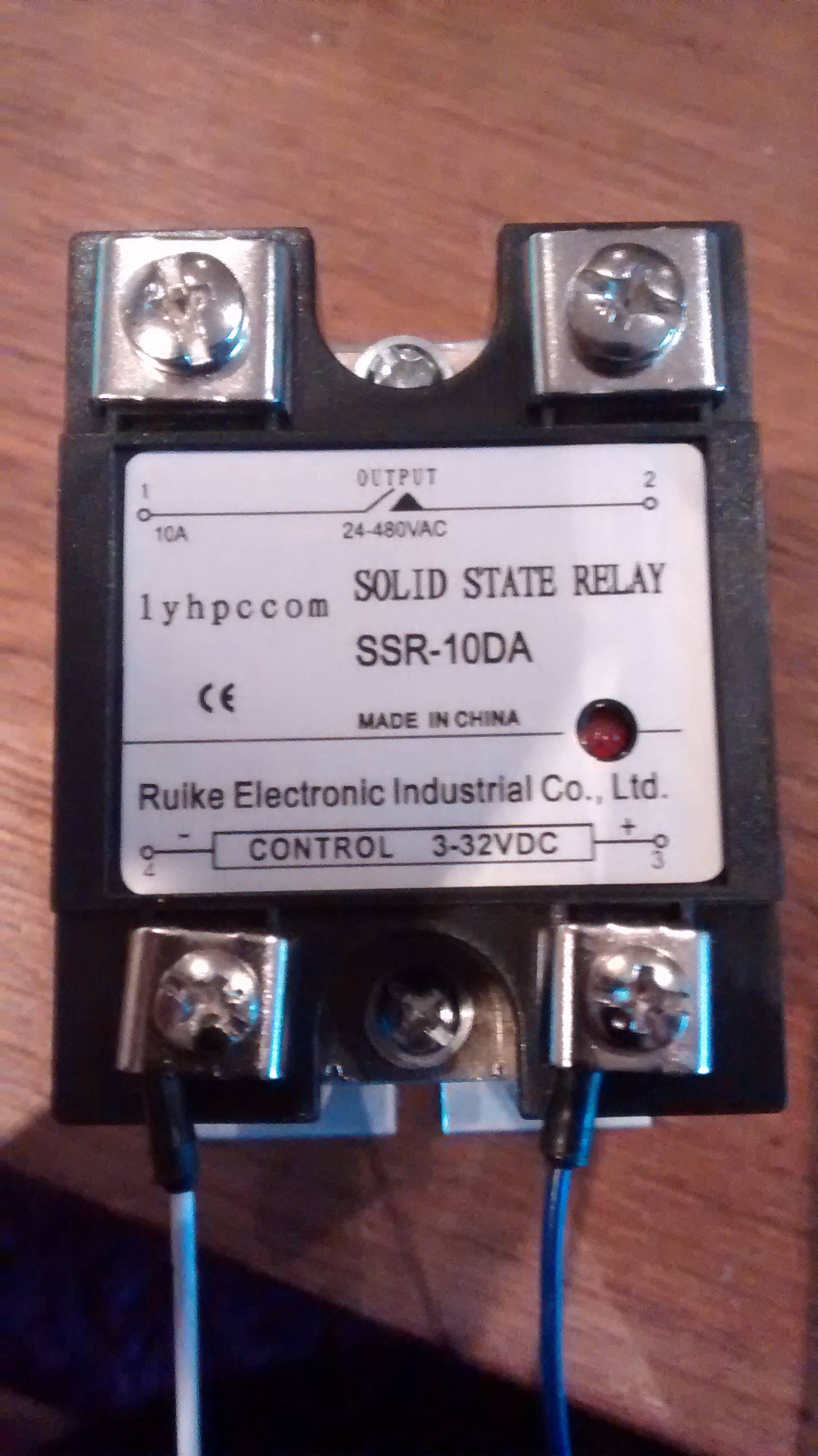 After wiring things up, it appears the SSR has power regardless of whether there is a voltage over the control side (see pic). Any suggestions? 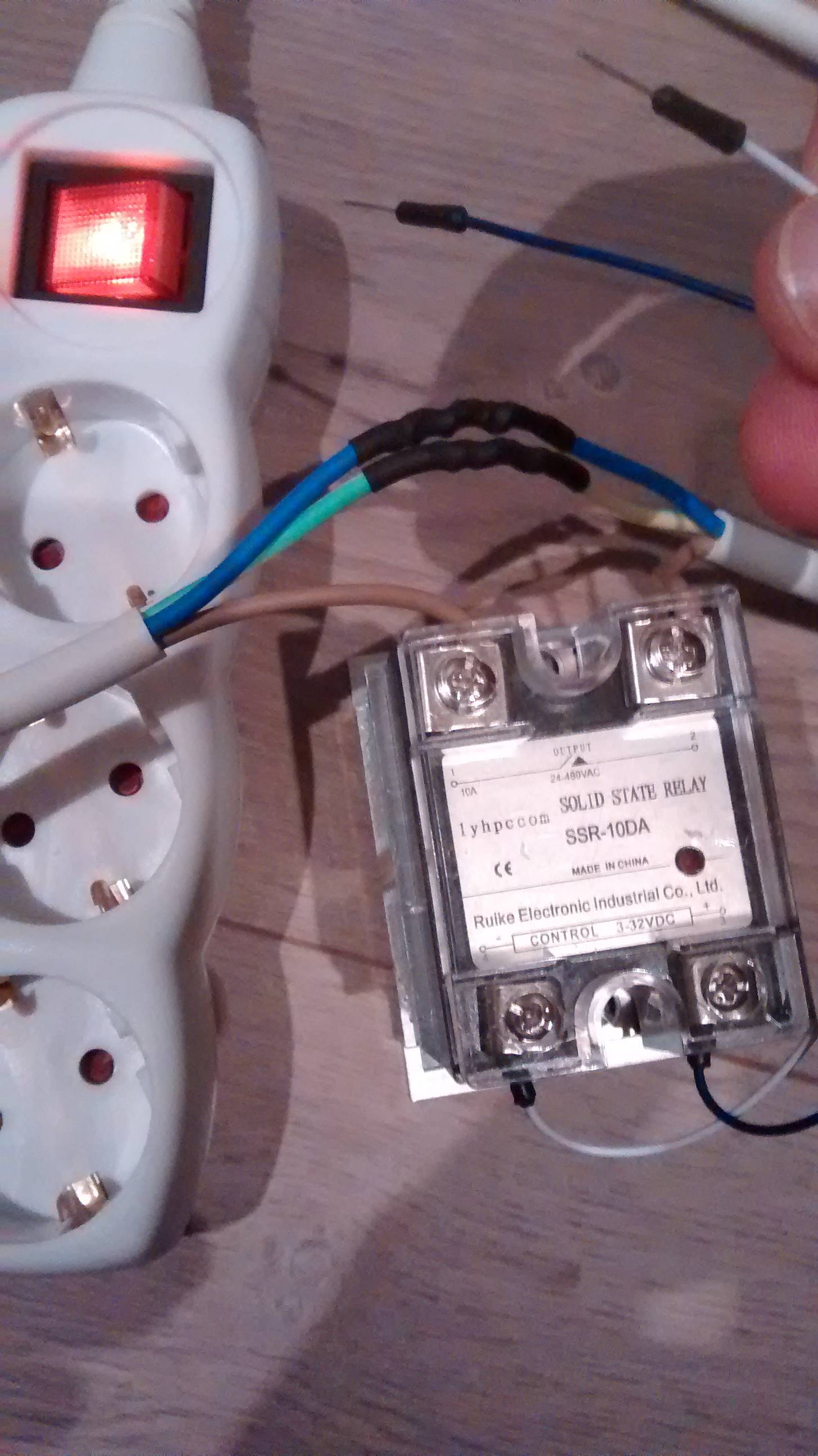 You can hook it up directly or with a current limiting resistor (to protect both sides from a faulty condition).

But you have to make sure that it will work correctly. So for this, you look up what kind of currents are needed to make the SSR trip.

The datasheet (if that's the correct one, I hope so), says it has a low tripping current of under 7.5mA. So 7.5mA should be the least current your Raspberry should be able to supply (then it will work with every SSR-10DA).

As you have 3.3V, the current limiting has a maximum value of 440\$\Omega\$. But that would mean that you would have a short in the SSR, which you probably won't have. So another important value is the minimum ON voltage. Which is given as 2.4V.

So if you want to put a resistor there, go for 100\$\Omega\$ maybe, probably lower, but if the SSR input shorts it won't protect your GPIO from an overcurrent (16mA per pin maximum from what I found).

Another note: The 3.3V rail from the RPi seems to be very limited as discussed here: What is the maximum current the GPIO pins can output? So probably it would be better to use a transistor as depicted in your linked post to switch it from the 5V rail.

From your link a NPN transistor shall be used for buffereing, RPi GPIO can't drive the SSR directly, therefore you can use the same circuit as depicted in that link, the only thing you can leave is the freewheeling diode.

Not the answer you're looking for? Browse other questions tagged raspberry-pi solid-state-relay or ask your own question.