I have a PCB design which incorporates a GPS unit. I'm looking at refining the PCB, and I'm looking to do away with the long cable length, occupation of space within my enclosure, current consumption, and reliability issues that I have experienced with using an external GPS antenna. I'd like my new PCB design to incorporate a ceramic GPS patch antenna right on the PCB itself.

I have quite a bit of PCB real estate that will be facing the sky once installed in it's enclosure. I'm hoping the enclosure itself won't block the GPS signals too badly, as it is made of plastic that's about 3mm thick.

Can I have part of the antenna ground plane located underneath another small pcb that is mounted on top of the PCB with the ground plane on it? 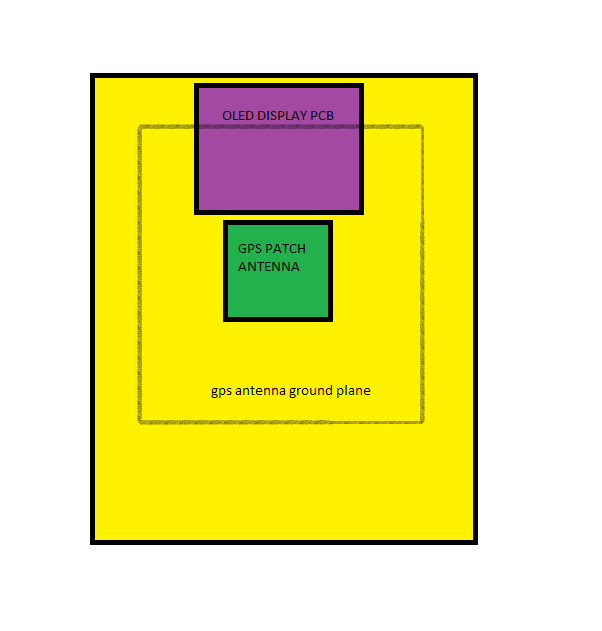 Here are the specs for the hardware I am proposing:

Do I connect the antenna ground plane to the ground of the entire PCB? If so, where should this connection be made?

Note that the ANT1818B00DT1516A datasheet specifies a 50mm x 50mm ground plane underneath the patch antenna.

If the ground plane is larger or smaller then there will be effects on the overall performance of the antenna. You can read more in this Maxtenna application note. It states:

When the ground plane size changes the resonance frequency of the patch, where the matching is optimal, changes as well.

So if your ground plane is too small (or too large) the resonance frequency will change, essentially detuning it from 1575.42MHz and making it less sensitive.

In the graph below you can see the centre frequency varying by as much as 40Mhz when the ground plane is too small, the total bandwidth is also reduced. The gain is reduced by ~20dBic which can be seen in the application note.

Yes, this will work, but will also reduce the sensitivity. Ideally you want an unobstructed area around the antenna.

However, many commercial devices exist that have very densely packed enclosures, often with a screen on top. Consider the Garmin Nuvi below: 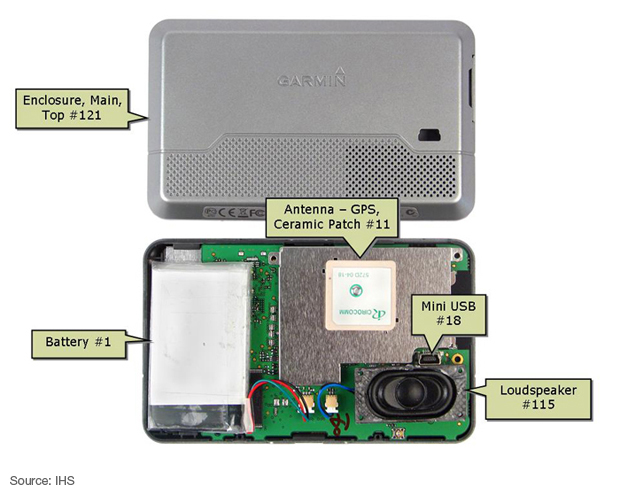 You will notice that there's not space for a large ground plane above the antenna and the screen is on the other side of the PCB. However, it's likely that a number of different patch antennas were tested before the devices were mass produced, so it's not directly comparable to your scenario.

If you want a small PCB then consider mounting the GPS antenna on the opposite side of the board to the screen. Allowing the correct size ground plane and test it. You might be surprised just how good the GPS receiver is.

No. The ground plane is for the GPS patch antenna only and is separate from the rest of your PCB. You should not connect it to any other part of your PCB.

As a separate note you should consider the antenna feed. It should be run on the opposite side of the PCB and ideally impedance matched to 50 ohms. This likely won't matter for a small run of hobby boards but might be important for a high performance system, because GPS runs at ~1.5Ghz which will likely be impacted on standard FR4 PCB.

Not the answer you're looking for? Browse other questions tagged rf antenna gps interference ground-plane or ask your own question.