I am making a solar tracker and was checking different methods for Sun Light Sensing. This one is what I was going to use, which is pretty simple arrangement of LDR sensors, which go in shadow if panel is not perpendicular to sunrays.

However I came across some commercial trackers which use different sensor and arrangement, for eg, 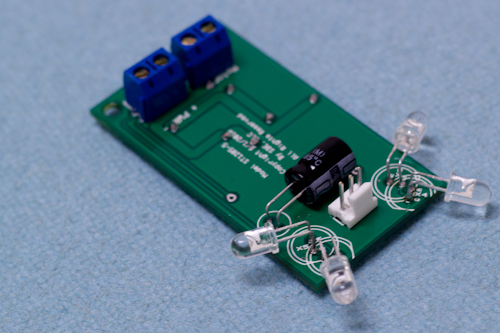 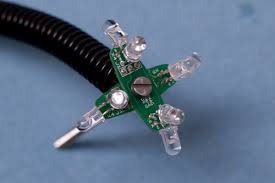 Can anyone explain how this method works and which sensors are they, because it seems to have some advantage over the first arrangement.

You can design your circuit with LDRs. The pictures show what I guess to be 3mm DIP Ambient Light Sensors.

I can't see the details of the second picture, but if they are 8 separate sensors, it will be more precise and will drive your solar panel to better levels of light and consequently, higher output power (unless it will be already receiving more than enough light).

You may not already know this, but plain ordinary LEDs make decent light detectors. A LED will produce a small DC voltage when exposed to light. The wavelength that the LED responds to is normally the color that the LED is designed to produce.

The 2nd sensor that you show (8 LEDs) is more accurate than the sensor with only 4 LEDs. However, I would point the LEDs that are currently straight up to a 45 degree angle instead of straight up.

Not the answer you're looking for? Browse other questions tagged solar-cell photodiode ldr light-sensor or ask your own question.