I've been making PCBs myself for 5 years already.

When inspecting PCBs under volates (up to 12V) i've noticed weird spots growing in front of my eyes. Absolutely clean PCB gets dirty in approx. 60 seconds.

I've thrown away all my chemicals and ordered a new set of blank PCB material. I've event replaced standard water with the distilled-one as well as bought new welding Flux (Weller).

I do still get the same effect.

What else should I try?

ps: PCB in the photos below was crystal clean 60 seconds before powering it up with a 12V rail. 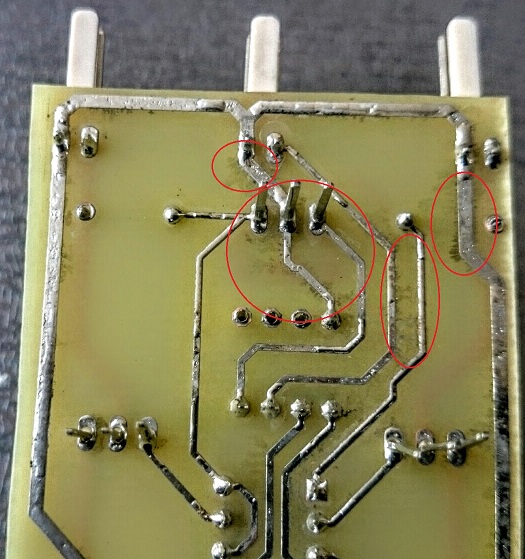 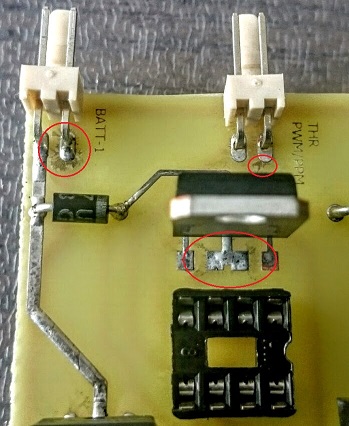 I am answering my own question as I was able to identify the root cause.

It is due to Flux. I am using Weller F-SW12 (datasheet) I haven't experienced problems in the past because my PCBs were mostly for 3.3V/miliAmpere range (however, quartz filtering capacitors were often going crazy, now I know why). The dendrites have appeared due to multiple factors:

Normally, after acetone bathing I was drying PCBs. That process was leaving a thin layer of highly diluted Flux, thus spreading that Flux across the entire board.

I fact, I was able to recover "contaminated" PCBs by re-washing those with acetone and then intensively washing it all under the running water, finally rinsing everything in the distilled water.

To prevent future PCBs from dendrite formation I have replaced the Weller flux with simple rosin/alcohol fluid and have not observed dendrite growth ever since. Furthermore, this mixture doesn't require to be carefully treated/washed as is not conductive to electricity (It seems). 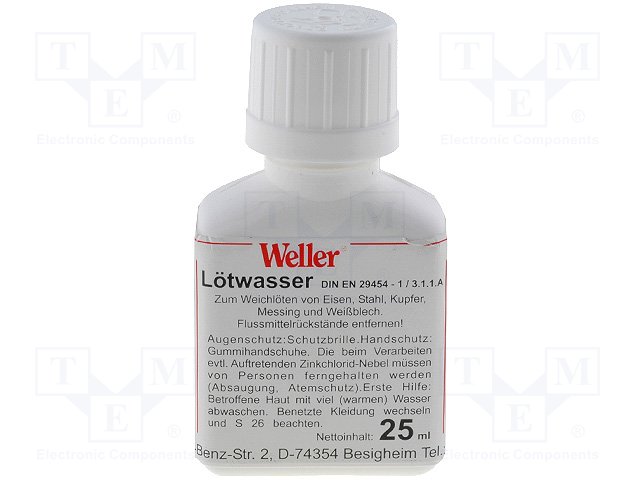 This comes about due to the reduction of lead in solder and tin alloys. NASA has done research into this and one solution is to coat the board with a 'conformal' coating: " NASA GSFC experiments have shown that use of Arathane 5750 (formerly Uralane 5750) conformal when applied uniformly to a nominal 2 to 3 mils thickness can provide significant benefit by containing whisker growth outward through the coating. "

More can be found on NASA's page about Tin Whiskers (dendrites) here: http://nepp.nasa.gov/Whisker/background/index.htm

4
When to use a high voltage resistor vs multiple standard resistors?