So, my goal is to print (on the standard output) a number using a Nios II system on a FPGA Cyclone II Altera.

1) I created the following Nios II system with the Qsys tool (Quartus II): 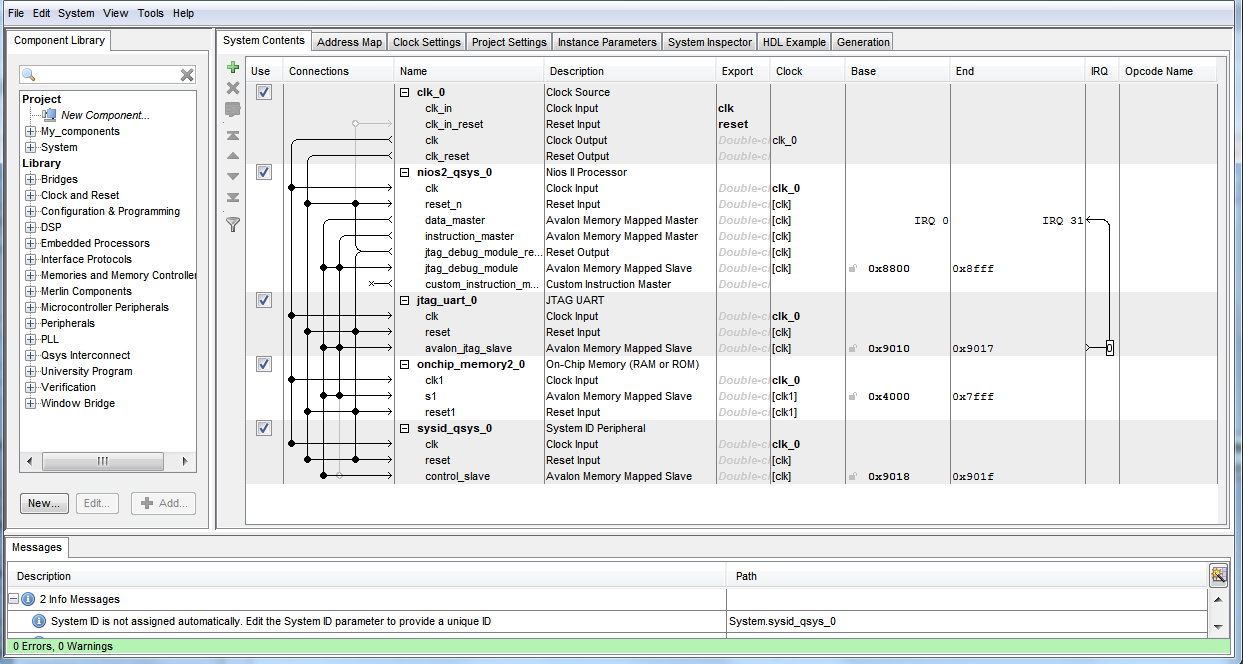 2) I wrote the following C code:

3) I downloaded the system on the FPGA and I compiled and loaded my code using Altera Monitor Program, I ran the code and it works, my code prints "Hello world" on the Monitor Program terminal.

Why it doesn't work?

Based on the verification error and looking at your Qsys system, there isn't enough RAM.

By using %i,d or u, you are forcing the compiler to include the full routines for integer to string conversion, which in turn requires division and modulus code. This will use a fair amount of space. Much more so than %s which requires little code.

Not the answer you're looking for? Browse other questions tagged fpga c processor or ask your own question.