I am designing a changeover circuit that switches the load from one grid station to another. I was thinking about wiring two spdt relays in anti-parallel to create a dpdt switch.

The schematic at the end although a different application, best captures the question that I am about to ask.

My question is that can this cause a short circuit/connect the two grids during the small time period when the relay is switching. Does it matter if I am using a mechanical or a solid state relay? Is there any way to avoid this? 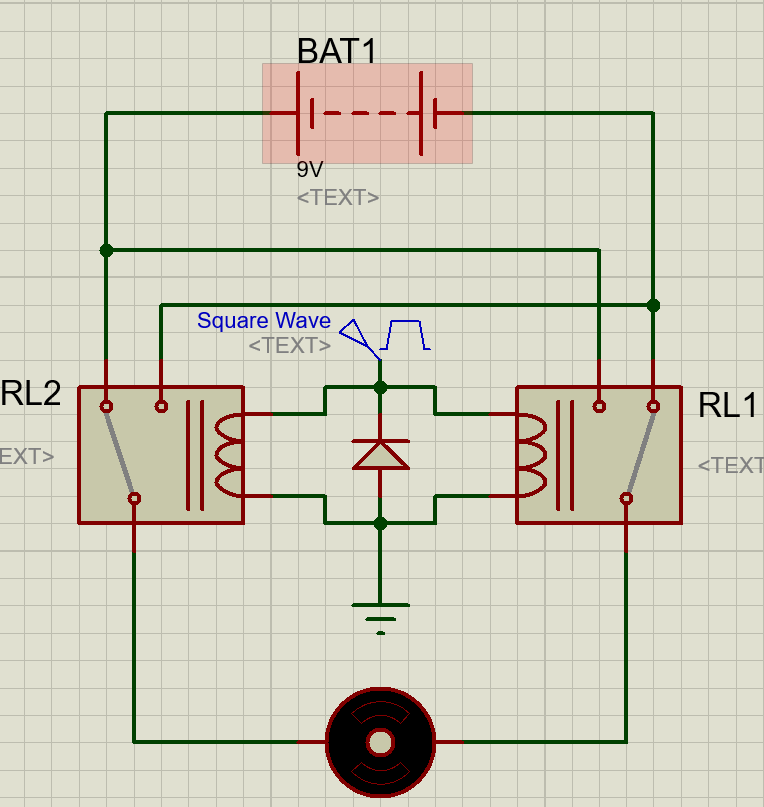 Take a close look at your motor reverse circuit. When one relay is activated and the other isn't (that is the short-time situation you are afraid of) both sides of the motor are connected to the same battery pole. With a motor, this means breaking (hard). With a normal load, this means the load does not receive any energy.

If you are realy worried about this situation, you could use a third relay to decouple your device, then switch, then re-couple it (to the switchover grid).

Since there's no way - regardless of the position of either relay's armature - that battery plus can be connected to battery minus except through the load, it's impossible to short the battery.

However, the schematic you've shown isn't what your question is asking for, which is a way to switch between two grids with no danger of shorting the grids.

Using the same pair of SPDT (1 form C) relays as in your example, the following will work for you, and is shown with K1 and K2 de-energized, which will disconnect the load, RL, from either grid, represented by BT1 and BT2. 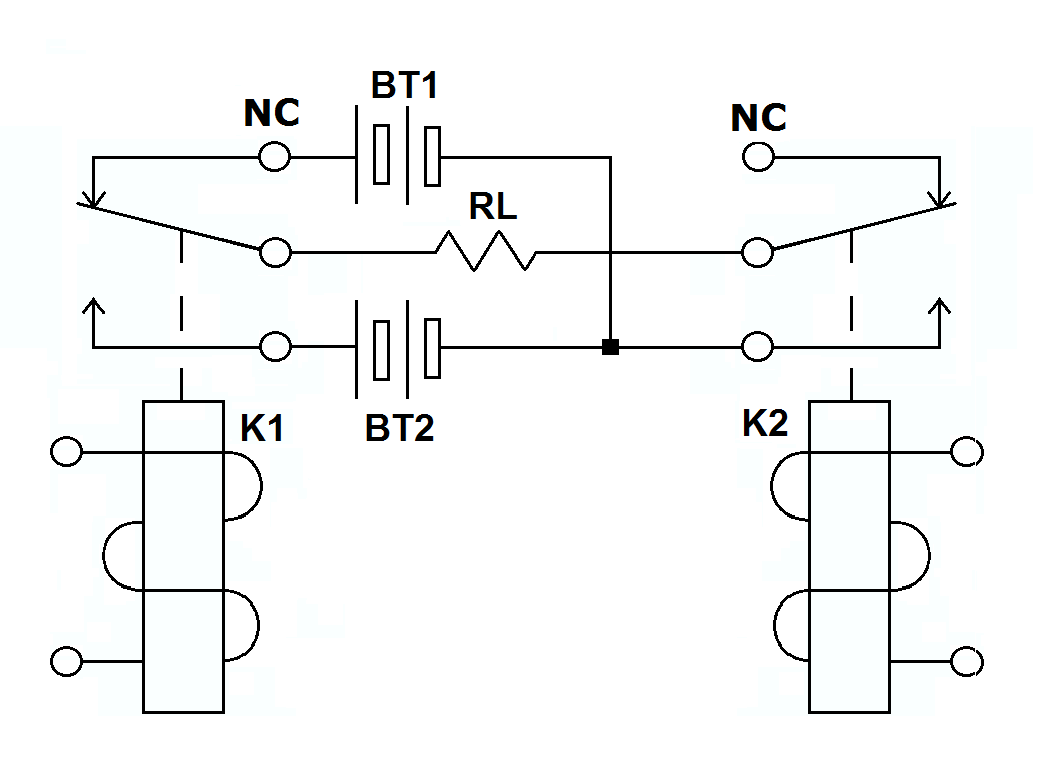 Not the answer you're looking for? Browse other questions tagged switches relay solid-state-relay short-circuit or ask your own question.

1
Vacuum relay vs silicon
8
What kind of effects does a relay have on signals?
2
Relay switching for audio
1
Creating DPDT Solid State Relay with FETs
1
Is there any wearout mechanism for a relay simply from current flowing?
6
“Break-before-make” SPDT Relay out of 2 SPST Relays
1
Combine two DPDT relays to make a 4PDT relay
1
Solid state relay (SSR) - alternating polarity
4
SPDT relay as SPST: why tie common to NC?