What is the purpose of the opamp in an integrator circuit?

What is the exact role of opamp in an integrator circuit....? 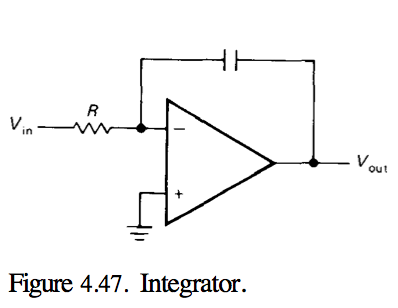 An opamp in such a negative feedback configuration will try to keep the voltage between the - and + input zero. The + input is grounded (0 Volt) so the opamp will control it's output such that the - input will also be 0 Volt. Let's assume that Vin is 1 Volt then there will be 1 V across resistor R. This means that a current of 1/R will flow through the resistor. This current cannot flow into the - input of the opamp (the inputs are high-impedance) so the current must flow to the capacitor, charging it. Since the - input stays at 0 Volt and the capacitor is charging, the other plate of the capacitor (connected to the output of the opamp) must linearly decrease in voltage. So at the output there would be a linearly decreasing voltage.

To make the output voltage increase you would have to apply a negative voltage (for example -1 Volt) to the input. If Vin = 0 then the circuit enters a static situation as the capacitor is not charged nor discharged.

My simple answer is: The op-amp compensates the voltage drop across the capacitor by adding an equivalent output voltage in series.

A better way to answer such a fundamental question is to reinvent step-by-step the circuit and show its evolution from the simplest passive version to the most sophisticated op-amp active version. I have demonstrated this approach below by a 5-step building scenario accompanied by pictures.

Surprisingly, my explanations are not based on the virtual ground concept but rather on the more general concept of virtual short between the two op-amp inputs. That is why my circuits are drawn floating and only the digits 1 and 2 in blue remind of the virtual and real ground.

1. C current integrator. Due to its accumulating property, the humble capacitor can serve as a simple integrator with current input and voltage output - Fig. 1. 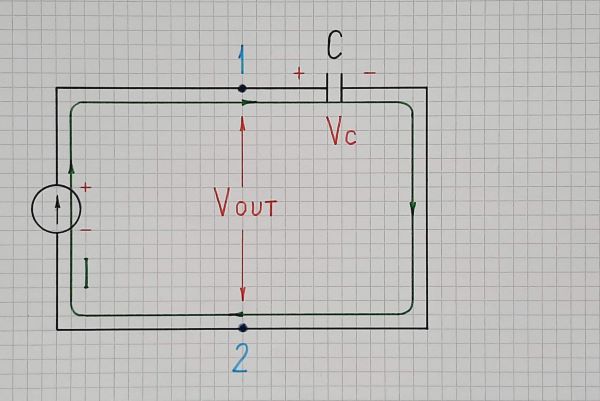 Fig. 1. A capacitor acting as a simple current-to-voltage integrator.

2. RC voltage integrator. But since, for a variety of reasons, we prefer to use voltage than current in our circuits, we need an integrator with voltage input. We easily guess to put a resistor R in series to the capacitor with the purpose to convert the input voltage to current - Fig. 2. 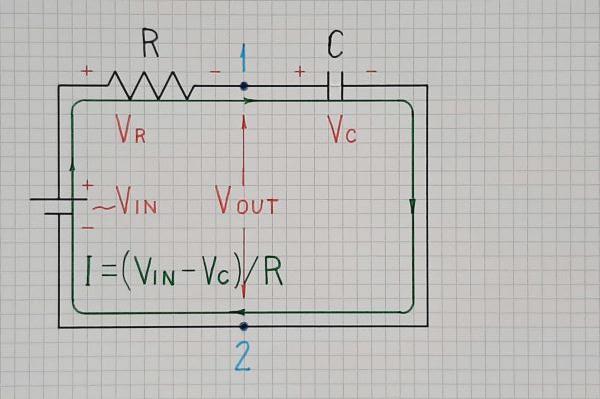 Fig. 2. An RC circuit acting as an imperfect voltage-to-voltage integrator.

In the beginning, the voltage across the capacitor is zero. The current is determined only by the input voltage and resistance, according to Ohm's law (I = Vin/R). But when the voltage across the capacitor increases, the current begins depending also on it - I = (Vin - Vc)/R, and slows down its rate of change. This leads to the famous exponent... but here we need a linear relation.

3. RC integrator compensated. The voltage drop across the capacitor causes this nonlinearity... so, it has to be zero for a best linearity... but we need it as an output voltage. What do we do then?

Common sense and experience tell us the idea how to remove Vc but still to have a copy of it. We quess to connect a variable voltage source in series to the capacitor and in the same direction as the input voltage - Fig. 3, and make its voltage equal to the voltage drop across the capacitor. 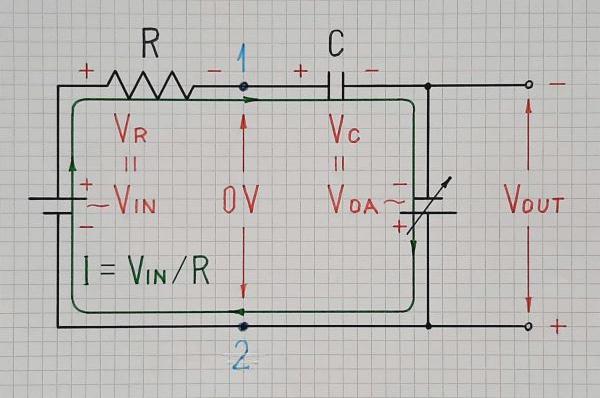 As a result, the voltage drop of the capacitor will be removed and the current will be as in the beginning - I = (Vin - Vc +Vc)/R = Vin/R. Note that here the integrating circuit (R, C and VOA) is responsible for the constant current; it "helps" the input voltage source with an additional voltage VOA = Vc.

2. Vout = Vc: Theoretically, the original voltage across the capacitor can be used as an output voltage but this has two drawbacks: first, this voltage is "floating"; second, the load will shunt the capacitor with its internal resistance and will divert a part of the current flowing through the capacitor.

3. Vout = VOA = -Vc: This is the clever idea which might occur to us - to use the compensating "mirror copy" -Vc as an output voltage instead of the original voltage Vc. Thus the load is grounded; it consumes a current from the "helping" voltage source instead from the input source and so it can be with low resistance.

I conducted such a fun experiment with my students in 2001. We used an electrolytic capacitor with large capacitance and a resistor with high resistance (to slow the charging process), a sensitive voltmeter to measure the voltage V(1-2), and a variable power supply to produce VOA (Vout). Students were varying VOA so that to keep zero voltage V(1-2); as a result, VOA was changing linearly through time.

4. Op-amp inverting integrator. Now it remains only to replace the manually-controlled "helping" voltage source with an op-amp - Fig. 4. The current path is crucial here to see the great idea. Since the input voltage is positive, the op-amp output voltage is negative and the current enters the op-amp output... then passes through the negative power supply V- and returns to the input source. The positive source V+ is not essential in this case; so it is only hinted. 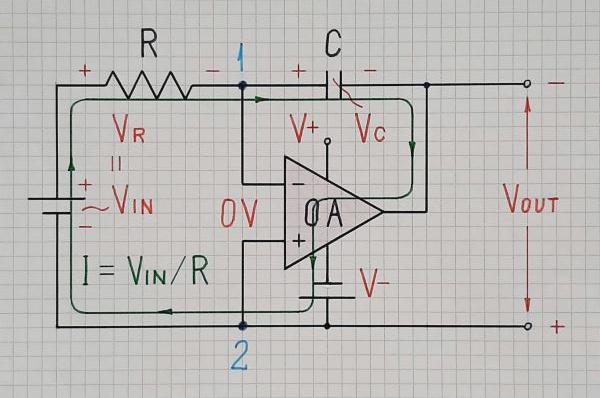 So, the key point of this explanation is adding, not amplifying. To think of the amplifier in a negative feedback circuit not as of an amplifier but rather as of something like a slow being is a powerful technique for intuitive understanding and explaining such op-amp circuits.

See also the Wikibooks story and RG question about the op-amp inverting integrator.

Virtual short concept. The total voltage across the network of two elements in series - the capacitor C and the compensating voltage source Vout, is always zero. So this network behaves as a "piece of wire" that virtually shorts the points 1 and 2 - Fig. 5. This is what the input source "sees" when "looking" through the resistor R at the op-amp input. 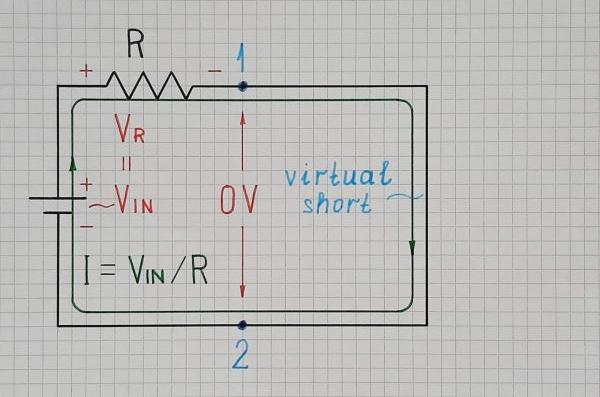 Fig. 5. Equivalent circuit of the output part on the right.

This is a common property for all op-amp inverting circuits where the op-amp compensates in such a series manner the voltage drop across the element connected between the output and inverting input.

Negative impedance concept. Another more original viewpoint is to think of the op-amp output as a "negative element" that adds in series the same voltage as the voltage drop across the "positive" passive element (resistor, capacitor, diode, etc.) Thus the negative impedance neutralizes the positive impedance and the result is zero impedance.

See also another Wikibooks story about the philosophy behind this topology. If you install a Ruffle extension to your browser, you can watch an interactive Flash movie that shows how various op-amp inverting circuits can be built. You can also download it as an exe file with embedded Flash player.

Not the answer you're looking for? Browse other questions tagged operational-amplifier integrator virtual-ground or ask your own question.

9
How does an op amp integrator work?
5
What does a capacitor do?
3
Differentiator and integrator - without op-amp
1
How to read a schematic with capacitors