Bode plot of poles that are close to each other

I have a transfer function of the following form:

I drew the the bode plot and double checked with matlab and I found some discrepancy. I found out the problem happens between 1MHz and 4MHz as the poles are close to each other (Less than 1 decade difference).

However, in MATLAB, at 4MHz the gain is 69 db. Which means the gain dropped by 8dB not 12 dB. Can you please tell me where is the flow in my understanding?

I know that this problem happens because the poles are close to each other with less than 1 decade difference, and I am not sure how such cases are handled.

My plot (The x axis is multiplied by 2pi and it is in rad/s): 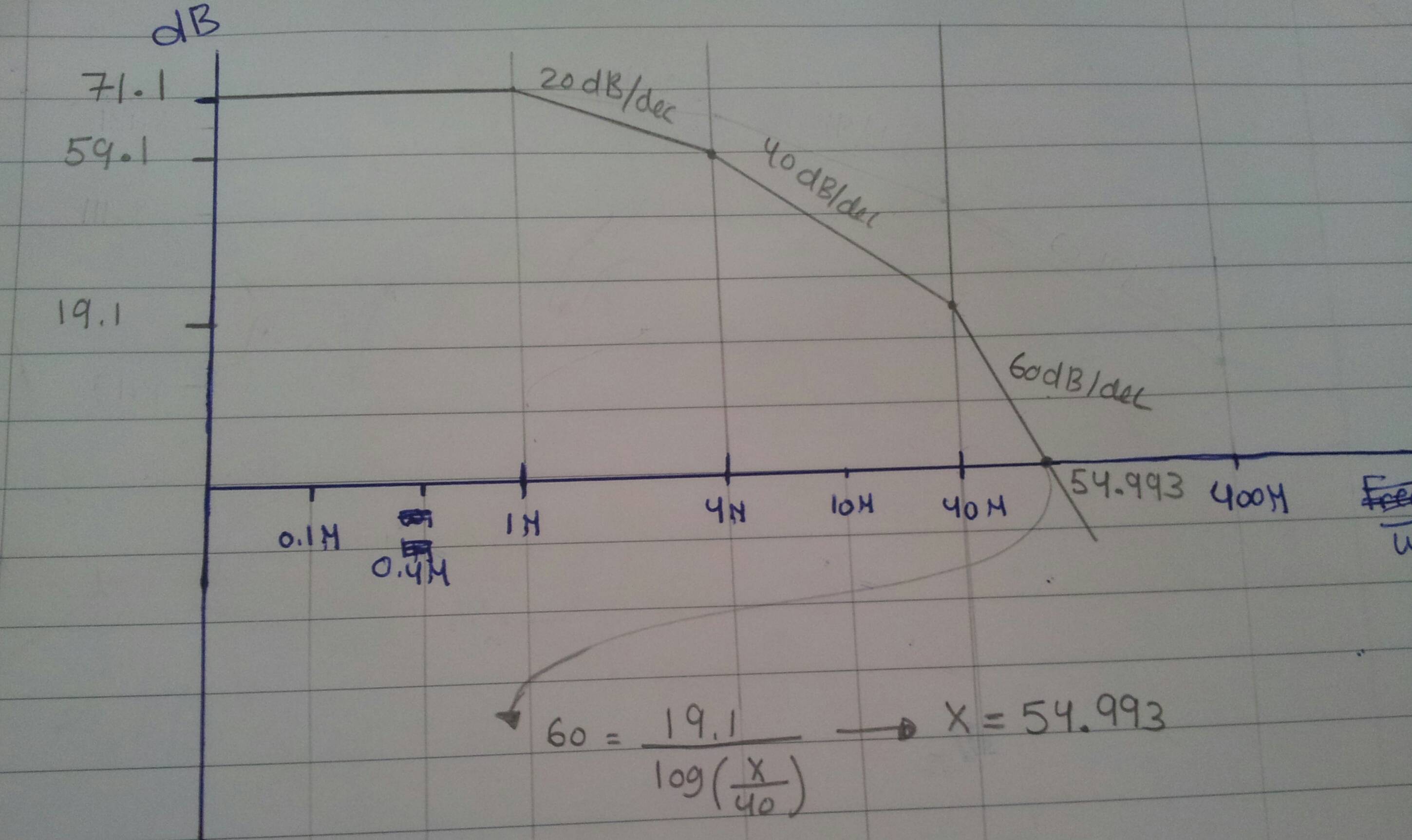 Now, you are performing an asymptotic analysis, so the numbers you get will be a little off of the MatLab result, but should be correctly done after the change in frequency scaling. For example, after correcting for asymptotic error the first two poles should have magnitudes of 68.1dB at 6.28Mrad/sec, and 55.8dB at 25.1Mrad/sec.

Note, you won't have a complete Bode plot until you add a phase plot too.

This answer missed the point (very tiny picture in the op's question) that the frequency response was in radians per second instead of Hz. However, I'm leaving it up here because it's still quite an important point about what happens when two frequency breakpoints are close - they tend to merge to a single 2nd order breakpoint at logarithmically half way between the two original break points.

OK, now you have the MATLAB picture, I can confirm you are potentially getting a 2nd order "peaking" effect. Forget about the term at 40 MHz - this is irrelevant to the range 1 MHz to 4MHz. So now your TF becomes: -

If you multiply this out you get: -

In other words, it has the form of a classic 2nd order, low pass filter having a net resonance at \$\sqrt{\omega_1\omega_2}\$ or 2 MHz. How much that peak emerges above the falling-slope baseline is dependant on the middle term \$\omega_1+\omega_2\$: - 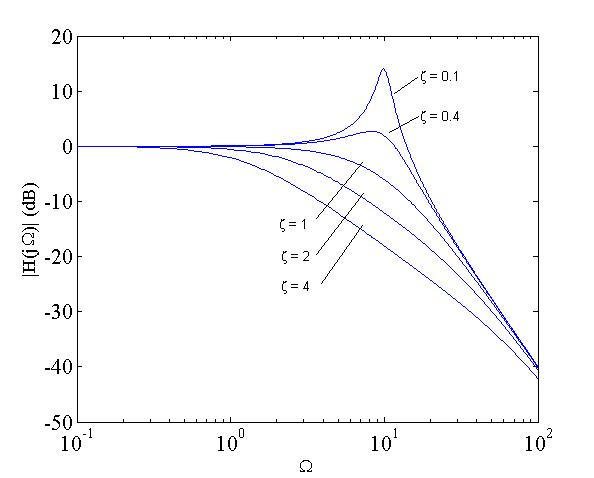 Basically, if the two frequencies are close zeta reduces and a combinational effect will become noticable. In your case zeta is 1.25 and this will not produce noticable peaking to the uninformed eye but it will tend to push the two 3dB points together to become a 3dB point at more like 2MHz i.e. just enough to confuse you in the predicted (but too simple) bode plot.

Note that although I've shown the general equation for this type of 2nd order low passs filter, due to the nature of the original formula, zeta can never get lower than 1 therefore the two seperate -3dB points combine to give a new break point logarithmically between 1 MHz and 4 MHz i.e. 2 MHz.

Not the answer you're looking for? Browse other questions tagged control-system bode-plot or ask your own question.