What has happened to my stereo? [closed]

Questions on the repair of consumer electronics, appliances, or other devices must involve specific troubleshooting steps and demonstrate a good understanding of the underlying design of the device being repaired. See also: Is asking on how to fix a faulty circuit on topic?

It looks like something internal has leaked (perhaps the capacitors?) and ruined my stereo. Is that correct? If so, what would cause that to happen? Or is the yellow stuff just some kind of insulating glue and the issue elsewhere?

Is there anything I can do to fix it?

I'm just curious and would like to know why my stereo has broken. 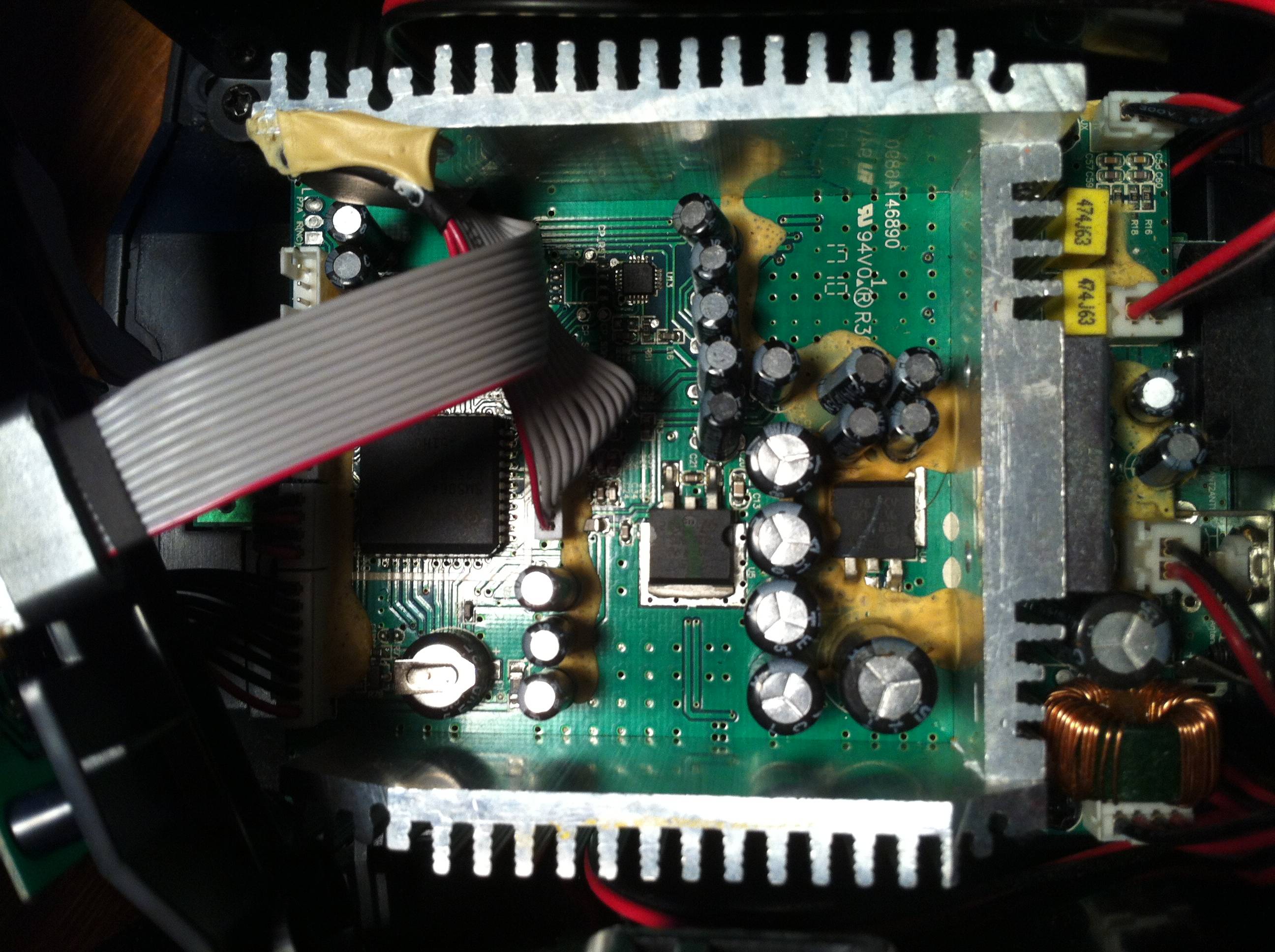 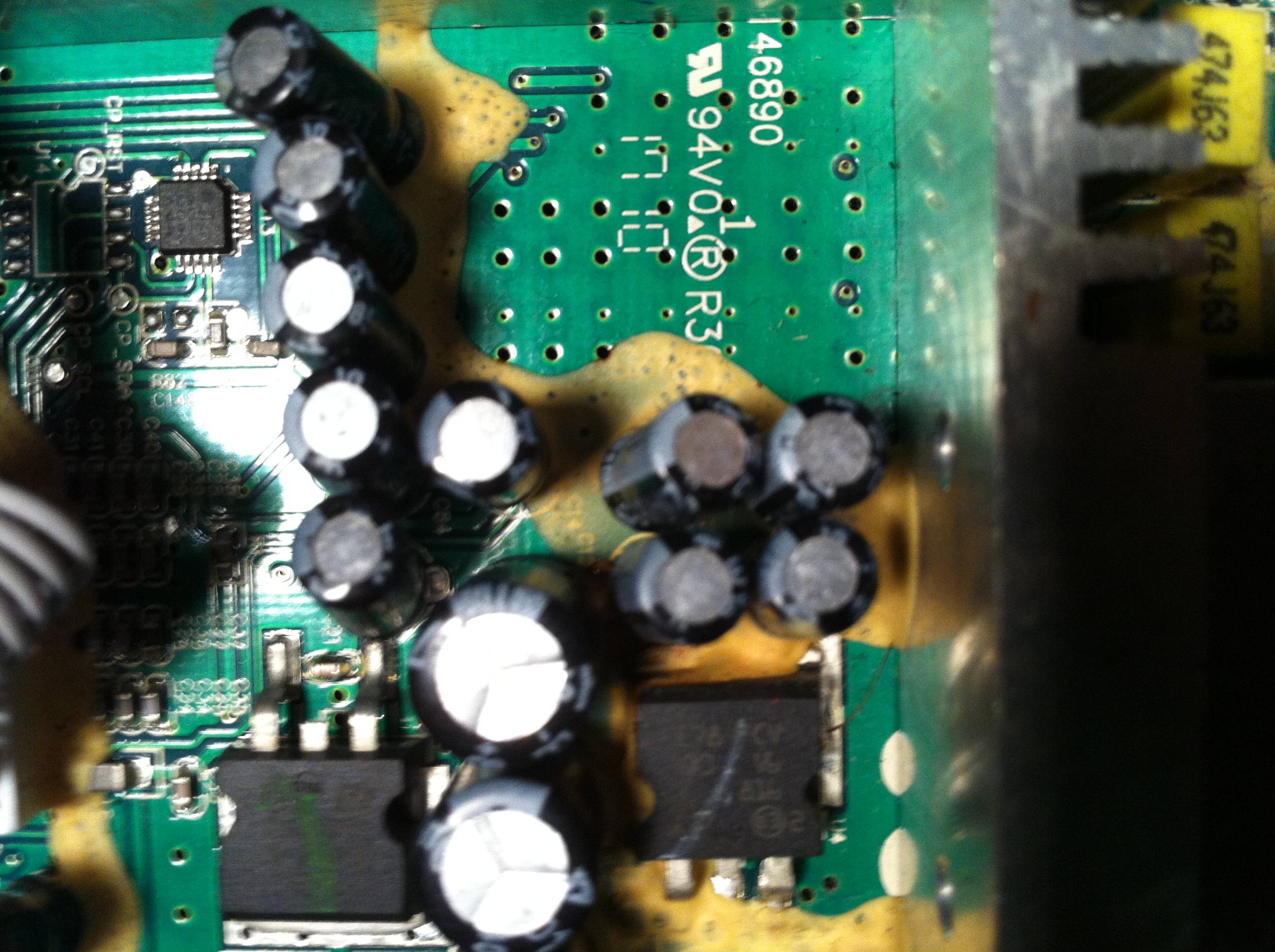 It's a glue. It has got warm (no surprise) and has become conductive.

My last job involved dealing with a manufacturer that used this foul stuff almost anywhere they could. Key uses, in no particular order, were:

It's added post-reflow as it engulfs all components it comes across. When it gets heated it begins to harden, and after time it becomes conductive. The glue is, of course, a pretty good thermal insulator.

The glue can be softened to a flexible putty-like consistency with Naptha - or lighter fluid - and with care, patience, and good dexterity one can peel it off with reasonable suscess. However, once the glue has begun to turn orange it turns to a brittle, granular substance and it's more like scraping chalk off. It can be almost impossible to remove after as little as 3 months' use.

Be warned: Pulling the glue off the board will also pull off any surface mount components that have been encased beneath it. ICs might survive it they have enough pins. In fact, the glue seeps underneath pins and plastic bodies, providing some anchorage. On the other hand, you're going to have a shock if you expect to be able to remove a duff IC.

Not the answer you're looking for? Browse other questions tagged capacitor pcb or ask your own question.

10
Whats this white stuff on my board?
4
Burned Out Tantalum Capacitor Replacements
35
Cross section of ceramic capacitors
0
Replacement for three terminal capacitor
1
Is it acceptable to replace 2 parallel 100uF capacitors for LM2596 with two 220uF capacitors
0
Isolating a small pin on a flat cable
1
How to resolder a broken connection for an LCD component
1
How to tweak my stereo bluetooth amplifier into mono