I am a newbie in Eagle and I'm making a RF layout using GCPW. In the figure below, the pad and the track are in contact. However, the connection still unrouted, why?

It became routed only when the track overpass the pad, but I cannot allow this condition.

There are three options.

This is as suggested by @CL, and is the simplest option. Basically you route your large trace as close as you can without it sticking beyond the end of the pad, then use a narrower trace to complete the connection. This is shown in the image below. I've highlighted the narrow trace so you can see it better. 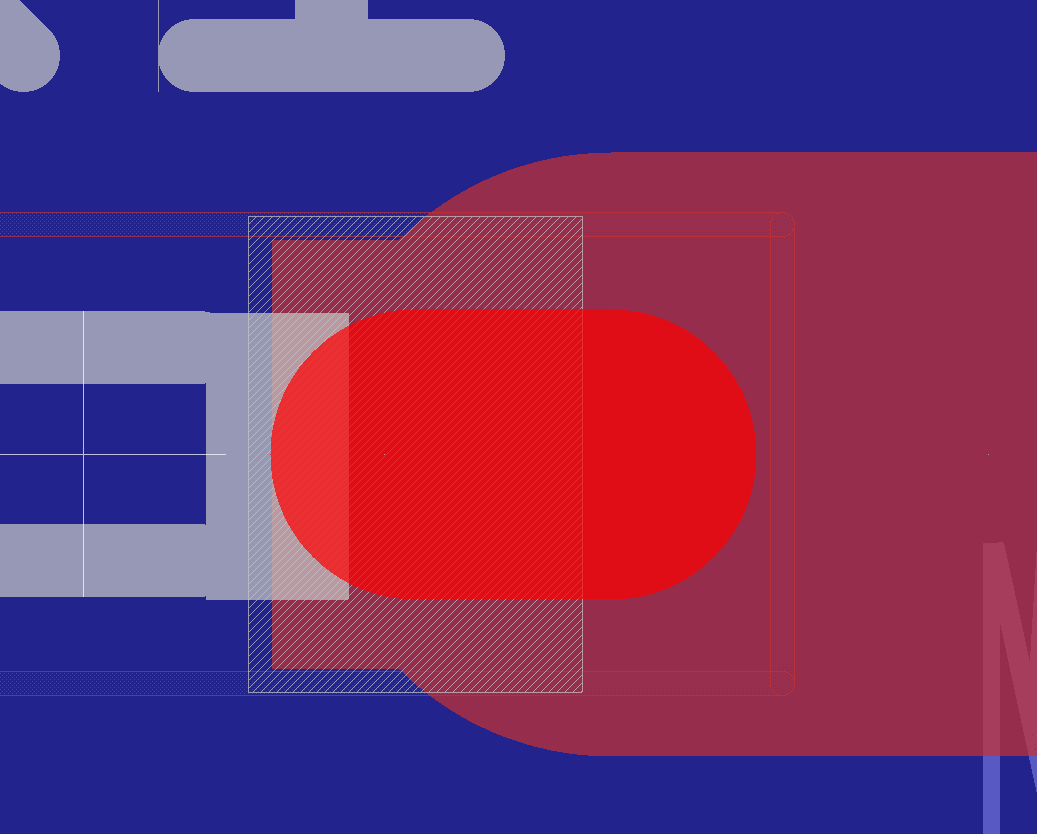 The next option is to complete the connection with a small polygon. This allows you to control the shape at the connection, but can be a bit of a pain. Again this is shown below. In the first image the settings I used are shown. In the second image the polygon is highlighted to give an idea of where I drew it. You need to make sure it extends over the centre of the pad, and also a small way beyond the end of the trace to ensure Eagle sees the connection. 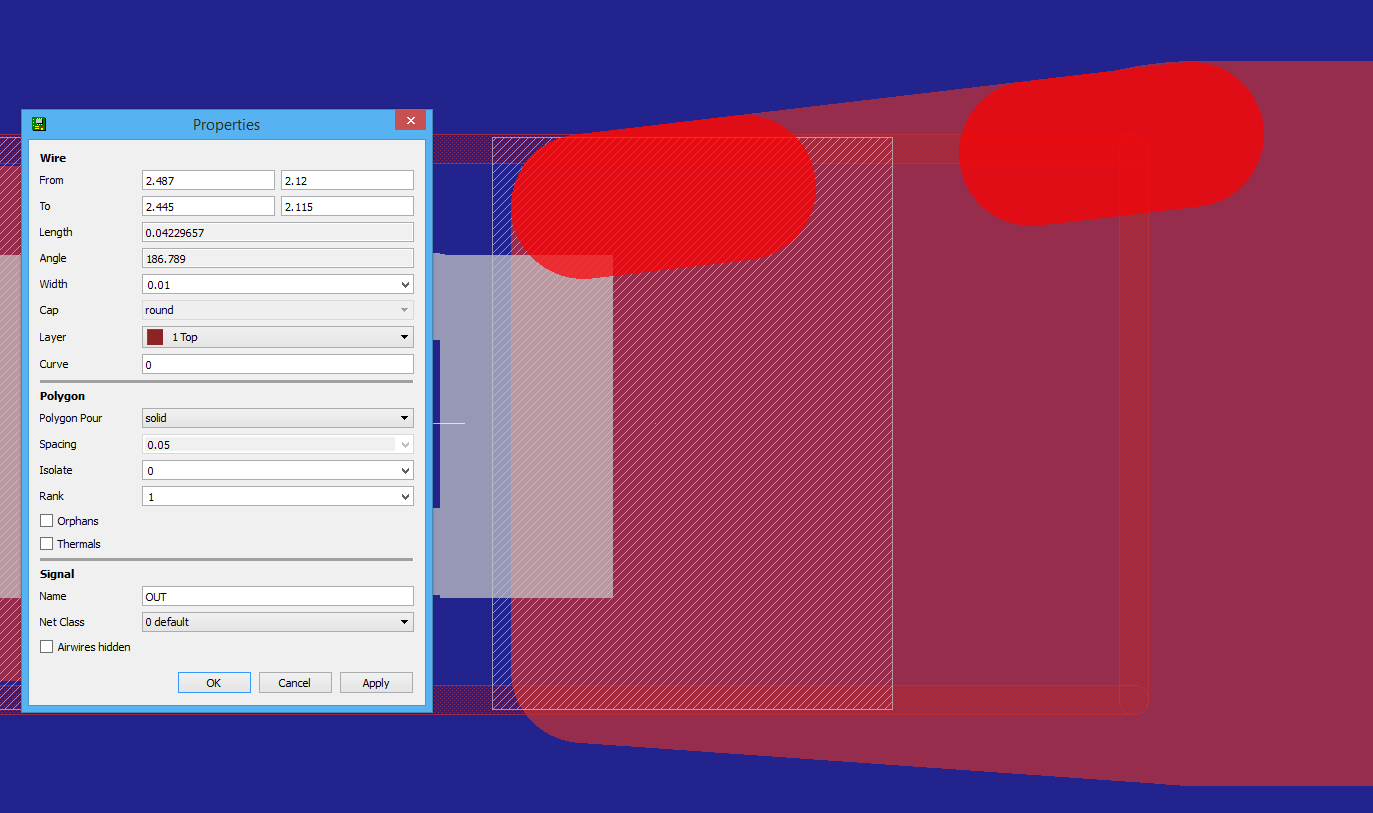 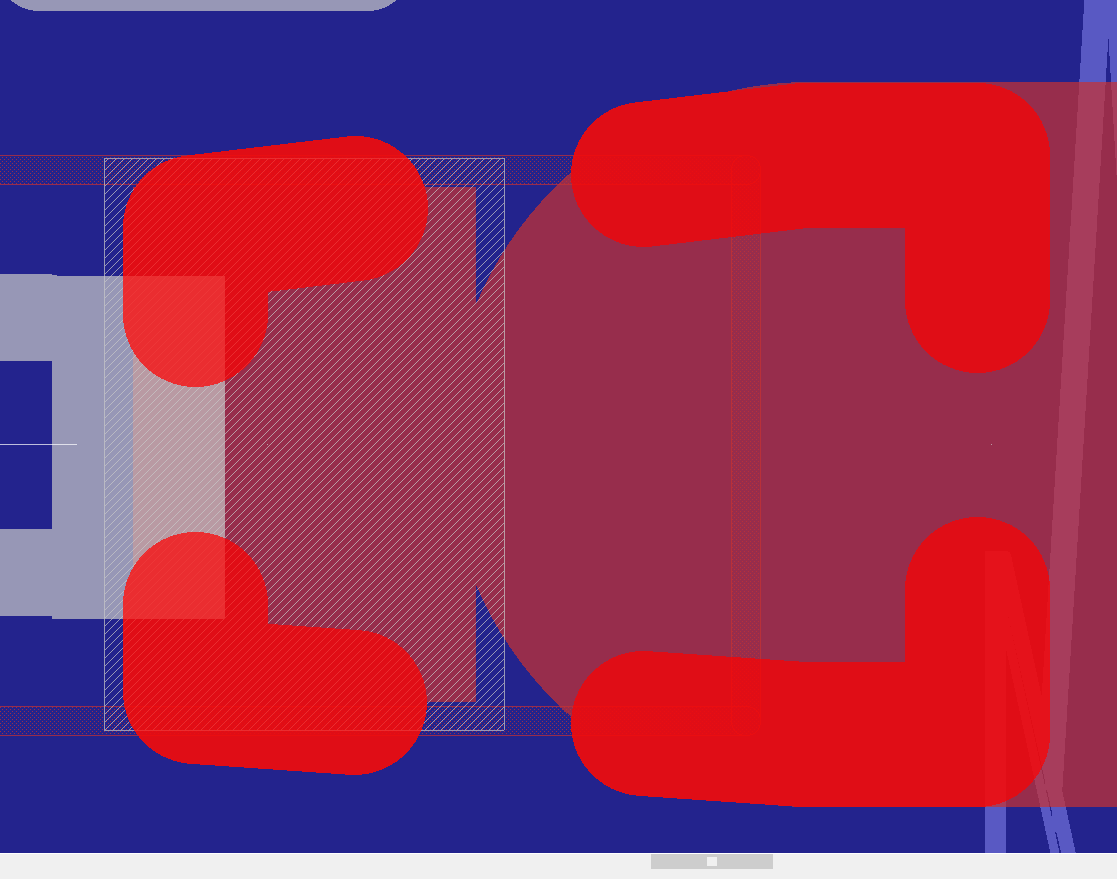 The third option is the nicest as it ensures the trace width is maintained right up into the pad but makes sure it doesn't go beyond the end. This one takes a few steps to draw, but is relatively simple. 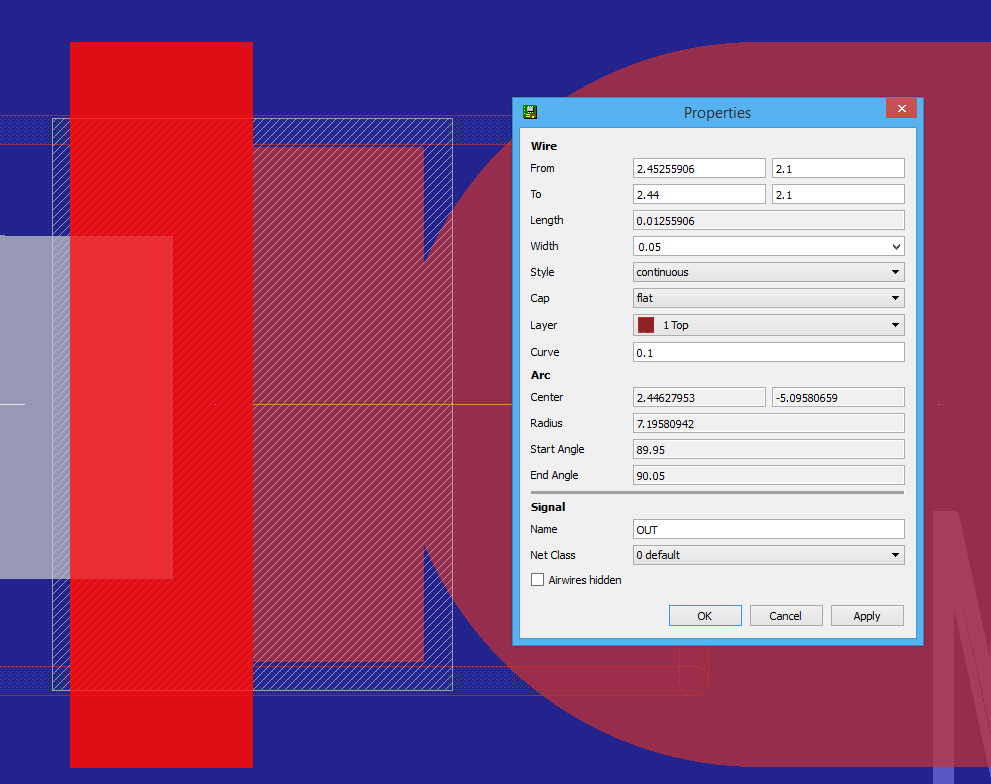 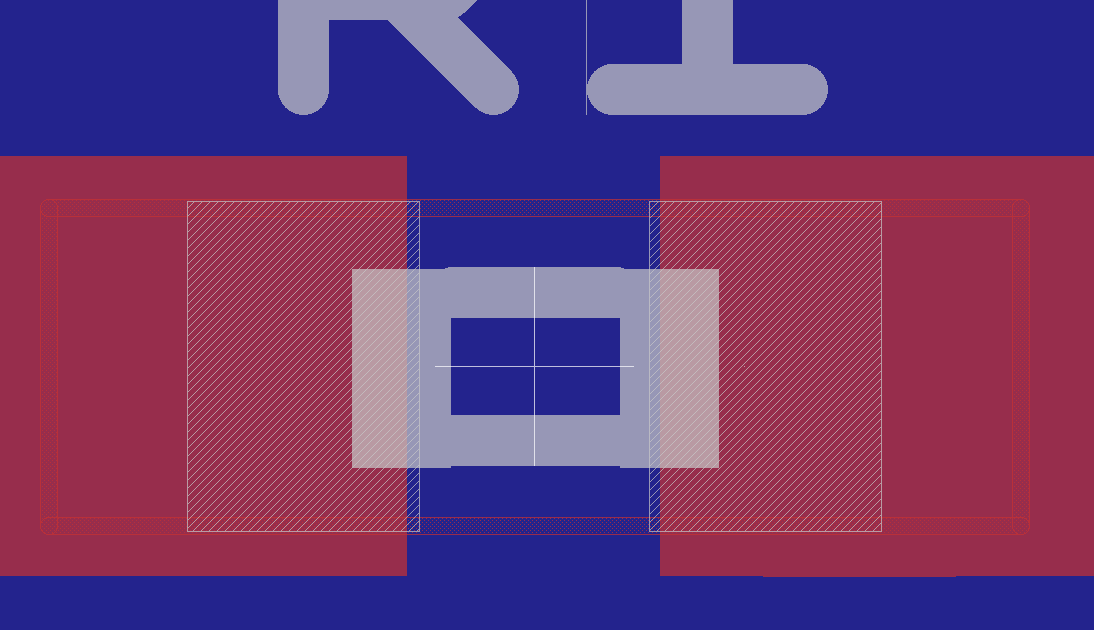 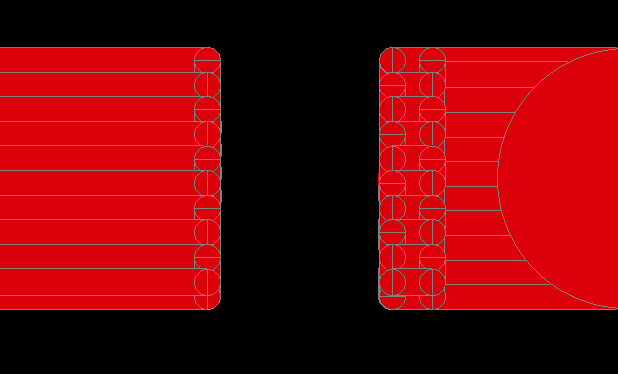 To connect a track to a pad, the end point of the track must be exactly on the pad's connection point.

Your problem is that the track's width is much larger than the pad. To connect the track without having copper beyond the pad, draw a short section of track with a smaller width.

Not the answer you're looking for? Browse other questions tagged rf eagle pad or ask your own question.

20
How do I facilitate keeping multiple grounds, (i.e. AGND, DGND, etc…) separated in the layout when using Eagle?
6
Eagle: Single Pad with multiple Pins
2
How do I make pads for “spades” on my PCB in Eagle?
3
Eagle - Oval pad
1
Connecting latch to ram via 8 horizontal tracks within IC (auto-routed style)
0
How to place an exposed pad (pad should not be covered by stop-mask) on a PCB in Eagle?
0
EAGLE CAD Connecting fills to components and leave traces bare
0
Eagle- multisized capactor connection issue
1
EAGLE - Singular matrix warning in RL circuit simulation