I'm using an Arduino to control a PlayStation 2 Controller and microSD card over SPI. As usual, they share a MISO, SCLK, and MOSI pin. Each has their own slave select pin.

I suppose I could use a non-inverting open collector buffer to convert the non-OC output to OC?

The only difference between a "normal" and "open collector" (or "open drain") output is the addition of an extra transistor (or FET). 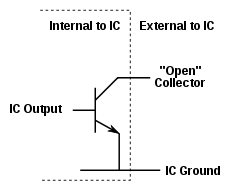 Adding an external transistor (with base current limiting resistor) to an output in such a fashion will make it an open-collector output. A single NPN transistor is probably cheaper than a non-inverting buffer if you only need to convert one output. If you are doing multiple outputs then a buffer (say an octal one) would be more sensible from both space and cost points of view.

To The simple circuit above will be inverting. One way to make it non-inverting would be to use two transistors: 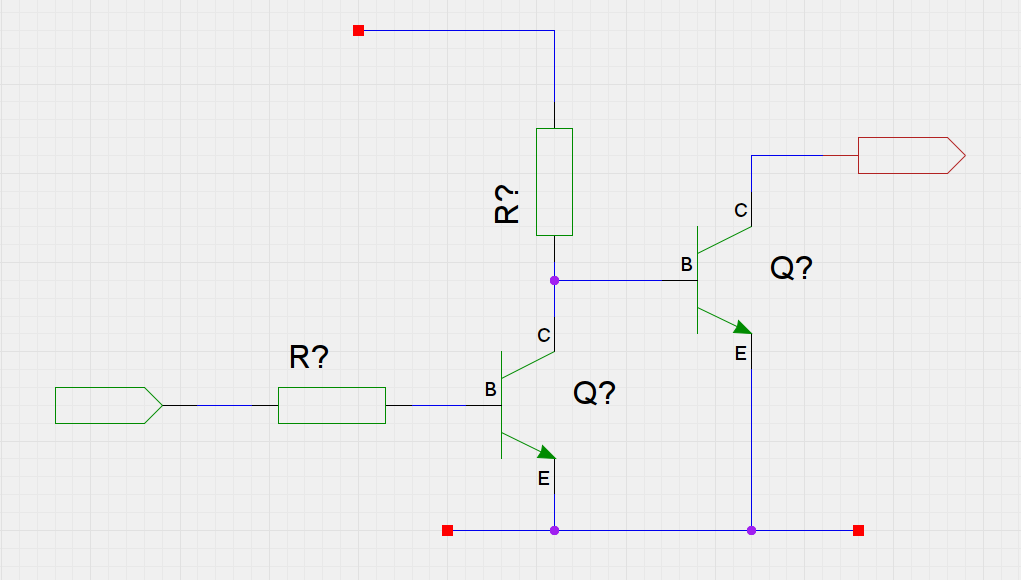 So, you should check to see if the output can drive the current needed by your pull-up resistor. This specification is commonly refered to as output low current, or IOL (the OL is often shown as a subscript). If so, you should be fine.

You can adjust the value of the pull-up if necessary. Higher value resistors will draw less power, lower resistor values will speed up the transition from low to high logic level for the open-collecotr driver. Keep in mind that the pull up resistor will only draw current when one of the outputs is driving low, which is only when one os the CS pins is pulled low and when a low level bit is being transmitted.

It's unlcear exactly who the master is in your setup. You say the Arduino is controlling a PlayStation and a SD card, which implies the Arduino is the master and the others slaves. But, you also say they share MISO and MOSI "as ususual", although I don't know what you think usual is.

SPI is intended to have a single known fixed master. Unlike IIC, there is no official multi-master mode. All the slaves share the MISO and MOSI lines, but these are flipped for the master. The SPI bus lines are also intended to be fully driven, not passively pulled up. The master always drives SCK and MOSI, and the single selected slave drives MISO. Each slave also has it's own slave select line, of which only one at a time is driven by the master. Slaves therefore set their MISO outputs to high impedance when not selected and actively drive MISO both high and low when selected. There may be a weak pulldown on MISO just to keep it from floating when no slave is selected. Its data value at that time doesn't matter, but a floating digital signal is not good for other reasons.

So now you need to explain what you're really doing in this context. You say the PS2's MISO line is open collector. That by itself is already contrary to SPI, but we still don't know whether the PS2 is the master or one of the slaves. If you're trying to implement some kind of multi-master SPI system, you need to give a lot more details since that's outside what is normally called "SPI". Why can't your slaves drive MISO when selected and go high impedance when not selected? That would be the normal way to do things on SPI.

Not the answer you're looking for? Browse other questions tagged arduino spi interface or ask your own question.