Is it ok to clip component leads after soldering?

When working with through the hole components, I have read that you should clip leads before soldering so the shock from clipping doesn't break the joint. On the other hand I've seen a ton of instructions for (more or less professional) DIY kits, where the picture depicted all components of a type being installed, then soldered, then clipped. The latter method is much faster and easier of course.

I was told to cut the leads to length before soldering. There was an IPC standard around on which basis we were taught that. I don't remember which standard it was exactly.

A reference I found is this document by IPC.

[...] The next part of the through-hole solder joint is the component lead. [...] Either way the leads are formed – usually with a 90 degree bend – and trimmed to the correct length. After the lead is trimmed, it may be clinched or bent over to hold the component in place during the rest of the assembly process. [...] The last part of the connection is the solder joint. [...]

So to prevent parts from falling off, you bent the already trimmed leads over (in a direction where it doesn't cause problems). And after that you solder them.

It is probably taught that way just as @GummiV mentioned in the comment, that the force and shock of the trimming might cause the joint or the PCB to be damaged.

I actually managed to break of a fragile ring with the track once because I was trimming after soldering, so I think the advice of the IPC is quite sound.

There are also frames around which help you in the assembly of through hole boards. You can put the board in, put all your components in from the top, then put down a lid and turn the whole thing around to solder on the bottom side. 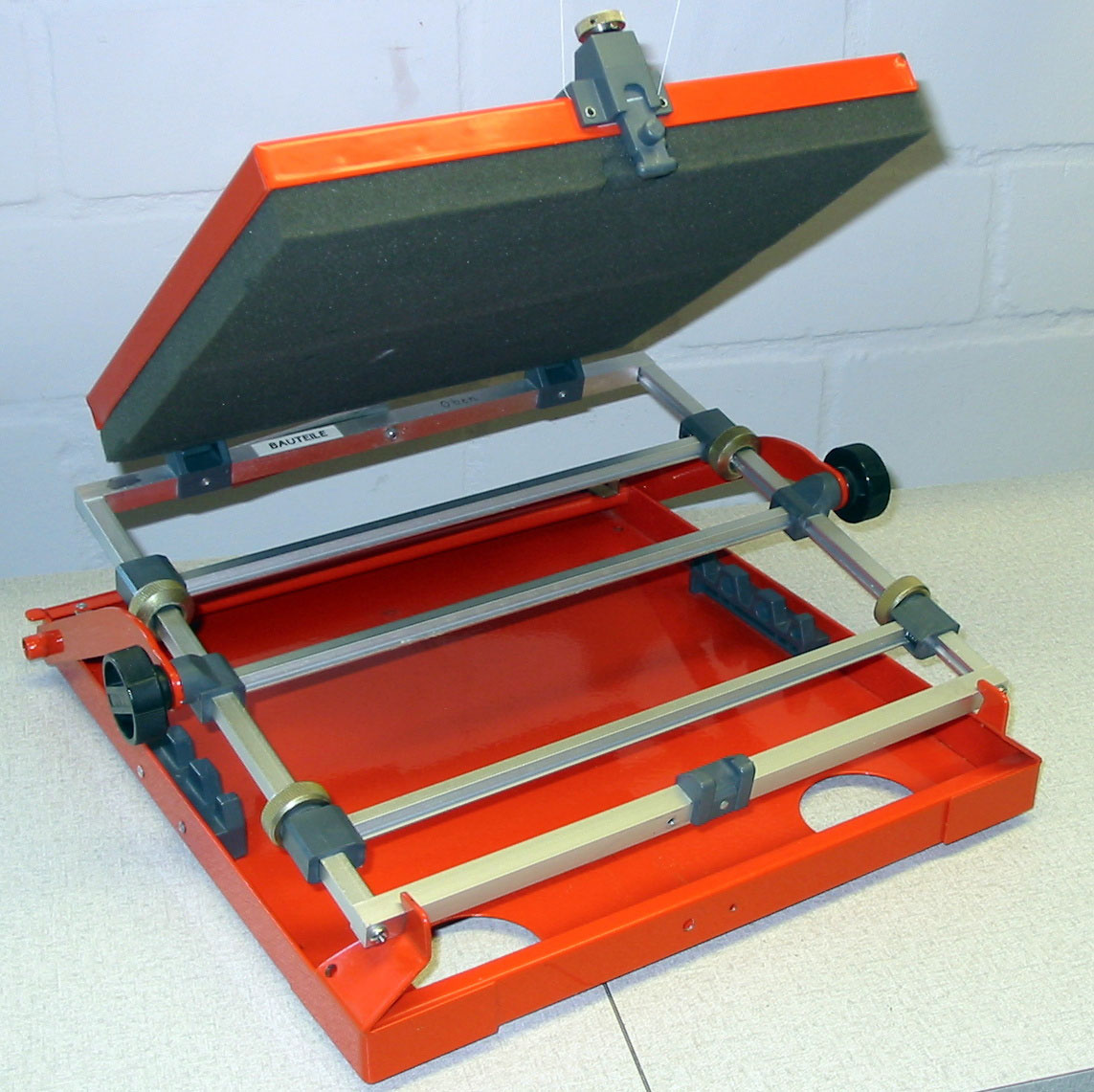 If you are interested in doing very high quality soldering I recommend you search for military soldering specifications. You will find instructions for bending leads with stress reliefs and to the proper radius. The leads should be inserted into the board and bent slightly, just enough to keep them in place during soldering. After soldering, you cut them off with cutters that have blades where the side toward the component is perpendicular to the lead. In other words, the angle part of the blade faces away from the board. Ordinary toe-nail clippers are the cheapest adequate illustrative cutter for this, but tend to wear more quickly than purpose-built cutters. If you examine toe-nail clippers you will see they are flat on the side that faces your toe and angled on the side that faces the cutoff nail. This is why your toenails don't shatter, crack, etc. when you cut them off, instead the cutoff nail gets enough energy to fly across the room into your coffee cup. If you use a cutter with blades like this, the shock will be transmitted to the cut-off lead and not to the board/lead/component.

I've always been told to clip the leads after soldering to reduce the shock that gets transmitted to the part - this reduces the chance that the part will be damaged.

As well, how do you intend to manually cut and bend the component legs before inserting so perfectly that they fit and can be soldered? I can bend them fine, but getting the length right is just too fiddly. Bend, insert, solder, clip.

If you have a machine doing the work, then the question is moot. The machine will bend, cut and insert however it was built.

One common process for industrial assembly of through-hole boards is:

You couldn't wave-solder the board sensibly with all the leads still on anyway.

For a bit of hand assembly, if you're damaging things cropping the leads you just need to go and get a better set of side-cutters.

40 years in the industry.. so, 1) clinch, clip and solder, or 2) clinch, solder, clip, and then RESOLDER. do not leave exposed base metal. corrosion can and will creep up through the metal until it causes the connection to fail.

As a master instructor for IPC and previously the Navy it is always best to trim the leads before soldering. If trimmed after soldering per IPC J-STD-001 specs they must be either reflowed or inspected at 10 power magnification. Any time a solder connection is reflowed you stand a chance of reducing the reliability of the solder connection by increasing the thickness of the intermetalic layer which reduces strength.

Another option is to solder components, clip them, and then reflow the solder. This has the advantage of easy initial soldering, easy clipping, a clean looking finish, and a solid bond. That being said for the strongest bond I would follow the other answers and clip first.

Not the answer you're looking for? Browse other questions tagged components soldering pcb-assembly stability or ask your own question.

4
Soldering Tiny Leads?
4
Is there a crimp tool, or something, for when you're soldering leads to leads
7
What is white powder on component leads?
5
Why some through-hole component leads are ferromagnetic?
8
Holding components without bending leads when soldering upside down?
5
Through Hole Soldering- Minimum lead protrusion
0
Desoldering a TO-220 MOSFET from a plated through-hole board with SMD complications
1
Soldering thin leads of a thermocouple
10
How do surface mount components withstand heat of reflow while through hole components can not?