Picture 1 - It's two pictures combined. Top picture shows the pin and ground, bottom shows that they don't match up "exactly" on the grid. 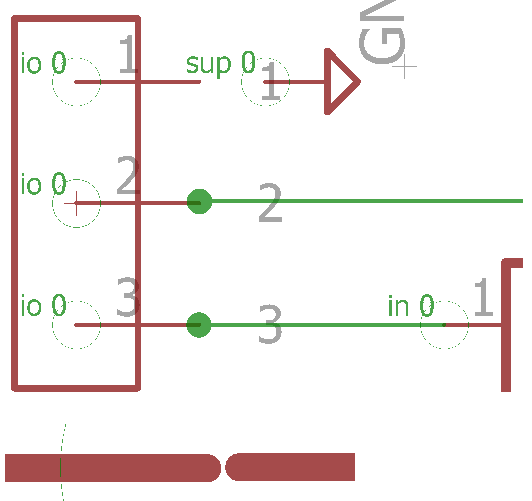 After scurring around on the web some, I found several posts generic posts saying to just change the grid to a very small size (0.001/0.0001 inch) to make a bunch of connections then throw a Junction over top and it will work out fine. If I do this, then the ERC will have many more errors about overlapping.

Unfortunately, after looking at the ERC Errors, it still says it's not connected. 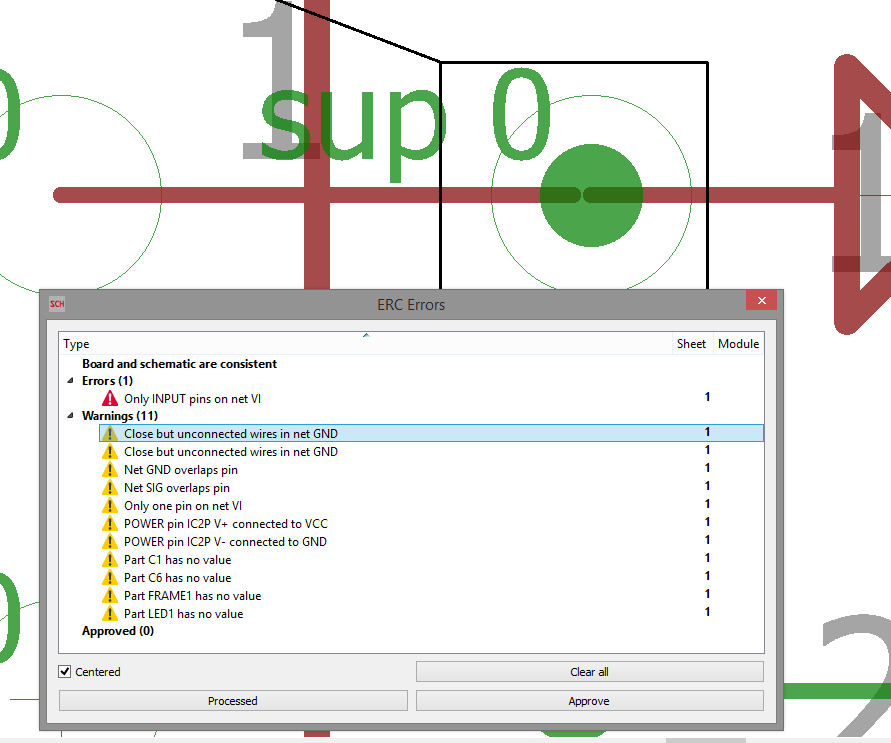 The ground is only so close that the junction is covering so I could get a good close picture. In reality, I would move it to the right more.

I took pictures after saving and restarting Eagle. I know that can be problematic at times also. I'm also using Net's, not wire.

Basically for compatibility with everything else, you should always lay the pins on your schematic symbol on a 0.1" grid. Either set the grid in the symbol editor to be 2.54mm or set it to be 0.1".

If you need to make a metric footprint you can do so, use whatever grid you want to in the package editor.

This makes no sense. The physical pins in the package need to be what the real connector has, but that has no bearing whatsoever on how they must be depicted in the symbol. It is the symbol that appears in your schematic. The package defines the footprint and other properties on the physical board.

Always use .1 inch grid for schematic symbols, since everything in Eagle is standardized on that. Again, this has no bearing at all on what the package looks like or what pitch the physical pins have.

Not the answer you're looking for? Browse other questions tagged pcb eagle error library or ask your own question.