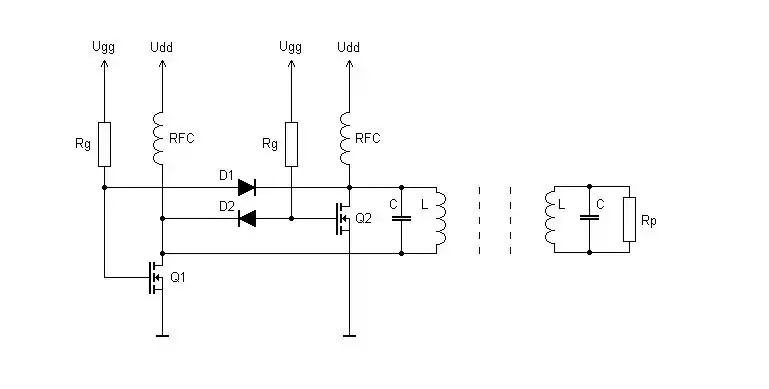 I came across this circuit diagram above and I want to implement it but I really need an explanation on the function of the components used in the circuit diagram especially RFC and the diodes (D1 and D2).

Your inputs will be greatly appreciated. 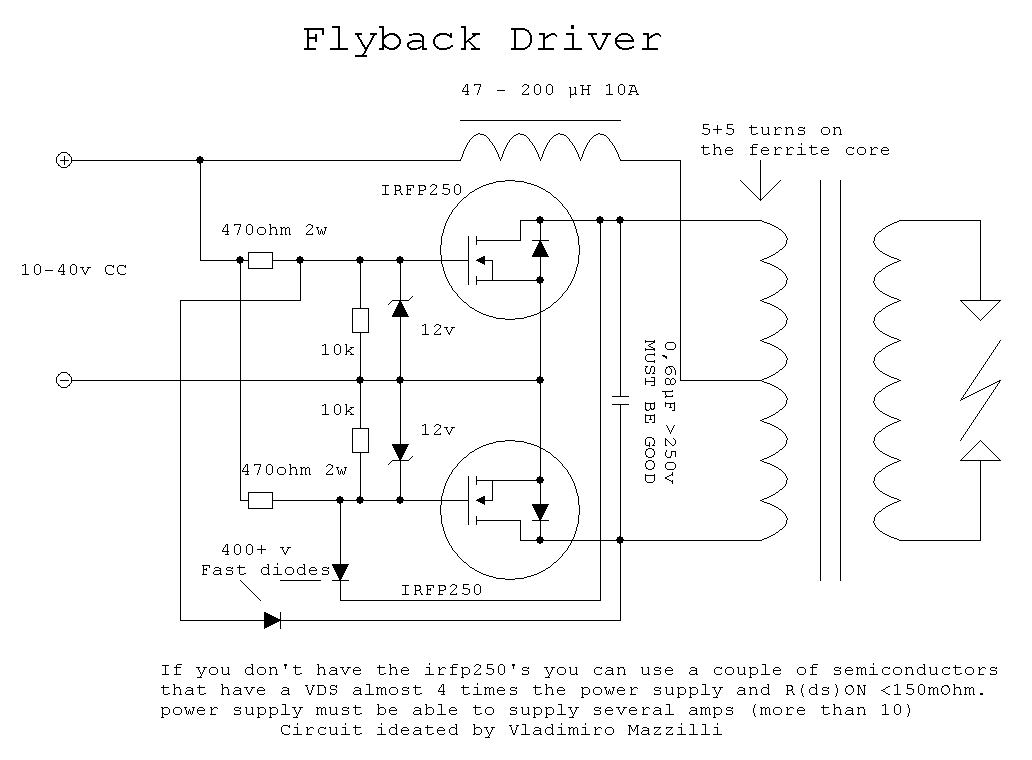 Stolen from here and this is the explanation (which I agree with): -

The circuit works by one mosfet turning on due to differences in the gate resistors or internal structure of the mosfet. Once on, the opposite mosfet will be held off by the fast diodes. The voltage across one primary half will rise up an fall again in a half-sine wave. Once at zero the mosfet that was on will be forced off, and the mosfet which was held off will be allowed on. The cycle repeats in opposite this time, before returning to where it started. The large inductor serves as a "current capacitor", providing constant current to the driver. Thanks to the resonant action of the circuit, it benefits from ZVS, or Zero Voltage Switching. This means that the mosfets switch on with no voltage across them, so while they transistion from off to on they won't dissiapte power. (P = I * V)

The above uses one RFC at the centre tap of the transformer. The circuit in the question doesn't use a centre tapped transformer hence needs two RFCs. The RFCs are acting as current sources to develop the AC signal upon - they bias the transistors without acting as too much of a load for the switching AC waveforms on the actual transformer.

Here is a link to another stack exchange answer I gave on ZVS drivers that may be of interest.

It appears that these components are being used to bias the transistors and provide timing so that you get an AC signal to the transformer. You could make a similar circuit using a joule thief instead, although you might not get as much efficiency or power handling.

Not the answer you're looking for? Browse other questions tagged wireless power-transfer or ask your own question.

1
what is the use of ultrafast diodes in wireless battery charger ckt
0
Would the FCA47N60F work for a ZVS flyback driver?