DC Motor with coil inside a rotating magnet. How does it work?

I have seen the following patent online.

And I was wandering how that motor works. It seems that the vector of the cross sectional area of the coil is parallel to the vector of the rotation of the magnet. From a basic physical understanding that I have, it seems that the coil cross section cuts through the same amoung of flux regardless of the rotation of the magnet. If so how does the magnet keeps rotating and does not just align itself to the magnetic field of the coil? 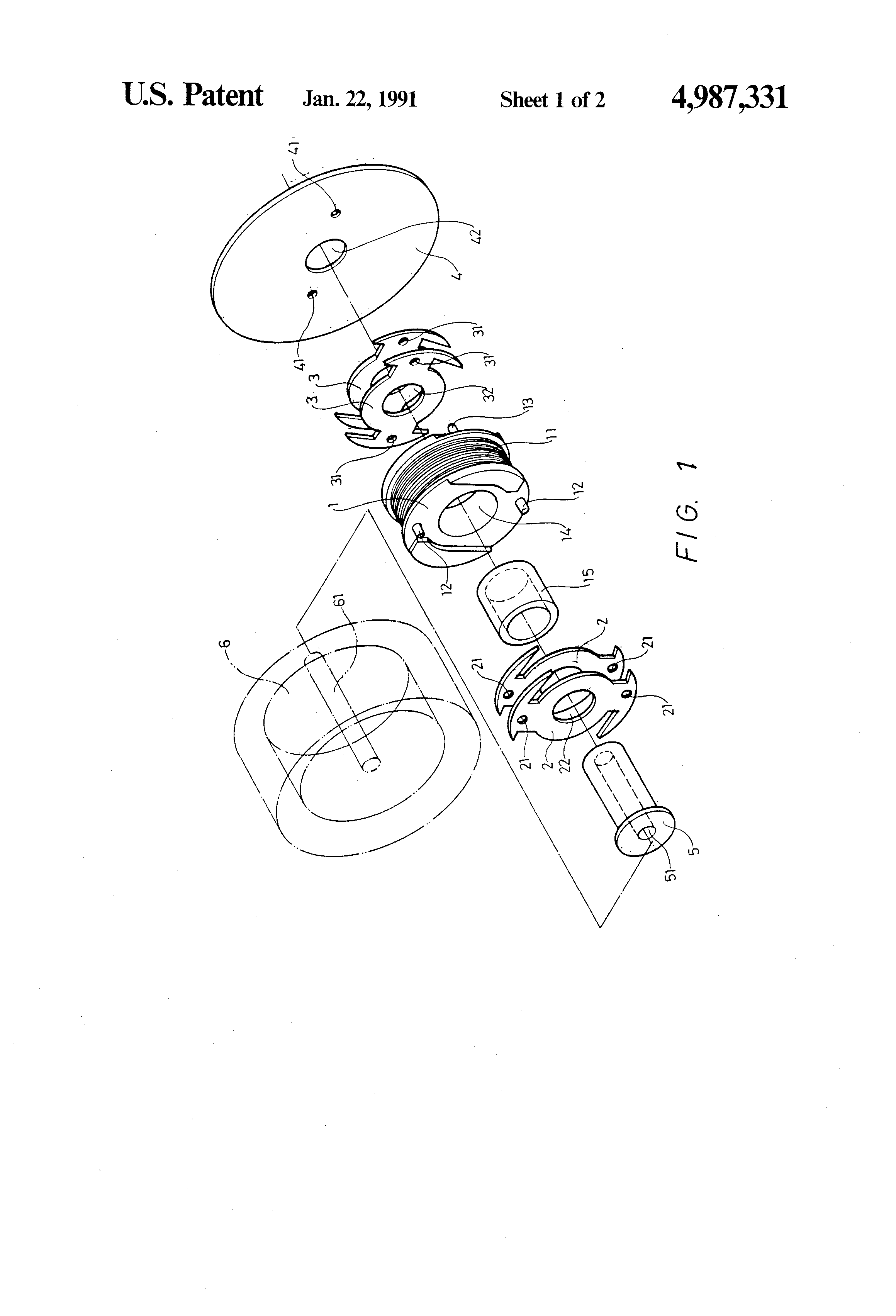 On the left side of the picture we can see the rotor that has a magnet embedded in it. On the right side of we can see the coil windings. The rotor pin is inserted in the bore that is created through the coil in a way that the magnet can be rotated with the coil inside it remaining stationary (imagine that the coil is mounted in a bigger structure). The four plates that sandwitch the coil are iron plates but are not in contact with the coil (since the coil is electrically insulated by its plastic mount) or the magnet.

The coils in brushless DC motors are not energized by strictly DC current. The electronic control circuitry periodically changes the direction of the current and/or directs the current to different coils. Thus brushless DC motors are more like AC motors than DC motors. Note that this motor contains an electronic control circuit that is not included in the patent except to say that it is the same as used in conventional motors. The control for this motor likely periodically reverses the current in the single coil so that it alternately attracts and repels the permanent magnet rotor poles so that they provide torque to drive the motor.

I don't see a mechanism for determining which direction the motor will turn. Perhaps the circuit board contains components that detect the position of the rotor magnets and times the current reversals to determine direction and govern the speed.

You might want to look at the subsequent patents by the same person that cite this patent. Later improvements may reveal something more. One of the prior patents cited may have information about the circuit board.

Not the answer you're looking for? Browse other questions tagged motor dc dc-motor brushless-dc-motor or ask your own question.

0
why are pm (permanent magnet) machines synchronous? and how do I start them?
0
Switched reluctance motor with rotating windings?
0
Motor eddy current to resist 100 kg mass accelerating from stationary to 1 metre per sec
0
Permanent magnet in ac motor
1
BLDC sensors placement
0
Initial direction of a motor