How to select the equivalent coupled inductor to a flyback transformer?

For example, given the SRF1280-101M inductor, if I were to use it as a 1:1 transformer in a flyback regulator, what would be the equivalent inductance, sat current, rms current and dc resistance?

Looking at the table: - 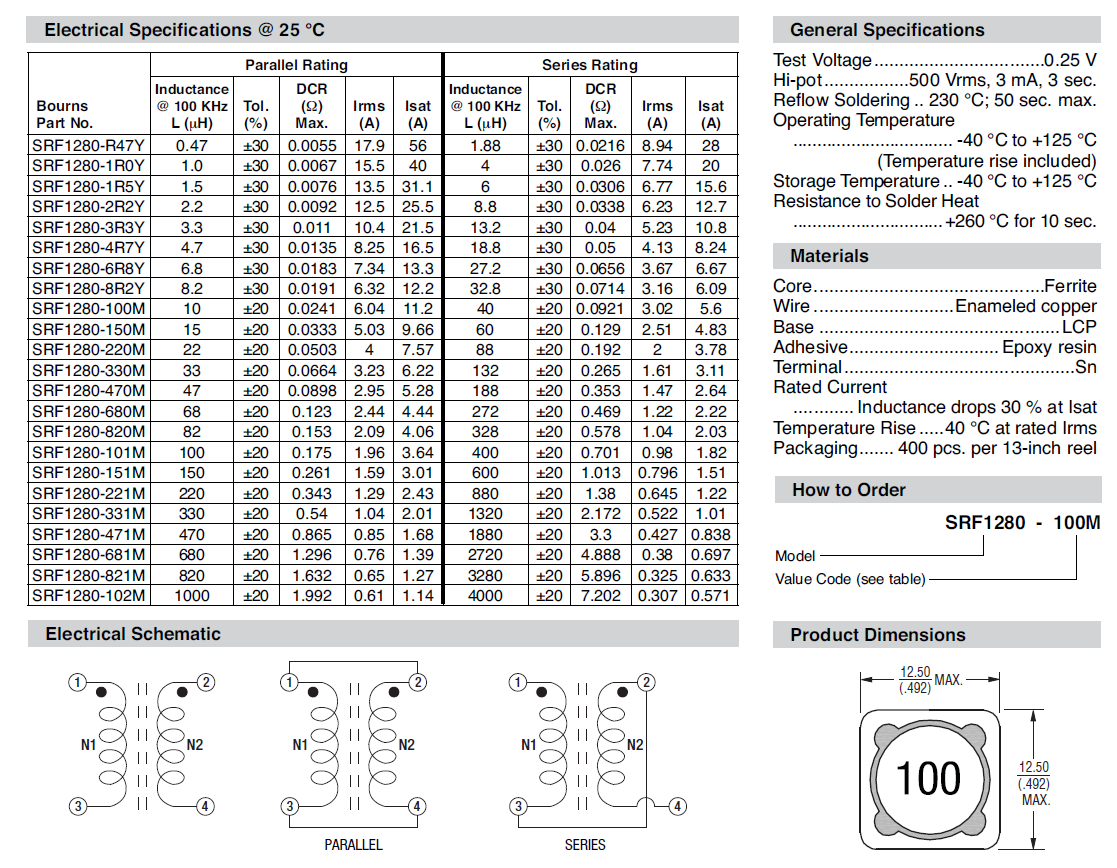 In a fly-back transformer only one winding is activated at once so, given that saturation is governed by ampere-turns and only half the turns are involved in a fly-back device you can infer saturation levels from the parallel rating.

Inductance in parallel is normally one-quarter that of series wound coils on the same core and it looks like this is true of these inductors so, if the series inductance states 8.8 uH, one winding will be 2.2 uH - remember that two parallel windings (closely coupled) have exactly the same inductance as a single winding with the same turns.

RMS current for a winding has to be limited by the series column so if it says 6.23 amps then it's going to be that value for one winding too BUT some investigation into how much the core warms might allow you to increase this by (say) 1.5 times.

DC resistance should be obvious now.

Not the answer you're looking for? Browse other questions tagged transformer switch-mode-power-supply dc-dc-converter inductor switching-regulator or ask your own question.