Preserve a LED ON after the activation of a reed switch

I came across a simple circuit in which when a reed switch (which is normally closed) is activated then a LED is being turned on (the LED turns ON when the switch in closed as it is depicted in the schematic). Obviously the led is ON only when the magnet is away from the switch.

My question is how can the LED stay ON even when the magnet comes close to the switch after the first activation? I would like a solution without the use of a microcontroller. 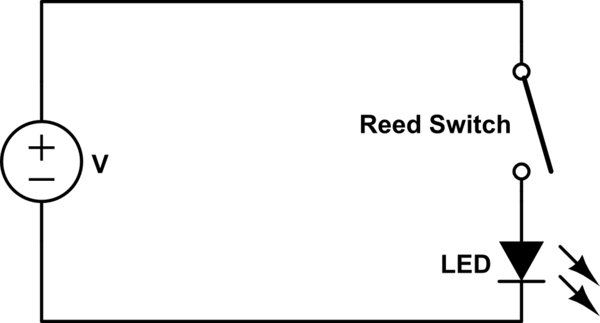 You might be able to use a thyristor for this. Once triggered they stay on until the current is interrupted by another switch. e.g.,

You'll need to find one that will stay on with 10 - 20 mA going through it. Alternatively, you can make a thyristor with a PNP and NPN transistor. A web search should get you plenty of examples. 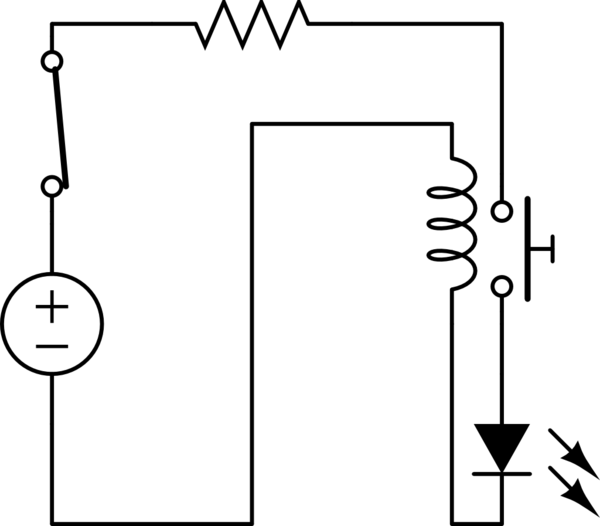 NOTE: to disengage you will need to turn the main source of power off, but I am guessing you are aware of this

NOTE: the electromagnetic will need a freewheel diode 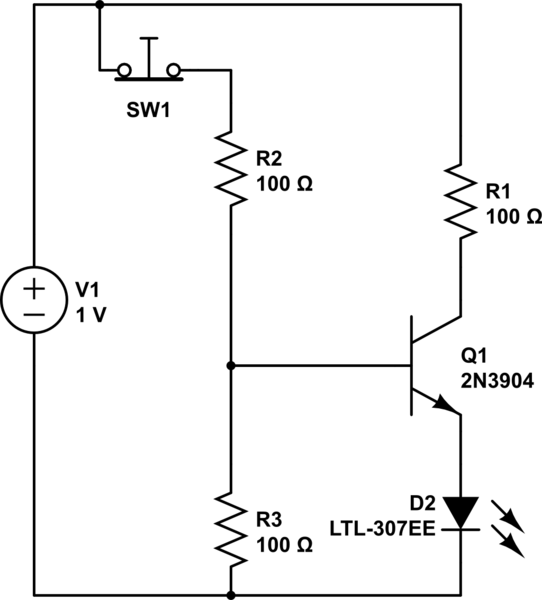 Not the answer you're looking for? Browse other questions tagged sensor switches reed-switch or ask your own question.

6
How to choose a reed switch and magnet?
8
Reed switch sticks until tapped
0
Reed switch current sense
13
Why are some generic door alarm magnetic switches built using Normally Open reed switches instead of NC type?
5
How do I prolong the reed switch output time
8
Why is this reed switch / solenoid circuit not working?
0
How to use reed switch to change operating modes?
0
2 Pin Reed Switch Normally Closed Effect using BC547
0
understanding the datasheet of a normally closed / changeover reed switch, for powering Arduino project