So I have been studying resonant RLC-circuits, and have come to loaded Q-factors. At present I am trying to figure out the Q-factor of a circuit like this: 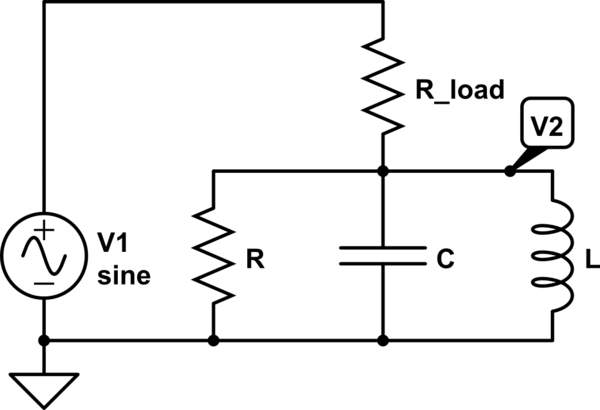 My textbook (or lecture notes, rather) claims that the Q-factor of the above circuit will be \$Q_L =\omega_0 C (R // R_{load})\$, i.e. the same as if the load resistor was connected in parallel with the resonator. The only online resource I've found seems to agree (see page 5).

When I try to calculate the Q-factor I instead get

Regarding any AC analysis on this circuit, the effect of R and Rload are effectively in parallel and will therefore produce the same Q irrespective of whether their parallel value is in the feed position or the shunt position.

Think about the voltage source and its equivalent circuit with R and Rload - forget about L and C for the moment. Try this for size: -

The two circuits are identical and the little_r resistor has changed to be across a current source. This puts it in parallel with any resistor across terminals A and B.

In fact if V1, Rload (or R1) were inside a box and you were not allowed to look inside, you could never know that what was contained was a voltage source in series with a resistor OR a current source in parallel with a resistor - there's no way of telling.

Here's an even more complex scenario: -

Now, if R2 were zero, the equivalent output impedance is the parallel arrangement of the two other resistors. Does that ring a bell?

It's called Norton's theorum - try googling it - also look up Thevenin's theorum - it operates in the reverse: - 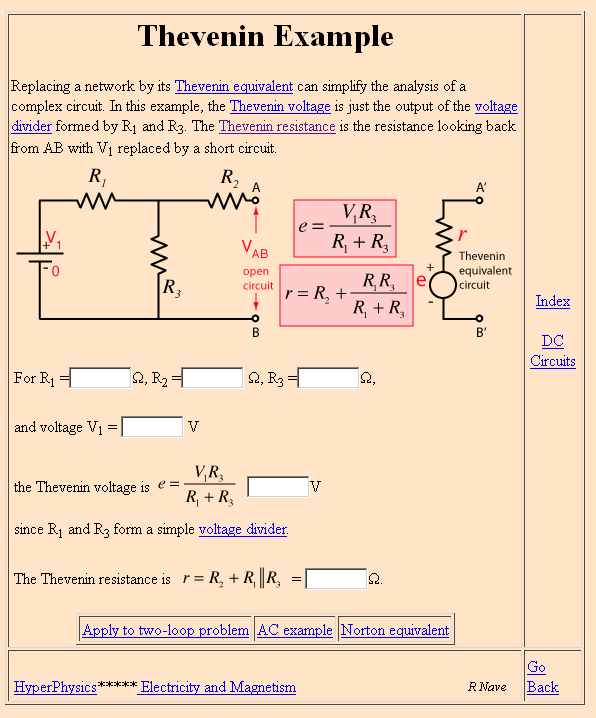 Picture stolen from here. Does this make sense now?

Calculating Q for a parallel LC fed by a voltage source via a resistor. Start with the impedance of a pure LC tuned circuit. This is: -

A bit of algebra and this becomes: -

The bottom line is clearly (to some LOL) recognizable as the denominator in any damped resonant circuit where the various artefacts are: -

See this document and read the bandpass section to confirm. The above picture is an extract.

Not the answer you're looking for? Browse other questions tagged passive-networks bandwidth resonance or ask your own question.