How to isolate the microcontroller from power source?

The logic works fine, I was expecting the shift register and lights not to work when I don't plug in the auxiliary power source and just fired up the microcontroller. Right now, the microcontroller is powering all the LEDs and I don't want that.

Even though the schematic isn't perfect, here is my circuit: The resistances are 220 ohms +/- 10%. The shift registers are SN74HC595s. 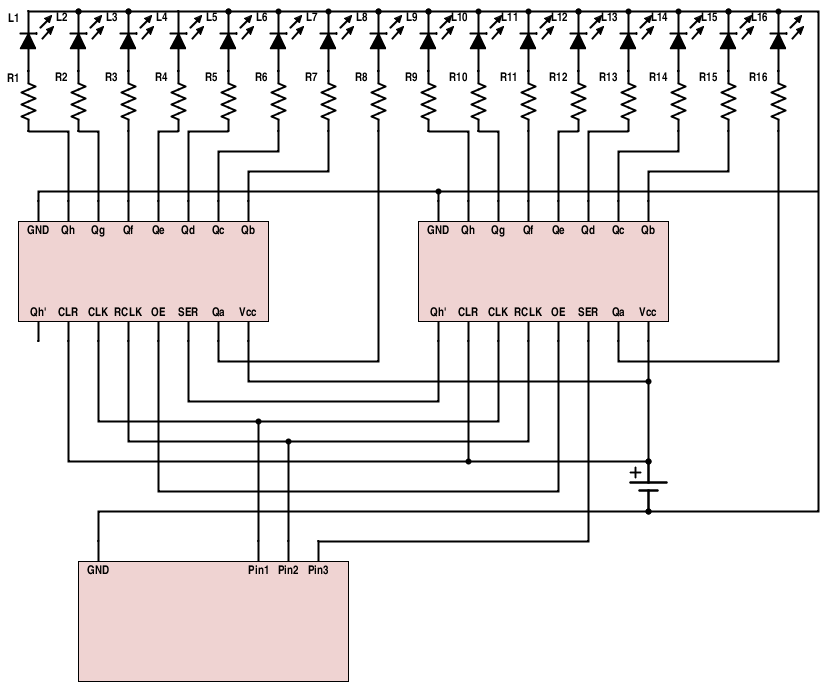 I did try to use transistors on Pins 1-3 from the microcontroller but the LEDs were still powering on without the external source of power.

As a secondary point, I know I should add one/some capacitors, but I'm not exactly sure where beside maybe a large one around the power source.

Edit: Here is the adapted schematic, in which the outputs triggers a transistor for each LEDs. I didn't replicate the transistor for every LEDs, but it's assumed that from Qa to Qh on both shift register, it's the same: 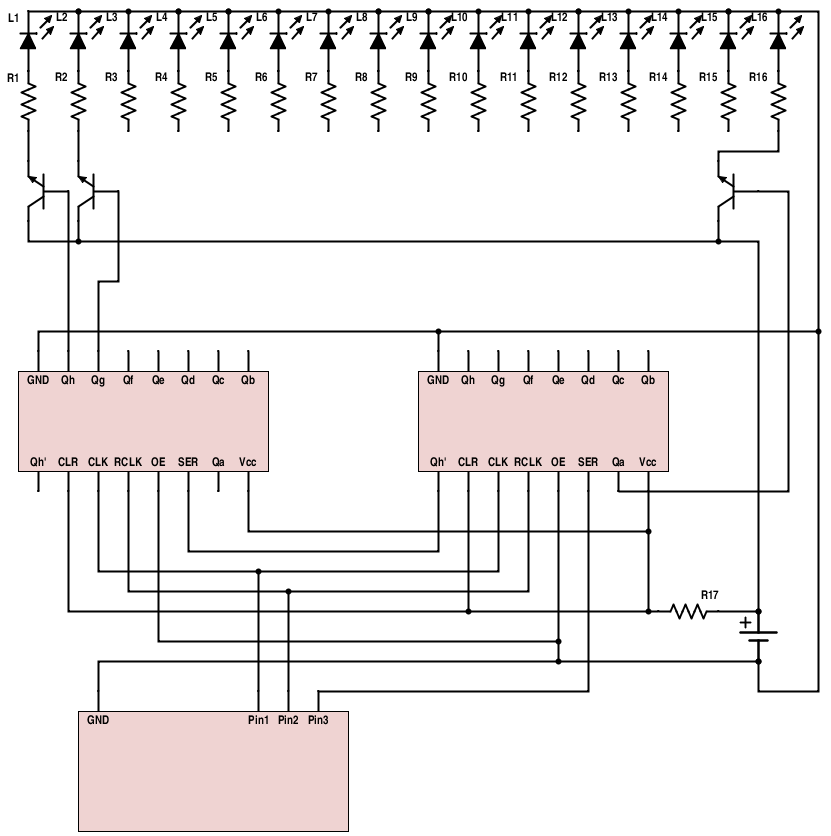 Not the answer you're looking for? Browse other questions tagged microcontroller shift-register isolation or ask your own question.

1
How to isolate two ground signals?