I cannot get my toner etch resist on to my copper board. I'm doing with the iron, but each time I try the ink does not transfer completely.

I've tried many things - applying some water on it, different paper type (regular glossy and magazines), etc. I do not own a laser printer so I get the design printed somewhere at Staples.

I sand my board, and clean it with 99% alcohol, and leave it soak for an hour after I'm done so the paper gets fully dissolved, but still I cannot manage to get the ink to transfer correctly on the board.

What do you think and what are the other easy ways to apply etch resist on a copper board?

Here is my etch resist design: 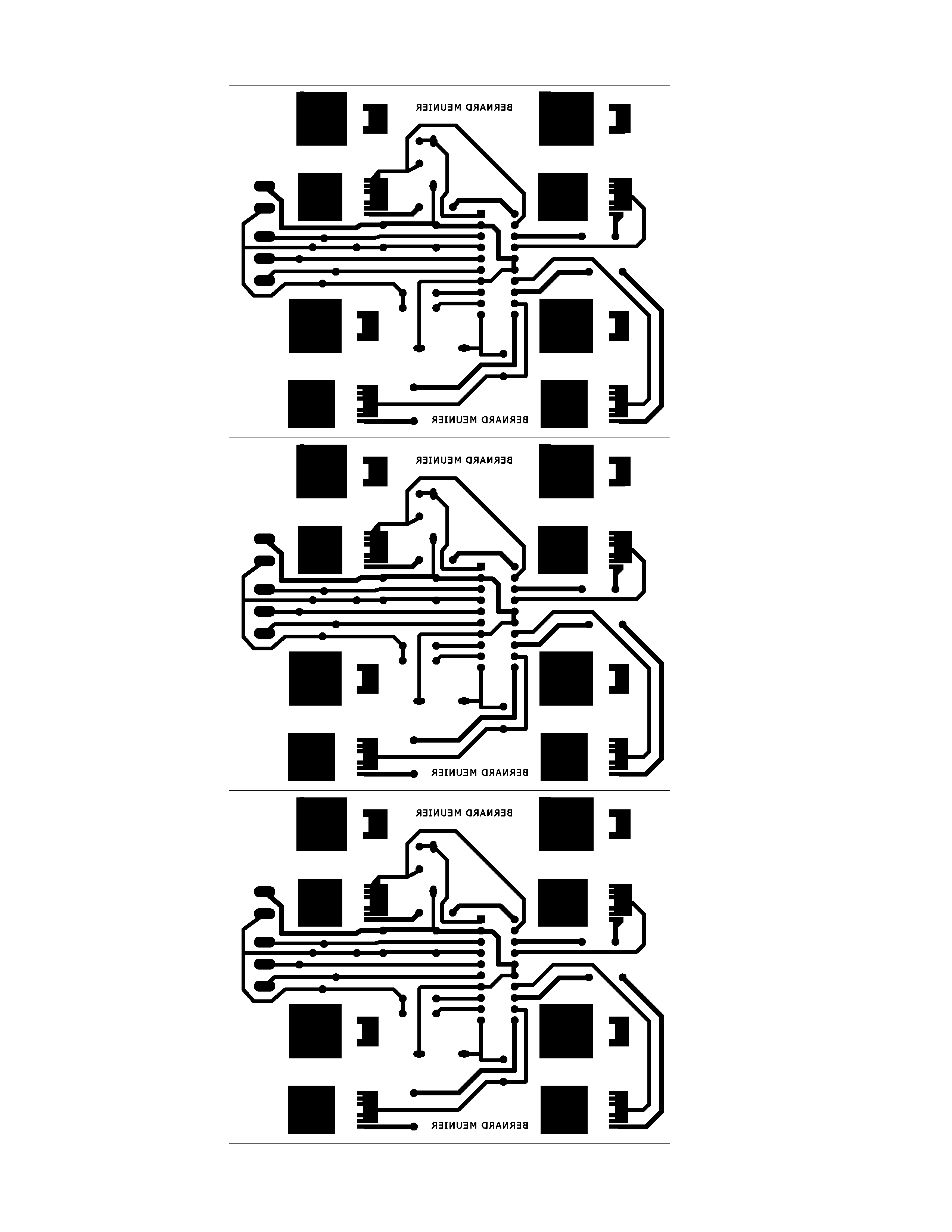 I've had the same problem with toner transfers and have given up on them. One tip is "Not all toner is the same". I use both Brother and Canon laser printers, OEM and after market toner, etc. and never could get a good transfer.

So what is the solution? I've found the photoresist dry film to be a great alternative. I'm still learning exposure times, etc., but it's certainly better than the toner transfer, especially when the toner transfer just doesn't work.

The photoresist dry film can be purchased in rolls or even in pre-coated PCBs.

The process for the film goes something like this:

You can also use the photoresist film to make a solder mask, which I thought was pretty neat.

I certainly think this method is the best one since the toner transfer failed no matter how many times I tried. The materials you need are inexpensive and easily found. I hope this helps.

Not the answer you're looking for? Browse other questions tagged pcb pcb-fabrication copper etching or ask your own question.

7
How can I print a grid of PDF PCBs
1
pcb etching paper and copper board
1
PCB layout toner transfer - ink printer
6
What type of paper is good for the toner transfer PCB process?
0
Problems with toner transfer method
3
PCB Home Made Keep Inkjet Or Buy Laser
2
Can I use the toner transfer tecnique to transfer the silk side to the pcb?
0
PCB Toner Transfer Method - How to remove toner when it fails before etching?
0
Beginner struggling with first time PCB etching - advice