I am having a bit of trouble trying to figure this out. The equation I come up with keeps canceling Omega out.

Simplifying this I get the frequency response to be \$\frac{1}{2}\$. I am fairly certain that his is not correct.

a) Your start equation is missing a factor 6, which is the value of the resistor.

The frequency response would then be:

When the frequency approaches infinity, the cap is a short circuit and the gain should be the parallel combination of the two resistor. That would be 12/8, you will reach the same value after calculating the limit with S-->infinity of the equation above.

This exercise is actually the determination of an impedance which is a transfer function: \$Z(s)=\frac{Y(s)}{U(s)}=R_0\frac{N(s)}{D(s)}\$ where Y(s) is the response (the voltage across the current source) and U(s) is the excitation or the stimulus. The raw transfer function is immediate and given by \$H_{ref}=(2\Omega+\frac{1}{s0.25F})||6\Omega\$. Unfortunately, if you develop this expression, you won't have a low-entropy form in which you can see poles, zeros and gain, if any. To determine this function is a few seconds (without a line of algebra), we will apply the FACTs as described here. 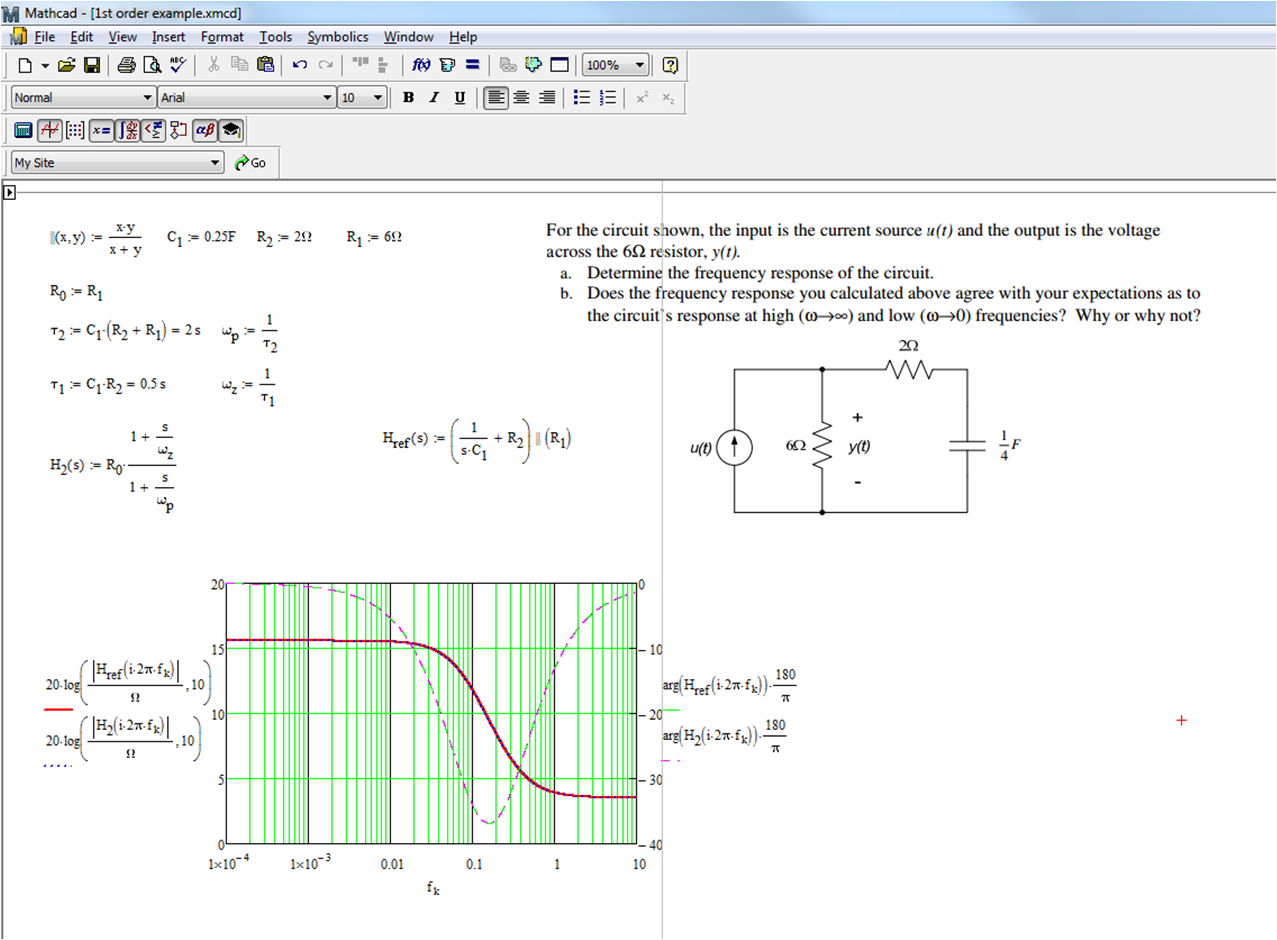 Not the answer you're looking for? Browse other questions tagged circuit-analysis frequency-response or ask your own question.

0
current amplification of a circuit containing a transistor
2
Help on superposition
0
Forced Response Test Bank Question
2
Solving for the impedance and phase shift in a series-parallel AC RCL Circuit with Complex Numbers
0
How to find the frequency of the AC source in RL circuit?
0
Second order circuit initial conditions
3
What exactly is Pole Frequency in a Filter and how does it affect the frequency response?
0
High pass RL circuit angular frequency
0
Maximum frequency of a high-pass filter
2
Understanding equation for the quality factor of an RLC circuit?