Bandwidth of inverting and non-inverting op-amps

If the same op-amp is used in both inverting and non-inverting modes (with same closed loop gain using appropriate resistors), will the closed loop bandwidth of the op-amp in both cases be the same? 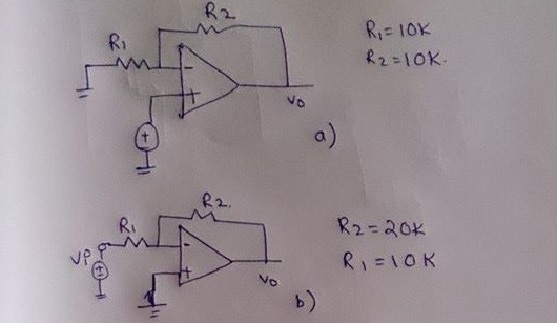 Now, if I assume unity gain frequency = 10 MHz, is the bandwidth for both 5 MHz? 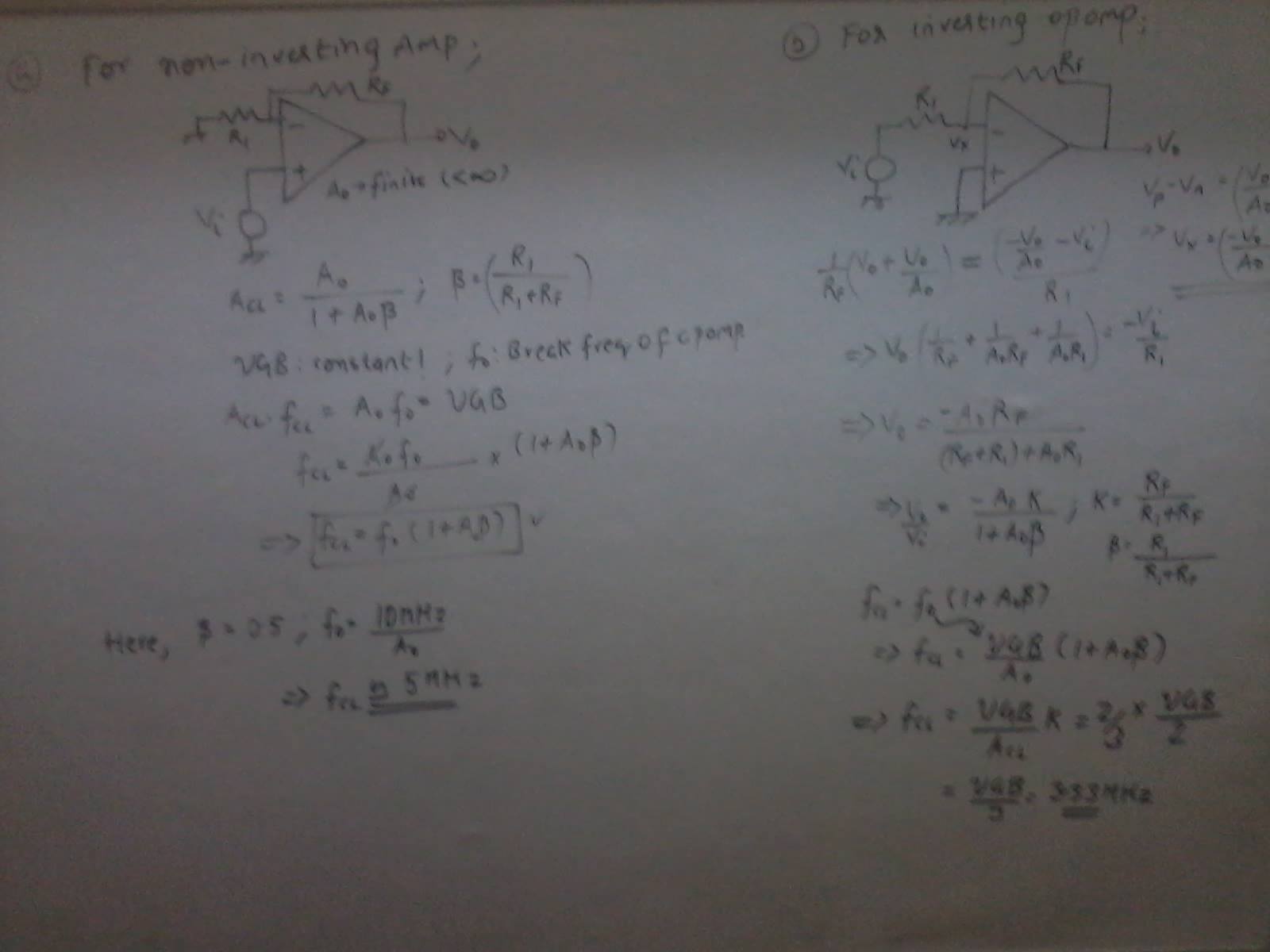 If I am correct, then why is the GBWP of the closed loop inverting op-amp less than that of the non-inverting counterpart?

There is a simple answer: The bandwidth for the closed-loop gain is determined by the frequency where the LOOP GAIN is 0 dB. In your example circuits the loop gain is not the same - hence, the bandwidth will not be the same. The circuit with the largest loop gain (non-inverter) has the largest bandwidth.

The denominator of the closed-loop gain formula is

From this, we can derive that "something" happens when \$LG=1\$ (0 dB). At the corresponding frequency \$ \omega_{o} \$ we have a real pole (think of the behaviour of a first-order lowpass). And this pole gives the frequency where the 3dB-bandwidth is defined.

I should add that this is a simplified explanation; a detailed explanation involves the open-loop gain Aol and its frequency response:

Hence, the transition from the first region to the second region is at the cut-off frequency wo.

You're are basically correct. The derivation of the formulas can be found in multiple places e.g. 1 or 2 and the books cited therein, so I'm not going to do it here; you've also done it correctly.

In a nutshell, if \$f_T\$ denotes the Unity Gain Frequency for the open loop opamp and \$f_B\$ denotes the same for a given circuit with circuit gain \$G_0\$, then

What this means is that for the inverting opamp circuit the worst case is going to be \$ \beta=1/2\$, \$G_0=-1\$, when you'll only get half the bandwidth of the non-inverting circuit!

And to actually apply these equations to your example[s]:

Okay, so I am pretty late to the party, but I just thought I would provide future ponderers with a single equation to solve this for either inverting or non-inverting amplifiers of this nature:

To show this with the above circuits:

The above example assumes an ideal op-amp. If you wish to find the true bandwidth of the circuit taking into consideration the effect of finite open loop gain and frequency dependence, you must consider the gain of the circuit at the -3dB point.

Then the same is also true for the inverting circuit. Therefore, to answer your original question...yes, the two circuits will indeed have the same bandwidth. However, the bandwidth is not 5MHz, it is 7.08MHz. I hope this helps.

Yes, barring limitations in the external components. To get a rough idea of minimum bandwidth, divide the opamp's gain-bandwidth-product by the absolute value of the closed loop gain. That is the same whether inverting or non-inverting. Therefore in your example, assuming the opamp has a minimum GBP of 10 MHz, then both the circuits have a minimum bandwidth of 5 MHz.

To be pessimistic, assume 20 pF caps are added to ground and maybe 10 pF across components wherever they would reduce the bandwidth. For example, assume 10 pF across R2 in the second example. 10 pF and 20 kΩ have a 800 kHz roloff, so 5 MHz is way past reasonable expectations. We can work this backward and find the resistance that has 5 MHz rolloff with 10 pF, which is 3.2 kΩ. Since you'd actually be 3 dB additional down for every filter at the rolloff frequency, you want that to be at least a octave, preferably 2-3 octaves, past the frequency of interest. In this case, 1 kΩ would be a good choice for R2, with the other resistance scaled accordingly.

Not the answer you're looking for? Browse other questions tagged operational-amplifier feedback bandwidth gain-bandwidth-product or ask your own question.